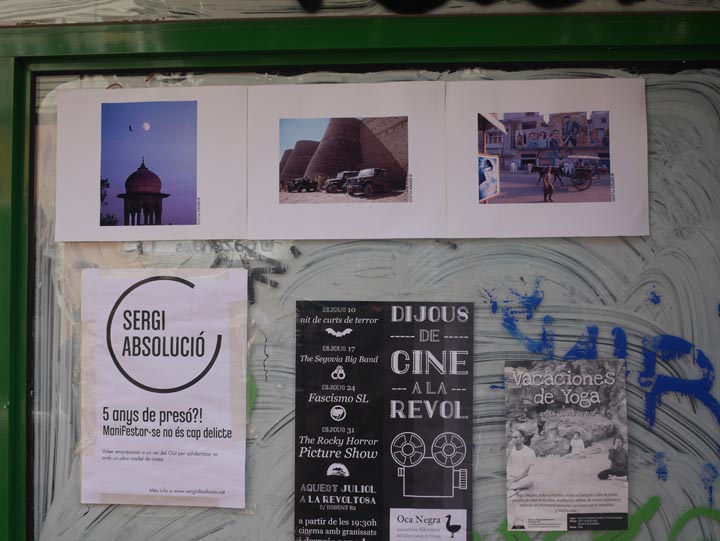 From left to right: Mughal cupola Peshawar, Pakistani Army vehicles in the slim shadows of the Derawar Fort in southern Punjab, and the exterior of a cinema in Peshawar, Pakistan circa 2000. ©2014 Derek Henry Flood

Barcelona- I installed two triptychs here in Barcelona the other day from when I was conducting my senior thesis in Peshawar, Pakistan back in the autumn of 2000. The one above was on an abandoned storefront in El Clot while the one below was on the side of the Mercat de Poblenou while it was quietly closed on a Sunday. This was a component of my original concept before 9/11 to put up imagery on both sides of the Atlantic in order to educate a viewing public by employing the style of street art phenomenology that was so prevalent in southern California at the time.

Little did I know that while I was in Peshawar trying to persuade the Taliban to grant me entry to photograph the countryside and monuments of the land the controlled most of, Mohammed Atta, Ziad jarrah and others had already recorded martyrdom videos outside Kandahar 10 months previously.

So now 13 years on, I’m still doing my idea. The world has ostensibly changed in the interim but that can’t always negate a vision. 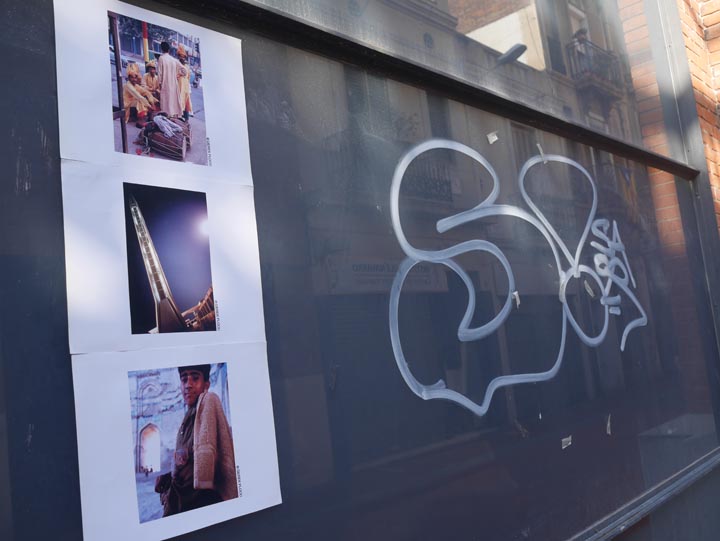 From top to bottom: Punjabi dhol drummers in Peshawar, a minaret at the Shah Faisal masjid in Islamabad, and a boy with a ferret in Uch Sharif, Pakistan circa 2000. ©2014 Derek Henry Flood

← Out the Window
Destroying Existing State Systems to Build New Ones →