Room with a view. In the comfort of the EU with my mind adrift in other places. Barcelona is obviously home to the age-old vociferous Catalan separatist movement but all in life is relative. In terms of veracity, when one looks at other realms of separatism in the east that invoke large-scale political violence and weave in acts of state-sponsoered terrorism, such movements in the heart of the West in Scotland, Flanders or here in Catalunya are quite tame. ©2014 Derek Henry Flood

Barcelona- After an egregiously long sabbatical in the chunky, ‘polar vortex’ torn streets of NYC, I finally made it back across the Atlantic. I put plans for returning to Iraq’s Green Line and Ukraine’s chaotic Donbas region on hold for the time being to work on a couple of armchair pieces. As a perennial freelancer, sometimes a sure thing outpaces an unsafe bet and so I’m remaining in the West for the moment.

I brought loads of prints over to do some more photo walls as I had been doing the previous month in Long Island City. In my original idea conceived in 2000-2001, I had wanted to plaster prints up on either side of the Euro-Atlantic community to pique interest in the historical juncture of Central-South Asia in order to bring attention to that region’s political maelstrom by appealing to the public with its beauty. Such was not to be.

As I’ve alluded to in prior posts, those plans were imediately tosed out the window after 9/11 because it was going to involve obtaining an Islamic Emirate visa for Afghanistan which was immediately unrealistic despite my efforts of reaching out to members of the Taliban in Peshawar, Pakistan and Flushing, Queens just before the attacks.

Now well over a decade on, I hope to close that loop albeit under far different circumstances. Below I’ve posted snapshots of my final two projects in the U.S. Hope to do some new ones here very soon… 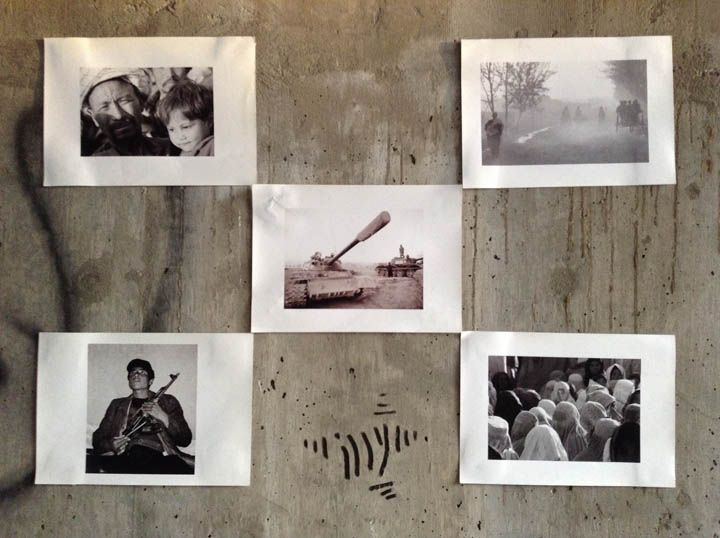 My final photo installation in Long Island City, Queens. These images were shot in Takhar, Badakhshan, Balkh and Kunduz Provinces, Afghanistan over the span of a month in November 2001. ©2014 Derek Henry Flood

These prints were from an exhibit I did in the fall of 2008 on the stateless Rohingya crisis. I shot these on the Teknaf River that marks the Bangladesh-Burma border. I put these up near the entrance to the Queens-Midtown Tunnel. When a Triborough Bridge policeman asked me what the hell exactly was I doing, I reflexively responded that I was beautifying a blighted area. ©2014 Derek Henry Flood