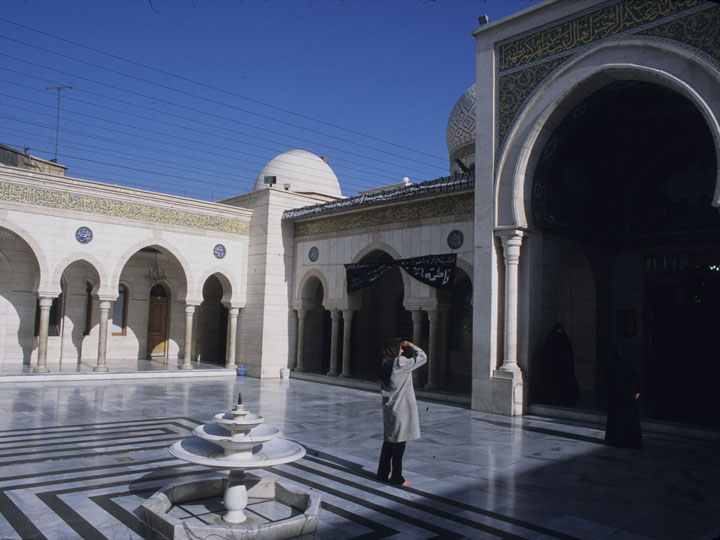 The 1980’s-era Iranian-built shrine complex of Sayyida Ruqayya, Imam Hussein’s daughter, north of the Umayyad mosque in Damascus’ Old City. While I hung out there Iranian pilgrims quietly milled around the site in awe. I dug this image up while mentioning Damascus in my writing today. So many places I’ve traveled to may be inaccessible now due to war or the ability of regimes to google journalists perhaps. ©2002 Derek Henry Flood

“A man who has been through bitter experiences and travelled far enjoys even his sufferings after a time”-Homer, The Odyssey

Thira- Back on Santorini after two months in Barcelona doing some long form writing and not near the bustle of any major city, although some of the drivers here think they’re racing to beat a red light in Athens. I’m keeping my head down from the constant news out of Syria, Iraq, Ukraine, West Africa or even Scotland or Catalunya.

My Magyar friend Patrik gave me an impromptu motivational talking to in Barcelona mid-summer. He’s off to Turkmenistan this week to see the Darvaza Crater a.k.a. the Door/Gate to Hell and view the absurdities of Ashgabat. When I was in Turkmenistan 13 years ago I didn’t dare take my camera out of the hotel due to the pervasive paranoid there. That’s one place, like Damascus pictured above, I’d very much like to return to.

I read yesterday that cruise ship traffic to this island is down because of “political instability in the eastern Mediterranean.” Santorini is nowhere near Syria. Are people worried about Achille Lauro redux? It kind of reminds me of being in Budapest in 1999 and the drop in tourism was credited to the NATO campaign in Kosovo. I understand people being risk averse. But sometimes boundless precautions are a bit over the top. I doubt IS is going to suddenly overwhelm Tartus and then begin a Somali pirate economy. But what do I know.

The shooting down of a passenger jet over eastern Ukraine may have seemed unlikely until it happened. Weird to think a place as tranquil as this is somehow affected by Syrian chaos in a butterfly effect for lack of a more original term.

On an unrelated note, my 2011 biography on Khalifa Haftar was cited in Libya: from Repression to Revolution: A Record of Armed Conflict and International Law Violations, 2011-2013 edited by M. Cherif Bassiouni, Emeritus Professor Law at DePaul University.  A 2012 article I authored from Mali for CNN was cited in Fragile Stabilität – stabile Fragilität (Fragile stability – stable Fragility) in a chapter written by Scott G. McNall, professor of sociology at the University of Kansas and George Basile, Professor of Practice, School of Sustainability at Arizona State University. Very pleased to learn of these citations. 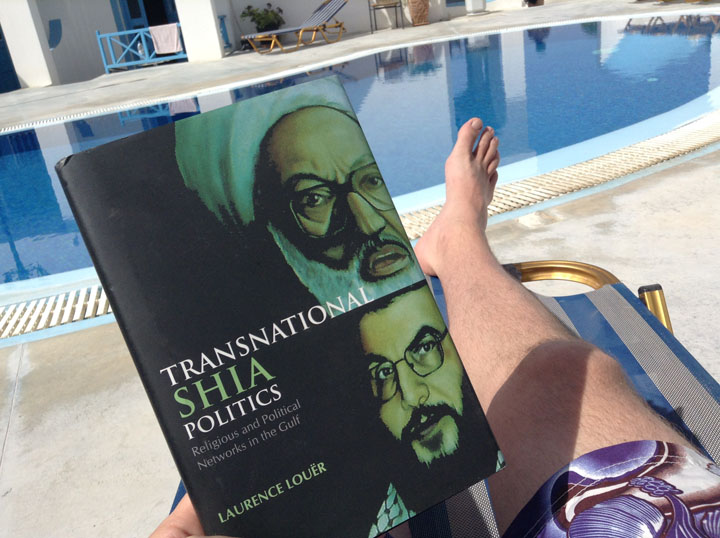 Poolside reading here in Karterados. Taking a break from news and social networks for a couple weeks to focus on my own writing rather than the constant drumbeat of political violence and trends in secessionism that dominant today’s inescapable news cycle. Sometimes one has to shut down and look into longer term trends.  of©2014 Derek Henry Flood

← When an Anniversary Becomes History
Sunsets of Fire →