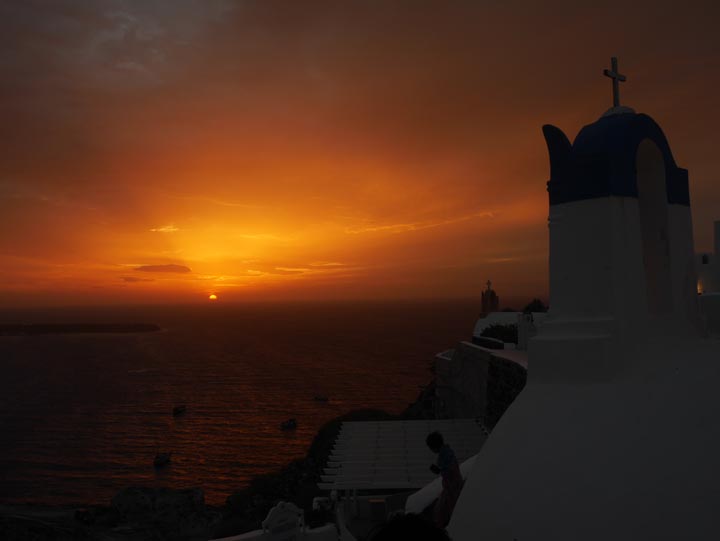 A typical sunset as seen from Oia. A cliché to be sure, but undeniably timeless. ©2014 Derek Henry Flood

Thira- I’ve been existing in my news vacuum here for just about two weeks. I wanted to see if I could go 14 days without ingesting any news. Taking a break from breaking news on beheading videos, leading from behind the curve Obama speeches, people ranting about Putin and Putin not caring whatsoever etc. I’ve been doing some personal projects here with photo installations, writing, catching up on some old books I never finished in NYC over the years, and simply socializing. No one talks about world events here as if nothing is happening.

When I was here a few years ago and anti-austerity protests in Athens had a causal effect on the island with sanitation, airport and ferry strikes being instigated in solidarity here, we talked about Greek politics as it was unavoidable in the context of that time. My achilles heal however was my new hobby Instagram account. I was following a journalism power couple who work for opposing news outlets and when I noticed they were both on the same story at the same time next door in Turkey, I knew I was missing something big.

Otherwise I’ve had no inkling of what’s going on beyond the island save for a snippet I saw of a Greek news broadcast in a mini market talking about the crisis spilling over into arch rival Turkey. People are here to do yoga retreats and party. It’s fairly simple. 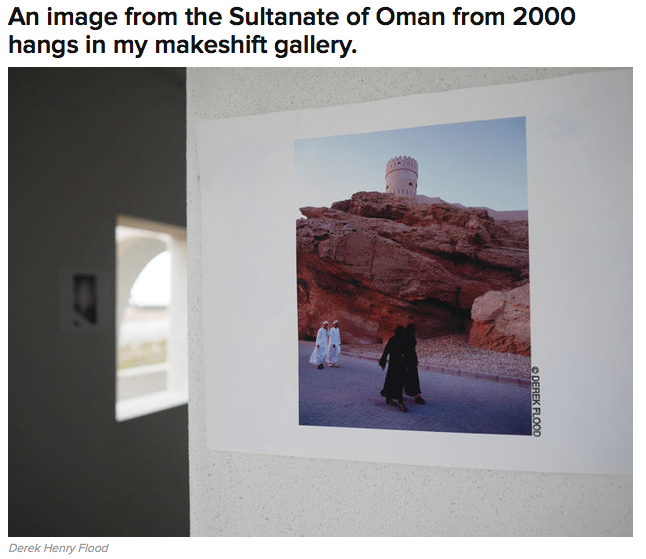 I put images of my guerrilla art gallery on Buzzfeed just to get the project out there. For years and years, I’ve had a drawer of old prints sitting around from the turn of this century that have never seen the light of day and I finally decided it was time to do something with them that I had envisioned at that time. 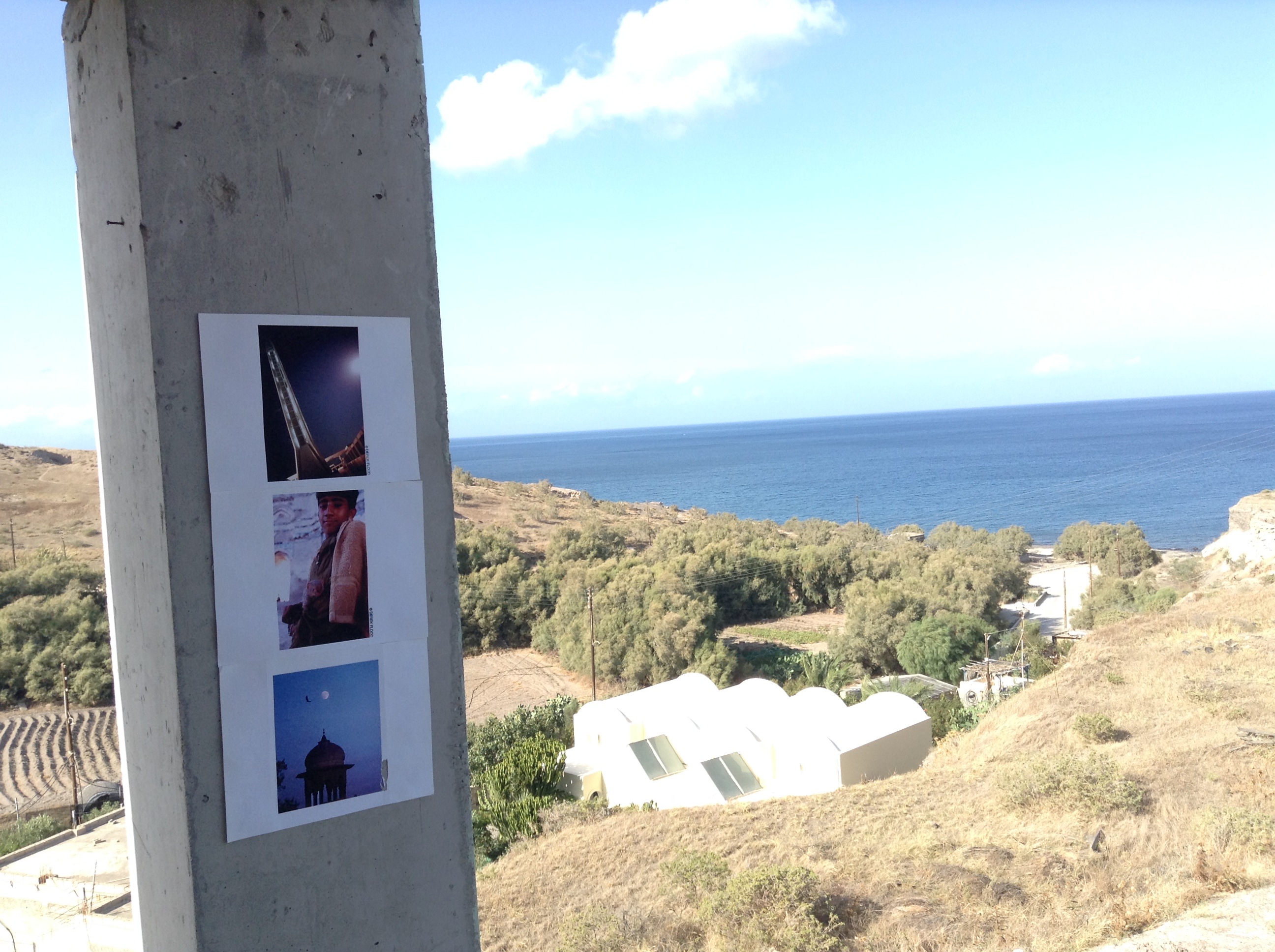 I did another installation in an unfinished hotel near Monolithos Beach. ©2014 Derek Henry Flood

In other news, I very belatedly saw that I was quoted in early 2013 on PBS NewsHour/Council on Foreign Relations titled What Is Al-Qaida in the Islamic Maghreb (AQIM)?. In no way a new development but I only now noticed it. More recently my work from Kirkuk in 2013 was cited by Stanford’s Mapping Militant Organizations project in its entry on JRTN. 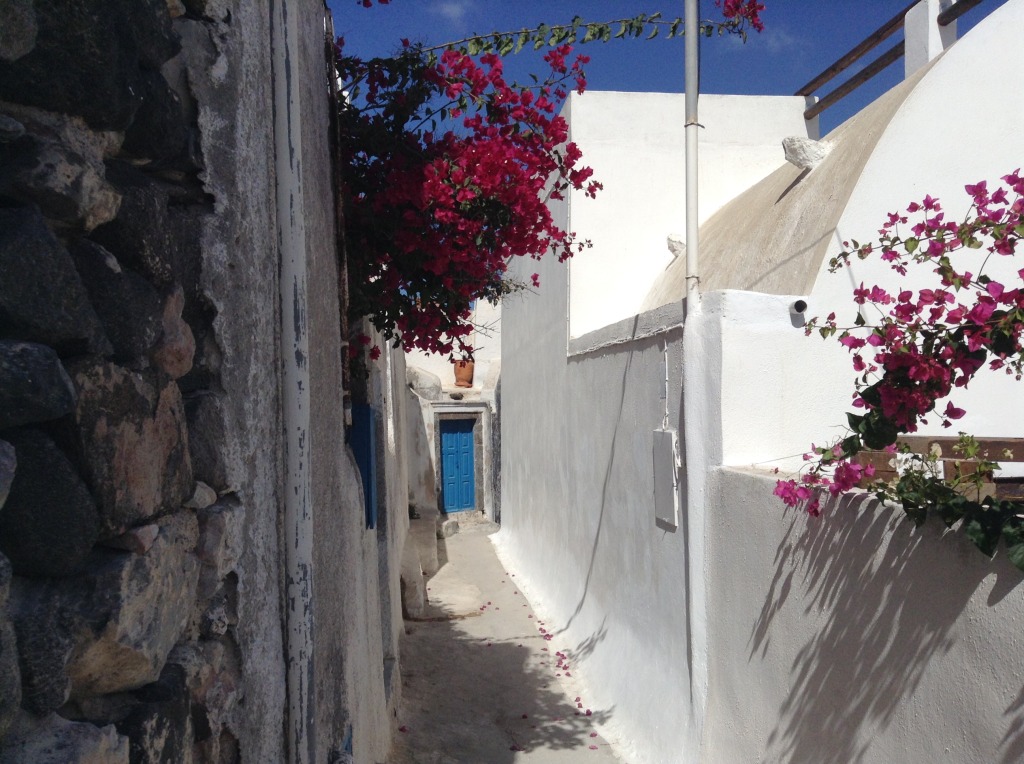 Down the backstreets of Pyrgos. Quietude. ©2014 Derek Henry Flood