The Sirvani mosque dating back to the Mamluk dynasty lights up at dusk near Gaziantep’s hilltop castle. A moment where I realize why I fell in love with this region to begin with. It’s deep history is far more enriching that the day to day politics that often consume us. ©2014 Derek Henry Flood

Gaziantep- It is being reported that four people have been killed in clashes between Turkish ethno-nationalists and Kurds here tonight according to CNN Turk. I was just outside the main government hospital while going to an all-night bakery and didn’t notice anything out of the ordinary. It’s shameful that the civil war in Syria is awakening ethnic tensions here. Earlier today I was talking to the receptionist at the hotel about how luckily there wasn’t a curfew here as had been imposed in other cities this week. That could change.

I arrived in Gaziantep in the middle of the night to make my way to the somewhat Orwellian media circus adjacent the siege of Kobane. I assumed most journos are basing themselves in Sanliurfa though I met a French TV correspondent that was on my flight telling me she and her crew are staying here. The Kobane crisis is pathetic on so many levels. The YPG, the PYD’s military wing has their backs against the wall with the wall being a barbed wire border fence backed by Turkish tanks. Turkey refuses to step in a rescue the PKK-aligned YPG (or Syrian wing of the PKK if you prefer) because that would save a sister organization that the Turkish forces have formally been at war with on and off since 1984.

After 30 years of guerrilla war in southeastern Anatolia, Ankara may prefer to let IS come right up to its border rather than help the enemy it knows. To the Turks, both movements are unpalatable and the only options were complicated highly politicized ones that suit their agenda for which those under siege in Kobane do not have time. Even if American aerial bombardments can stave off the IS advance as it purportedly brings in reinforcements from Raqqa, there is for the time being no way, at least that I know of, for the YPG to be resupplied with munitions, not to mention food and potable water. 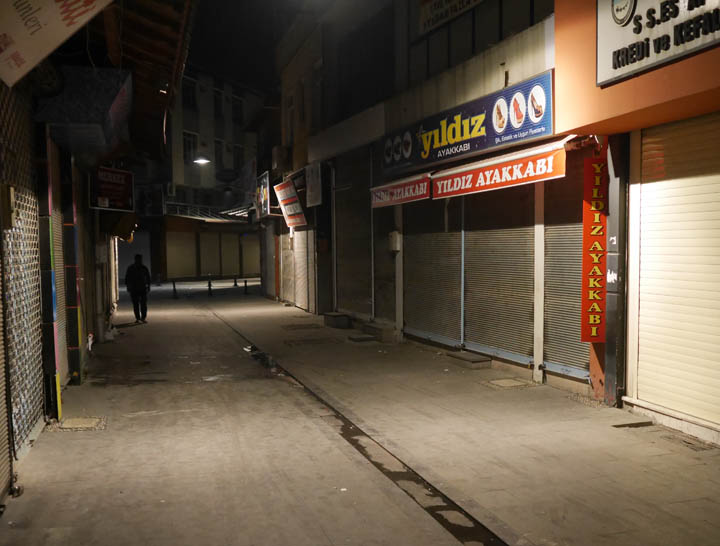 A world away from touristed western Turkey, Gazaintep’s streets are eerily quiet after sundown. Last night I got chased by a pack of feral dogs at 3am as soon as I stepped out of the hotel looking for food. No such vibe in the seaside town of Marmaris where I’d just come from. This is not a party town. ©2014 Derek Henry Flood 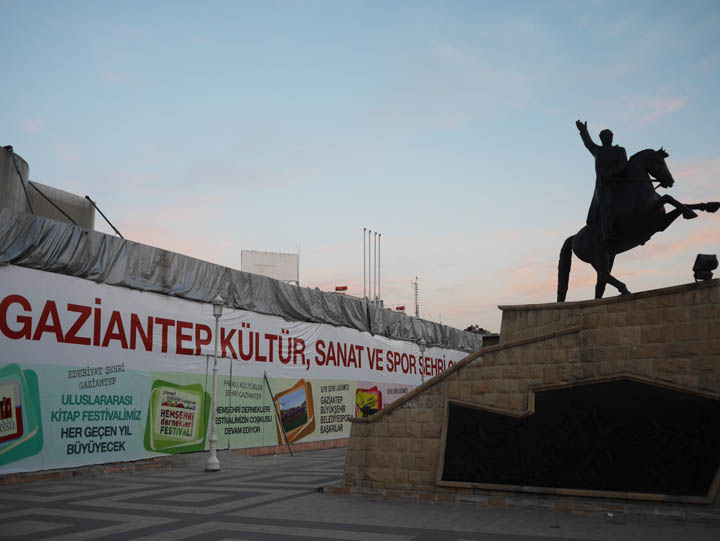 The Kemalism is first became acquainted with here in Turkey in the 1990s just feels as if its in overall decline in the Erdogan AKP era of today. ©2014 Derek Henry Flood

← Sunsets of Fire
The Border →