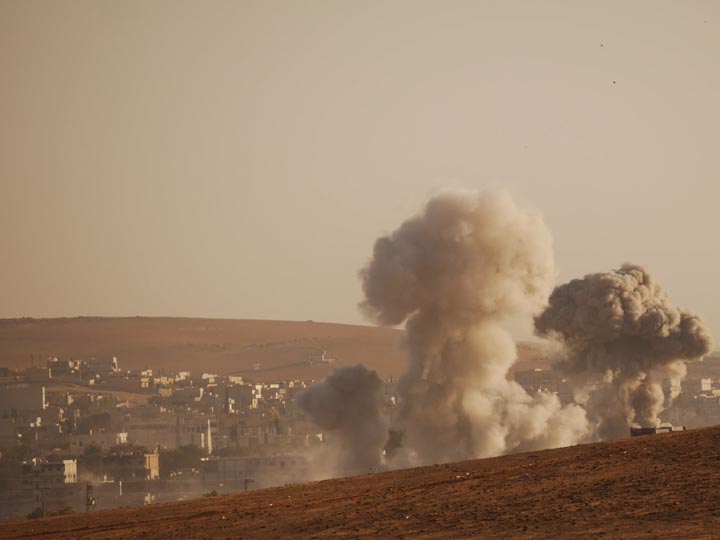 The foreign intervention in Kobane is very asymmetric without coordination from fighter jets and YPG commanders on the ground for targeting purposes (unless there is backchannel coordination we on the outside are somehow unaware of).. ©2014 Derek Henry Flood

Murşitpinar- Things have been hectic here in recent days and I don’t have time to write much text for TWD but wanted to put up a few images that might otherwise go unseen. The battle for Kobane is nothing short of brutal and it is happening in front of local and global media outlets which makes it that much more frustrating that the international community cannot stop something it can see in real time. Syria is the most dangerous place on earth for journalists and here in Turkey we have found a bit of a safe haven.

Much of what we see from the war is via youtube and after I went to Idlib Governorate in early 2012 I didn’t return once the hostage taking metastisized later that year. I nearly went to Rojava (PYD-controlled Syrian Kurdistan) last year but backed after I decided the risk wasn’t worth the reward in that particular crossing. Warfare so close to the relative security of Turkey has made for a kind of perverse theater but it has at least put the Islamic State in view of the public for the first time not through their own visual propaganda. 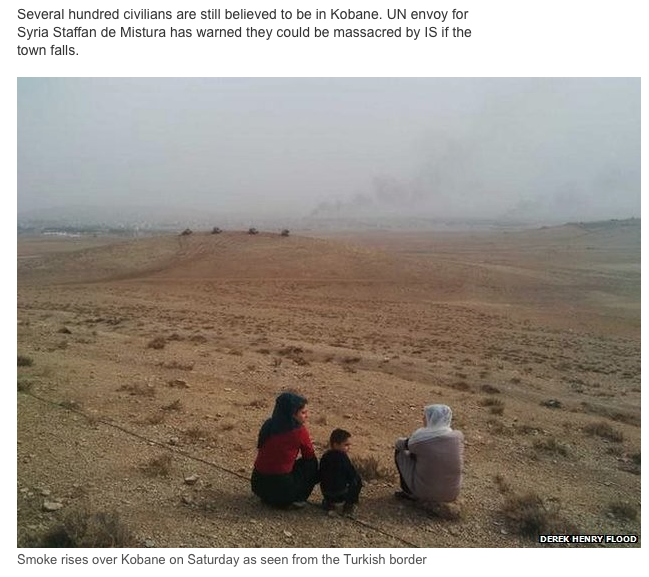 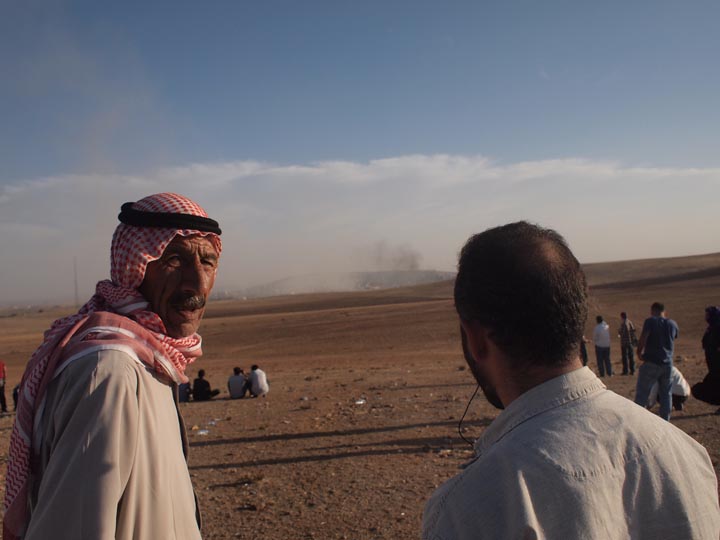 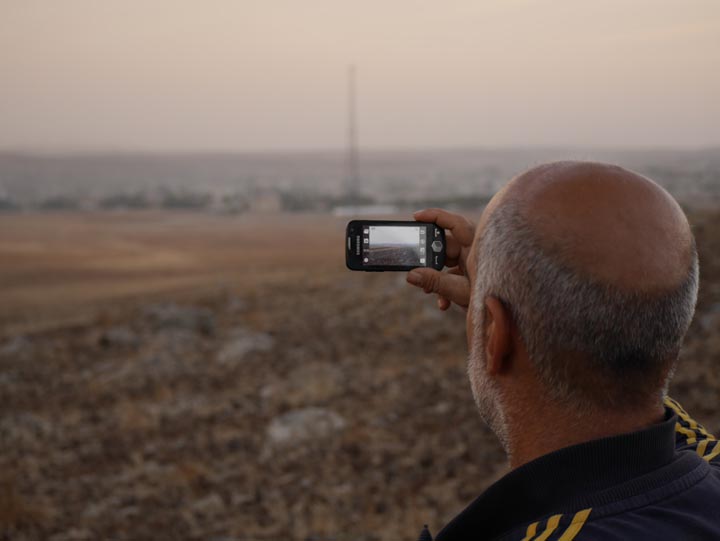 Kurds from all over have descended upon southern Turkey’s border with the PYD-YPG ‘canton’ of Kobane but can do nothing to aid in its defense but only observe due to an ever-tightening Turkish blockade. ©2014 Derek Henry Flood

Turkish Tanks Moving Outside Siege of Kobane Syria from Derek Flood on Vimeo. 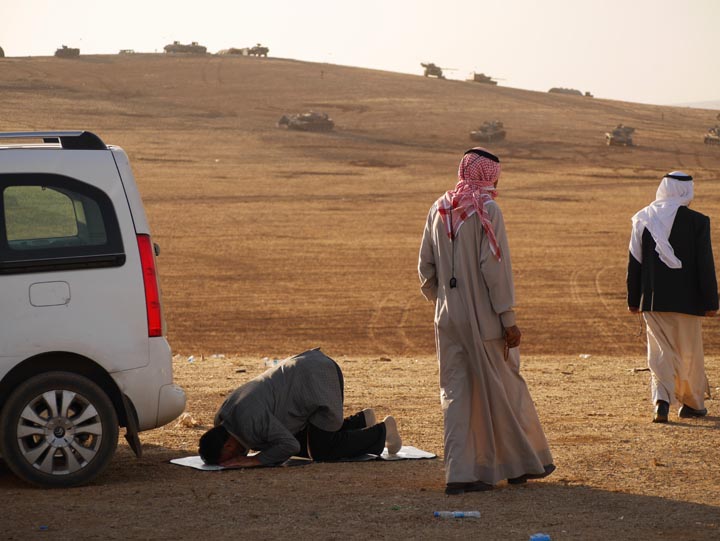 ← From Gaziantep
The Siege →