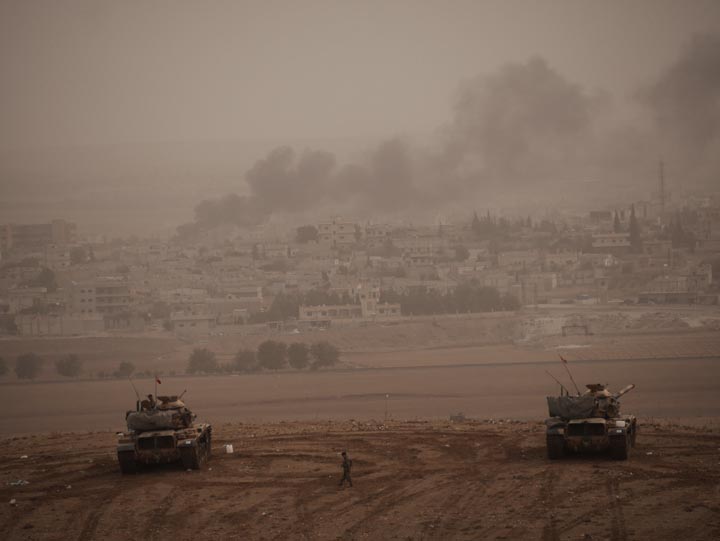 Turkish tank position on a hill overlooking Kobane, Syria. On this day the air was filled with a thick haze but the pungent black plumes were still very much visible form the city’s embattled skyline. ©2014 Derek Henry Flood

Murşitpinar- Don’t have time to crunch out much text today as I’m firing off a few reports from the past few days for a client but I wanted to post some more images of the siege of Kobane. While it has fallen down the headline mast a bit what with people back home being enthralled by the Ebola drama that has breeched the West from West Africa, the war here is still ongoing.

The Islamic State is not letting up on their target of this now desolate Kurdish-majority town as the YPG/YPJ fighters hang on for dear life. US-led bombings continue but Turkey’s position toward the PYD’s militia has not fundamentally changed. Meanwhile there are competing narratives over the Incirlik basing use agreement as Foreign Minister Mevlüt Çavuşoğlu insists Turkey has not made such an agreement, thereby contradicting an earlier statement by Susan Rice.

The predictions a week ago that the city would fall have so far not panned out as cynics warned. It may indeed fall but for IS their predictions of celebrating Eid in their hoped for killing fields of the YPG have fallen well short.

Suruç, once a quiet agricultural district famed for its pomegranate orchards, is now overwhelmed by the influx of civilians fleeing the siege of Kobane. ©2014 Derek Henry Flood 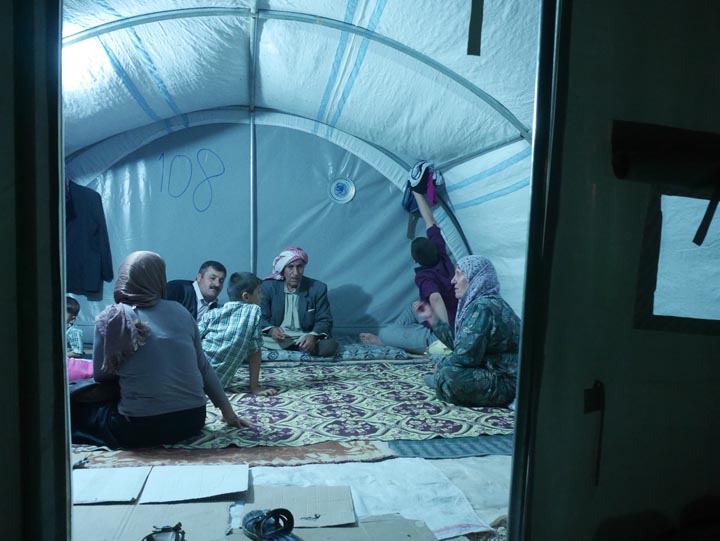 Refugee tents here are being erected by the dozen to cope with the crisis. There is something not right with the world when we know how to create such environments so quickly and efficiently. Too many wars. ©2014 Derek Henry Flood 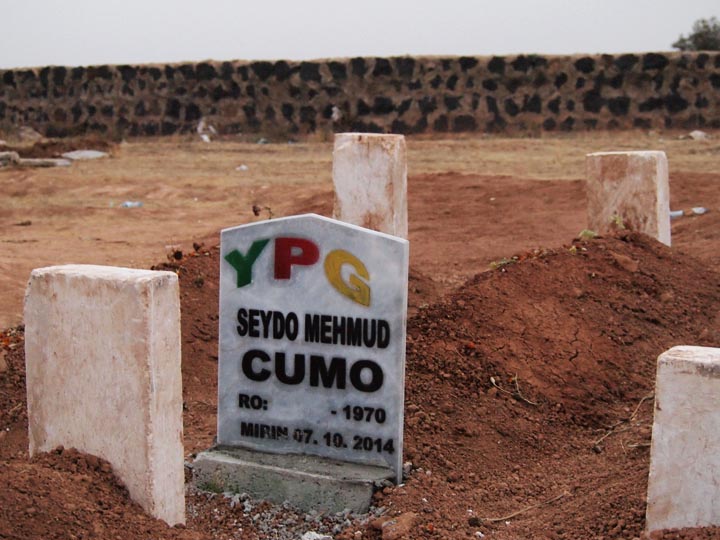 The hastily made grave of a YPG guerrilla in Suruç, killed while defending the city from a much better armed Islamic State onslaught. ©2014 Derek Henry Flood 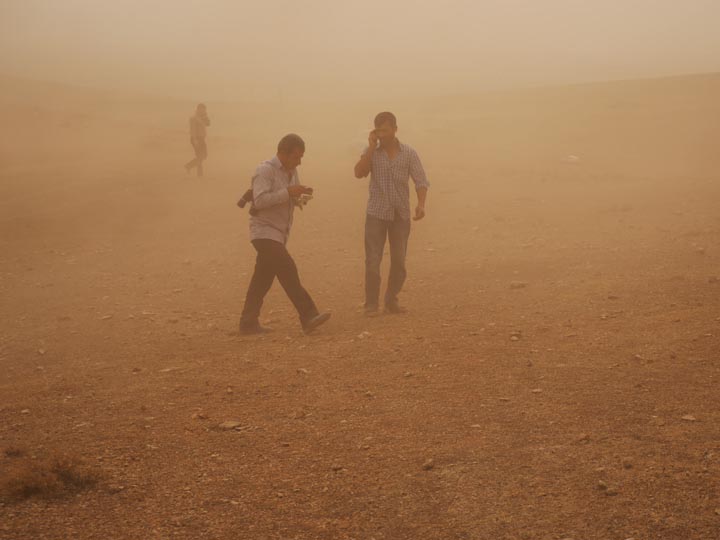 Nothing to see here. Turkish security forces at times seemed like they were playing a cat and mouse game with journalists and civilian activists alike, dispersing us from one hilltop to the next. I’ve read that some people believe that Kobane is being over emphasized by the media at the expense at the rest of Syria’s civil war. They refer to this site as “the hill of shame.” Yet these same naysayers would say shame on the world if nobody at all came to cover it. Some people just like to take diametrically opposing positions for the sport of argumentation it sometimes seems to me. ©2014 Derek Henry Flood

← The Border
The Intervention →