Barcelona- In the new issue of Jane’s Intelligence Review, (subscription required) I have an interview out with Ambassador Kaha Imnadze who represents the Republic of Georgia at the United Nations along the banks of New York’s East River . We spoke in early September on the heels of the NATO summit in Newport, Wales. We had a lot to discuss relating the Georgia’s signing of the EU Association Agreement earlier in the summer which acted as a veneer of raison d’étre for Russian’s invasion of Ukraine. 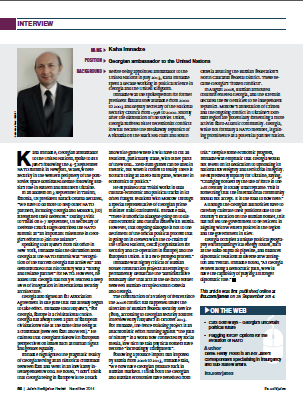 With Georgia already having two occupied regions where the overt presence of both Russian troops and intelligence agencies act as a shadowy reminder that this frozen conflict can reheat should Russian policy dictate so or a resurgent Georgian nationalism stumble into another fight that it cannot win on the battlefield.

Georgia occupies a unique place in the world in terms of both cartography as a mountainous land bridge between the Muslim and Orthodox worlds in broadest terms and geopolitically where it could potentially act as a robust diplomatic conduit between Iran and the West. Straddling vital energy routes, Georgia maintains amicable relations stretching from Washington to Tehran as if a fusion of its warm hospitality and realpolitik.

When asked how such a small nation can skillfully exploit its underappreciated diplomatic potential, Imnadze mentioned Georgia’s ancient history in relation to how it has lasted mostly intact for centuries.

Despite marauding powers hailing from Slavic, Turkic, Persian and other empires vying for power in a wider South Caucasus which acts as a natural land bridge between the Caspian and Black Sea regions as well as between the Middle East, Iranian plateau and Russia, for Georgians to have survived for so long in this contested environment, they seem to have in inherent diplomacy “in their DNA” as Imnadze put it to me. 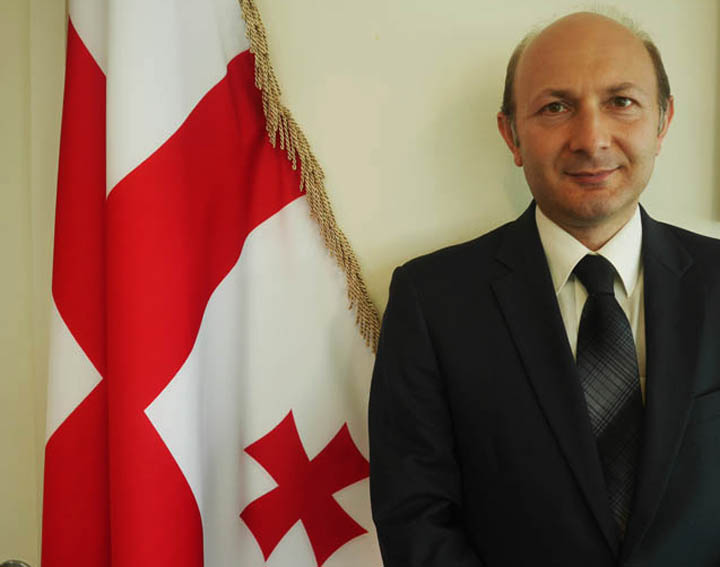 One thing to remember is that Georgia’s democracy is very much a still evolving one. It’s just transformed from a presidential system to a parliamentary style democracy. The ex-president is running around Williamsburg for some reason. The parliament that was relocated out to Kutaisi is being at least partly moved back to its home in Tbilisi.

And though Moscow has pursued two largely different policies with regard to South Ossetia and Abkhazia–the former being a lightly populated space which has a thin veneer as a republic but is thought of a more of a glorified Russian base-building project while the latter has more palpable politics. Abkhazia is also possible to actually visit as an outsider on a tourist visa while what transpires in Tskhinvali is cloaked in mystery.

Despite Georgia’s challenges, it is comparatively a beacon of light when compared to its neighbors, Azerbaijan, Armenia, not to mention the violent republics of the North Caucasus to the north.