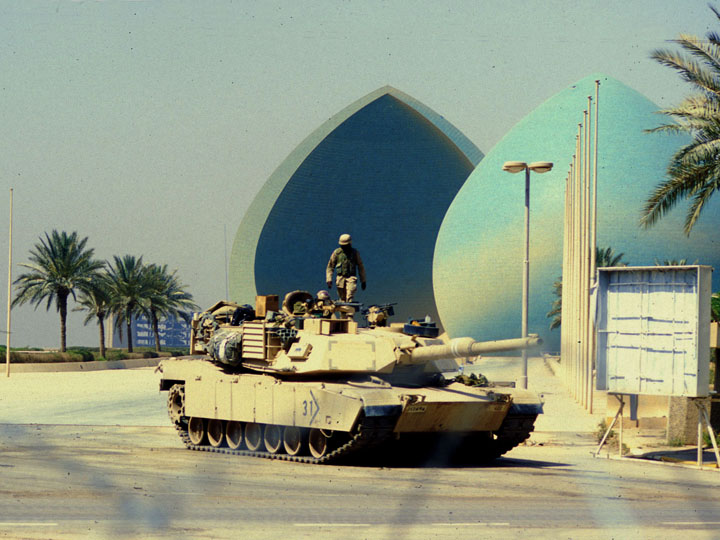 An American tank occupying al-Shaheed (the martyrs) monument along the east bank of the Tigris. I asked the soldier guarding makeshift checkpoint what the purpose was of having tanks in the particular space and none of them could give me a solid answer. If you go to Iraq looking for answers, it is likely you will find none. ©2003 Derek Henry Flood

New York- I’ve been delving through my archives of late in preparation for an upcoming series of television appearances the rise of dictatorships mostly in the latter half of the twentieth century. Poring over my stock from Baghdad and thinking about the current offensive to retake Tikrit, it all just seems so utterly unnecessary. How many times can the Republic of Iraq be torn asunder? For years, people have predicted Iraq’s imminent: demise, federalization, breakup, fissuring, and even inevitable  unity based on the fact that Iraq has stayed together this long. The central government just seems to plod forward, rudderless, ill adept at maintaining control of the whole of its territory.

Whether Iraq will hold together as a single political geographic entity or can’t stop from breaking up is neither inevitable nor unthinkable. What is not terribly helpful is the sheer polarity of such predictions that often don’t consider the interests of ordinary Iraqis who have been in a state of war or siege essentially since 1980. 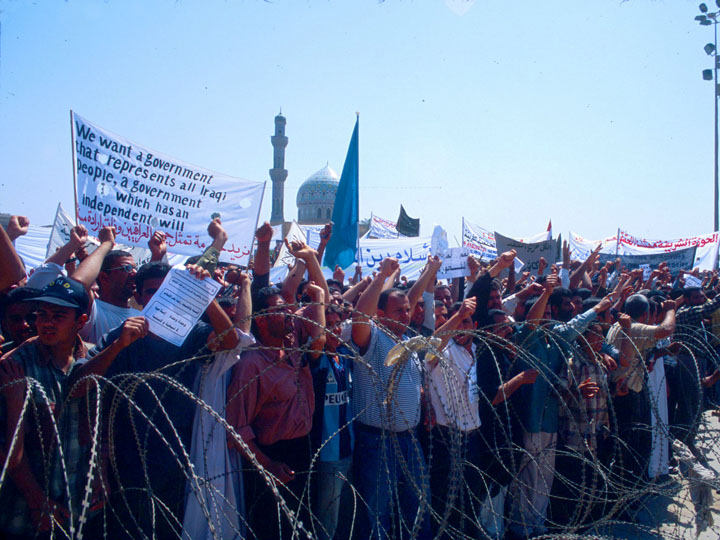 The Iraqis were literally telling the Americans in English that Iraq must remain a sovereign nation. The White House and the Pentagon in all their mixed messaging had said they were liberating the Iraqi public writ large from a tyrant. The writing wasn’t on the wall, it was on the banner. ©2003 Derek Henry Flood