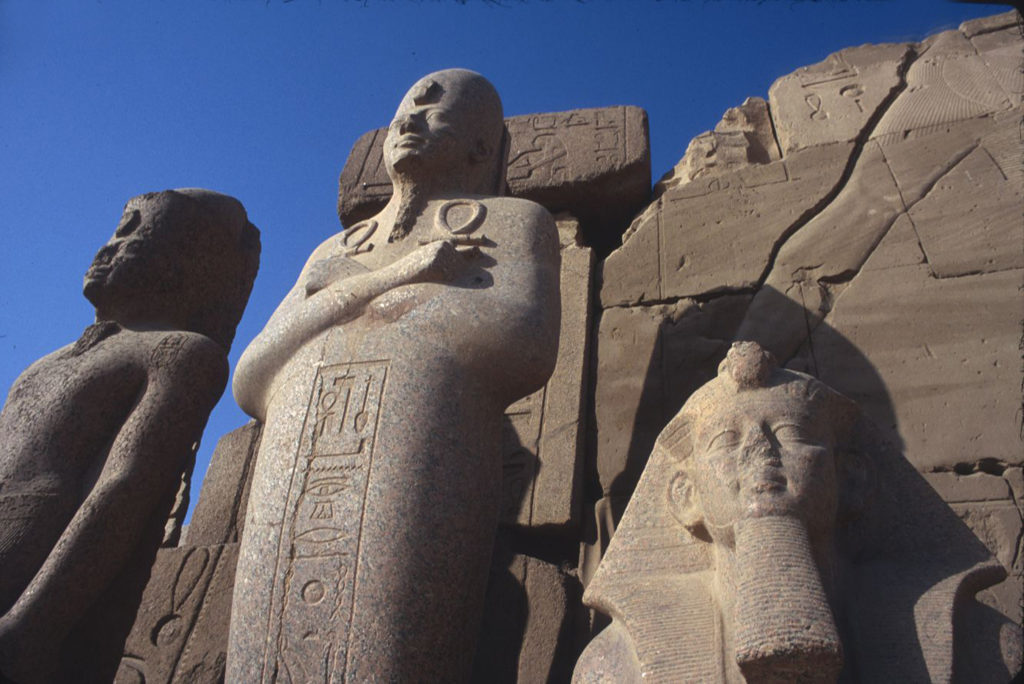 I visited Luxor six years after the massacre at the temple of Hatshepsut which killed 62. The vicious killing of dozens was believed to have been carried out by al-Gamm’a al-Islamiyya (Islamic Group). Their interest was in murdering human beings rather than destroying the idolatrous statues evoking Egypt’s ancient past. But that was pre-interent radicalism. ©2003 Derek Henry Flood

New York- As the faux caliphate referring to itself as ad-Dawlah al-Islamiyyah (Islamic State) continues to smash the shared human heritage of Iraq and Syria, the world watches in revulsion with no strategy to halt it. The threat posed by salafi-jihadis to precious sites is nothing new unfortunately. In 2012 and early 2013, a jihadi outfit in northern Mali called Ansar Dine destroyed Sufi shrines and graves to prevent any form of veneration that they believed diverged from the purest monotheism. These groups style themselves as purifying movements that are merely carrying out the will of god as if they have no choice in cultural destruction. The demolition of nodes of Sufi culture in Libya has also been taking place but to far less condemnation globally as it is categorized as sectarian strife for which the outside world has no authority to judge as it doesn’t retain the Sunni jurisprudence of a particular ulama. The head of UNESCO or President Obama condemning a particular act carries no weight among the militants. It likely only further emboldens them.

Egypt, with its plethora of what seems like the world’s most famous ancient sites per square kilometer from the Sudanese border to Cairo, has been spared the large scale devastation occurring elsewhere in the region. Terrorism in Egypt has concentrated on mass casualty attacks on places frequented by Israelis or presently on security forces, most often in the Sinai peninsula.Egypt’s hulking monuments owing the pharaonic period have survived the erosion of time, vandalism eons ago by Islamists (possibly), and hordes of tourists for countless decades. When priceless monuments have been wrecked by salafis in recent years, or Deobandis in the case of the Bamian buddhas, they are attempting to erase the complexity of the lands they temporarily control. Their use of the internet to disseminate these acts is entirely hypocritical but one can be sure they have cherry picked a way to justify doing so.

When I visited the magnificent ruins of Cyrene while taking a break from covering the war in Libya in 2011, they were totally unprotected. I doubt this has changed significantly if at all. Naively, I viewed Libya’s past as being a possible key to its post-Qaddafi future. With places like Cyrene, Leptis Magna and Sabratha situated not far from sprawling beaches, Libya could’ve theoretically developed a nascent tourist industry just south of the EU. Instead, Libya is mired in a factional, fratricidal  war with no effective legitimate government. At present these spellbinding sites are under threat. With Cyrene’s proximity to Derna, it may be first on the list. 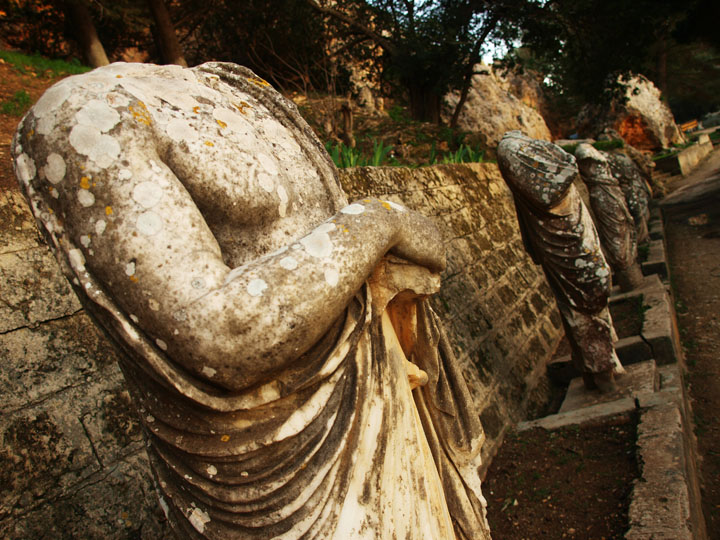 I fear for the near term future of the Graeco-Roman ruins of Cyrene. To get there four years ago I had to go through Derna which is now considered to be in control of a tentacle of the Islamic State in coastal North Africa. The statues are already headless. But the pre-Islamic history of this region may be destroyed under the rubric of IS’s online propaganda machine. UNESCO would be powerless to stop this from happening. ©2011 Derek henry Flood

As I mentioned in a previous post, there is this concept that somehow the plight of human lives and historic places are in some twisted competition for the world’s attention. This is an immense oversimplification of international affairs. It is framed as if the world community has to choose between UNESCO or UNHCR. All these challenges must be met simultaneously. The idea of the issues are somehow at moral parity is offensive to some but the two priorities really aren’t in any acutual competition. Most of this perception comes from media’s emphasis of events.

The ruins of the ancient world have the capacity to surpass the petty politics that isolate and entrap us in the present. These ancient marvels can bridge an understanding that predates our present impasses. Therein lies their intrinsic value to all humankind. 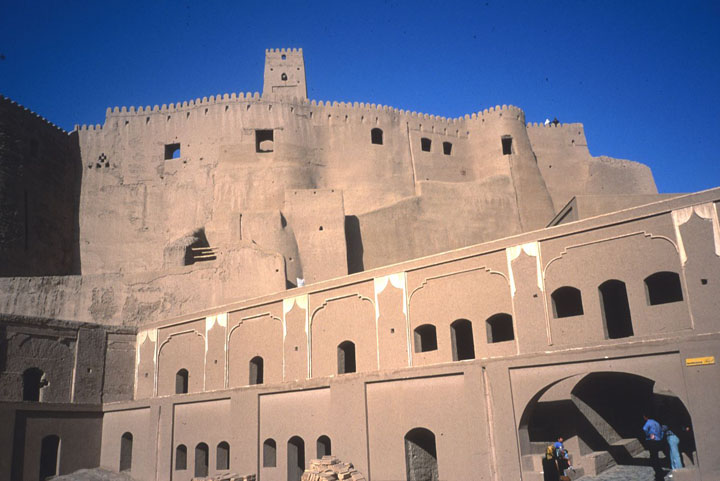 The Arg-e-Bam in Kerman Province in southeastern Iran. Not all threats to historic riches are by man, Sites are in peril from nature itself which can do far greater damage than salafis who know how to operate a bulldozer. An earthquake on December 26, 2003 leveled this glorious mud brick complex while killing tens of thousands in the adjoining town.  Tehran is now attempting to at least partially rebuild the citadel in a slow going process. ©1999 Derek Henry Flood