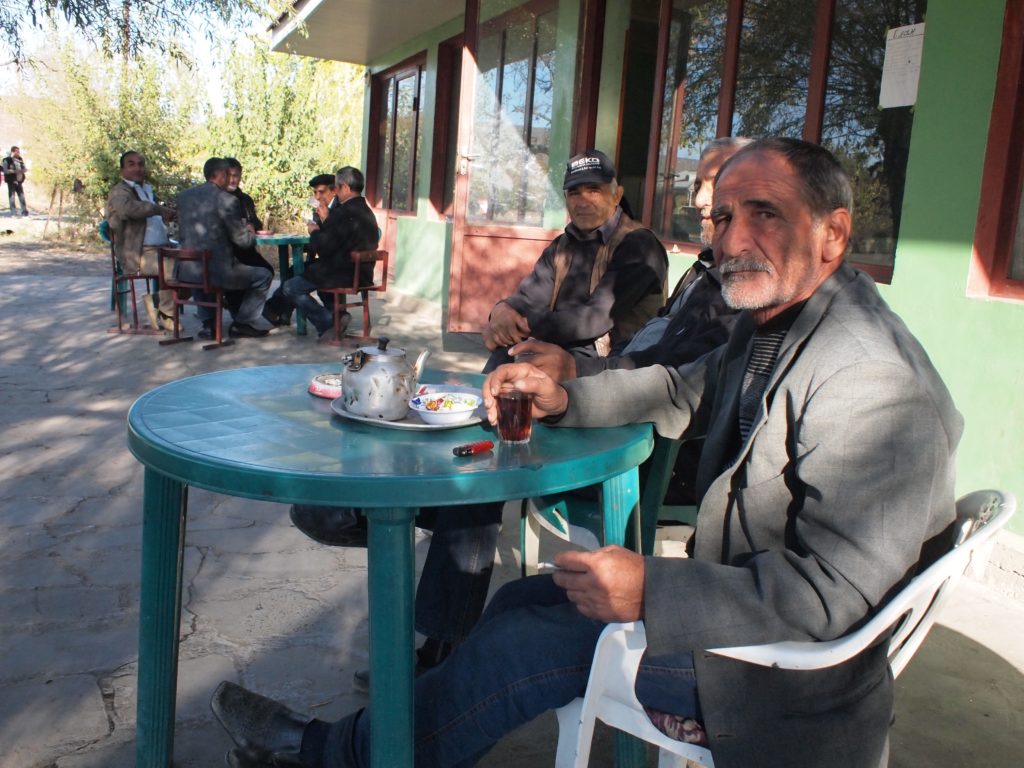 New York- I have an article out for IHS Jane’s Terrorism & Insurgency Monitor entitled “A dangerous thaw – Nagorno-Karabakh heats up” after the recent clashes in the most hotly disputed territory in the South Caucasus. Nagorno-Karabagh, a Russian-Turkic-Iranian word mash meaning (Nagorno or Nagorny) Mountainous (Kara) Black (Bakh or Bagh) Garden, is part of land internationally recognized as a constituent territory of Azerbaijan yet de facto ruled by ethnic Armenian separatists who term their unrecognized republic “Artsakh.” Karabakh had, for years, been lumped together with Abkhazia and South Ossetia as a so-called ‘frozen conflict’ impeding development and economic integration in the post-Soviet, South Caucasus. 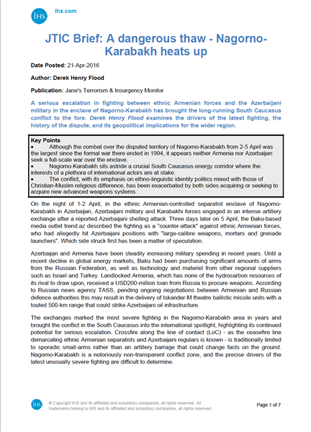 When the term was in vogue, frozen was far more apt for pre-2008 Abkhazia and South Ossetia than Karabakh which has always been simmering with regular small arms exchanges as well as occasional mortars, known as “ceasefire violations” in diplomatic speak.

Karabakh is an oft overlooked conflict that rarely makes international headlines as the disputes origins are it little understood, its geography relegated to the obscure. It took the use of heavy artillery, drones, tanks, and so forth to elevate Karabakh to the center of attention if only for one brief weekend in early April. The fight over this heavily mined, gorgeous Mountainous Black Garden is perpetually framed by ultra competitive, irreconcilable narratives held tightly by Armenians and Azerbaijanis.

No party involved has either the mechanism nor the mindset to foster a lasting peace. Russia sells weaponry to both sides, the Americans are divided between a desire for Caspian hydrocarbon products that circumvent the Russian Federation and a vociferous, diaspora-powered Armenian lobby in Washington that tirelessly lobbies congress albeit with somewhat declining influence. Iran, though co-relgionists with the Shia majority in Azerbaijan, supports Armenia in part due to the paranoia of Azeri irredentism among ethnic Azeris in northwestern Iran. Turkey’s support for Baku’s position has been, for the most part, largely rhetorical in nature.

After three days of fighting in which Azerbaijani forces touted regaining two hilltops and one village and dozens of soldiers and Karabakhi militiamen were killed, Karabakh has faded back into the shadows as quickly as it temporarily emerged. Yet it is only more explosive as both Armenia and Azerbaijan have acquired more advanced armaments primarily from Russian vendors. The threat of violence can only temporarily subside in this tragically intransigent morass.

← Shelter from the Swarm
Amidst Western Squabbling, Wither Mosul and ar-Raqqa →