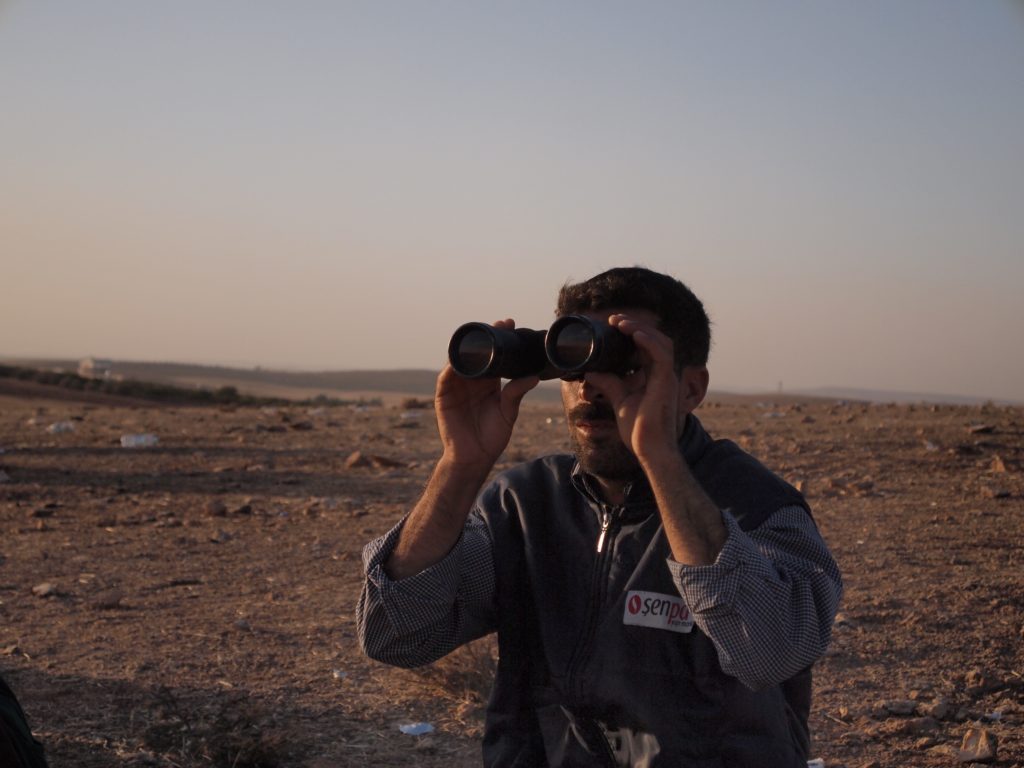 Watching Kobane burn. Much of the anti-IS campaign has been slow burn to roll back the group’s once lightening fast expansion. ©2014 Derek Henry Flood

New York- With the highly distracting ‘Brexit’ debate-arguably the most distasteful neologism since ‘Grexit,’ and the buffoonery of the coming US presidential election, the war(s) in Iraq and Syria painfully grind on in the ramadan heat. The recapture of Fallujah-which has not been fully consolidated-is hoped to be a prelude for regaining Mosul to the northeast. Various anti-IS forces have inched toward Mosul in 2016 by capturing villages in its rural hinterlands but there does not appear to be any coordinated effort to retake Iraq’s 2nd most significant urban centre amongst fighting groups with allegiances of widely varying stripes. PM al-Abadi has vowed to retake Mosul at an unspecified time later in 2016 although Mosul has a far more complex ethnic and religious matrix than Sunni Arab Fallujah. But there are other important smaller cities and towns that must be confronted before Mosul such as Hawija and al-Qaim which are still in the clutches of the IS evildoers to employ throwback neocon-ism.

Then there’s the perhaps more difficult idea of taking ar-Raqqa, from IS control, which, if occurred, would turn the offensive salafi-jihadi movement back toward its asymmetrical insurgent roots from which is spawned in mid-2000s Iraq. But the FSA and YPG are not getting along perfectly to say the least around the fight for Aleppo. Kurdish-Arab cooperation has worked to some degree in the SDF context in al-Hasakah governorate to the east. On another side of the equation, the SAA and their Russian backers are not fairing terribly either. IS claims to have killed three Russian servicemen with an IED on the  Ithiriya-Raqqa road. Meanwhile Russian air strikes in the city centre killed between 18-32 civilians depending on reports.

Though the Fallujah offensive has been successful to a degree, one must ask at what cost? And can PM al-Abadi survive the Sadrist turmoil that has breached the Green Zone? The only ground forces capable of taking ar-Raqqa are the YPG but they don’t appear to have a post-conflict plan for ruling the primarily Arab city nor have they expressed a palpable desire beyond rhetoric. Many questions remain beyond the cinders fluttering above al-Anbar governorate’s commercial capital.