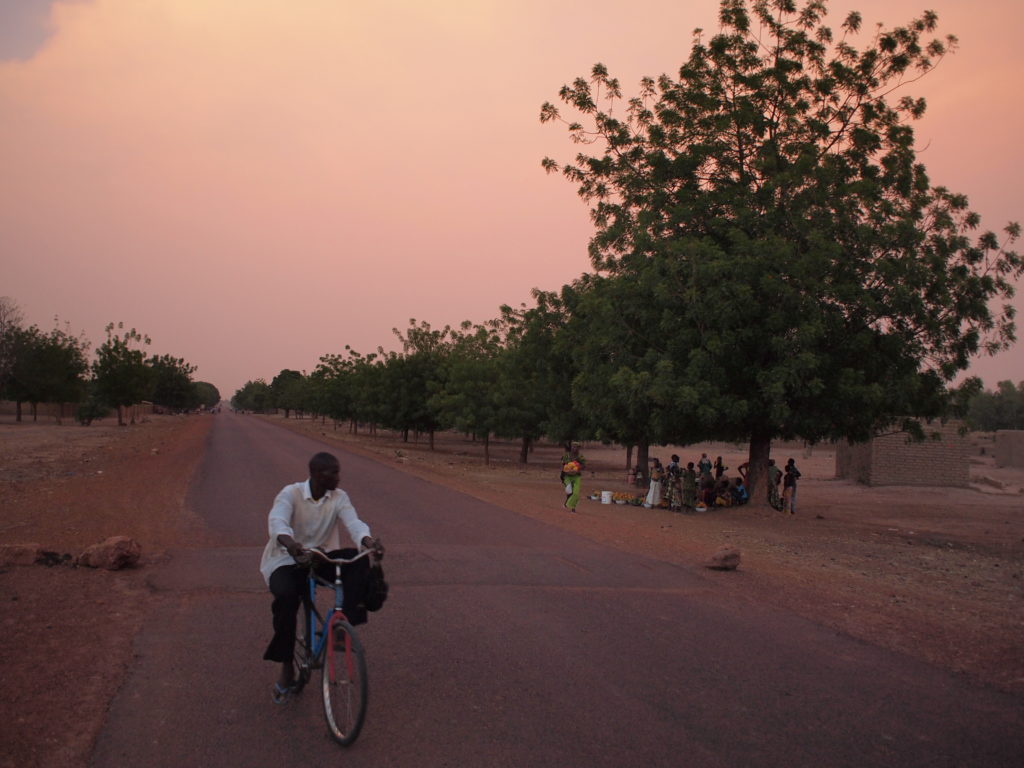 Terrorsim in the Sahel region has spread far and wide since the French military and its local partner nations began trying to roll back salafi-jihadis beginning with their military intervention in January 2013 and morphing into Operation Barkhane in August 2014. ©2012 Derek Henry Flood

New York- I’ve authored a recent article in the March edition of IHS Jane’s Intelligence Review in the United Kingdom on the sprawling French-orchestrated counter terror operation called Barkane in Africa’s greater Sahara-Sahel region. The French effort has been met with mixed results at best in that during its as yet unfinished timeline, salafist terrorism has spread all the way to the Atlantic with the March 13 attack by sub-Saharan AQIM operatives on the Hotel Etoille du Sud resort in the Côte d’Ivoire’s Grand Bassam commune situated east of Abidjan in the Comoé District not far from the Ghanian border.

The Grand Bassam assault is part of what we can sadly call a distinct pattern of AQIM’s attacks well beyond its traditional theater of terror in Algeria from where it was b0rne out of the ashes of that country’s civil war. Firstly there was the attack on the Radisson Blu in Bamako’s ACI 2000 district in November followed by the siege of the Splendid Hotel in Ouagadougou in January. The arc of this does not appear to have any end in sight in the near term. Attacks in West Africa get nowhere near the coverage as those carried out by IS in Western capitals such as Paris and Brussels but they demonstrate that the al-Qaeda brand has a much bigger footprint in a part of the world that until very recently once essentially devoid of salafi-jiahdi cruelty.

And then there is the spreading threat posed by IS-allied Boko Haram which has deployed suicide bombers–some of them young girls–outward from northeastern Nigeria and into Cameroon’s Région de l’Extrême-Nord, Niger’s southeastern Diffa region and southwestern Chad’s lac region,  all around the the Lake Chad basin.

My article analyses the recent history of salafist violence in this part of the world with the reasonings behind continuing, geographically escalating attacks on soft, civilian targets aimed at garnering attention with mass casualty events. As I began writing it in November in the aftermath of the Bamako attack, I didn’t game out things going as far afield as southern Côte d’Ivoire so quickly (though I did see things potentially reaching the Atlantic via Senegal which thus far thankfully hasn’t played out). Curiously, Ivorian forces are not part of the five-nation alliance of sorts that participate in Barkhane. It was simply a soft target in a weak state still recovering from a vicious set of civil wars which was ill prepared for an AQIM operation. 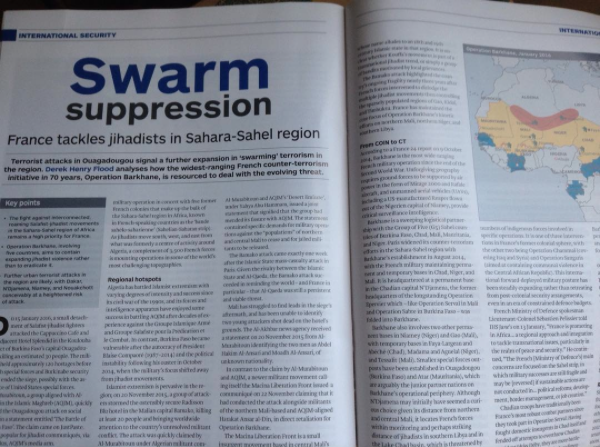 My Barhane piece in the March 2016 issue of Jane’s Intelligence Review.

In the core years of the terror wars after 9/11, Africa was always a seldom reported upon, low priority in comparison to the war Afghanistan and later Iraq. Sure, there was the State Department’s Pan-Sahel Initiative and then the Trans-Sahara Counter Terrorism Partnership but who–excluding think tank types–today even remembers these programs which effectively amounted to nil?