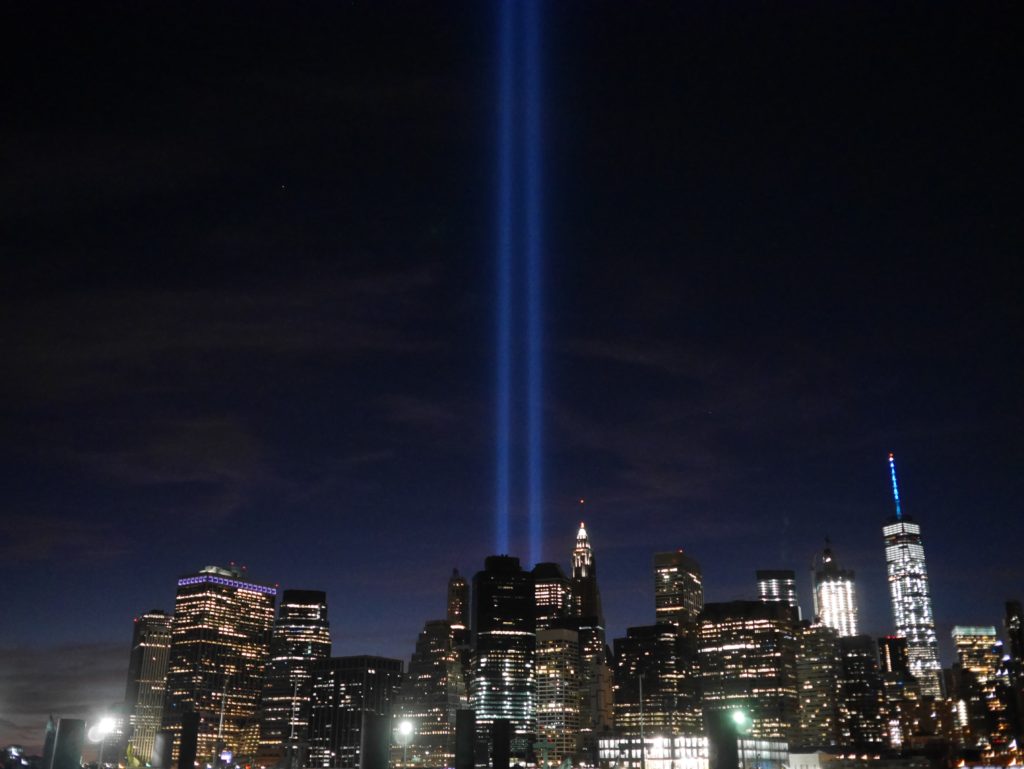 New York-I’ve ashamedly been too busy to update my site as of late with my Iraq articles (a good thing) and the general hustle and bustle of being home (not always a good thing) but partly I timed my return for the fifteenth anniversary of 9/11–still the largest salafist suicide attack in history. Much less ado was made of this one than the 10th anniversary which was a momentous occasion by comparison. That milestone came sort of on the heels of the bin Laden assassination in Pakistan in early May 2011 which gave some sense of closure–though only a portion at best–to the 9/11 era.

But there are obviously still so many questions regarding the attacks, the timeline of the plot despite the passage of more time and the release of the 28 pages from the 2002 Congressional Joint Inquiry. The lack of transparency from federal authorities on the matter has only fed festering conspiracy theories about building 7 and the like.

When I wandered around the area formally referred to as ‘Ground Zero’ several Sundays ago, the was but one lone ‘truther’ crackpot wandering around with a “9/11 was an inside job” sign constructed from what looked to be kindergarten level art supplies. What was once a semi movement now seems a fleeting anachronism of yore. The Obama administration’s harsh treatment of whistle blowers and leakers certainly hasn’t helped matters either.

Ground Zero has been transformed into a glitzy magnet of unrepentant commercialism much like the rest of New York City during the era of Bloomberg rule where developers were allowed to run rampant razing entire city blocks under the much debated rubric of gentrification.  But for those of us who lived through those moments and that era, we shall always smell the acrid stench of death, remember the fear of the next attack that never came, and see the ash filled sky that ushered in a period of unending global war which has killed so many. 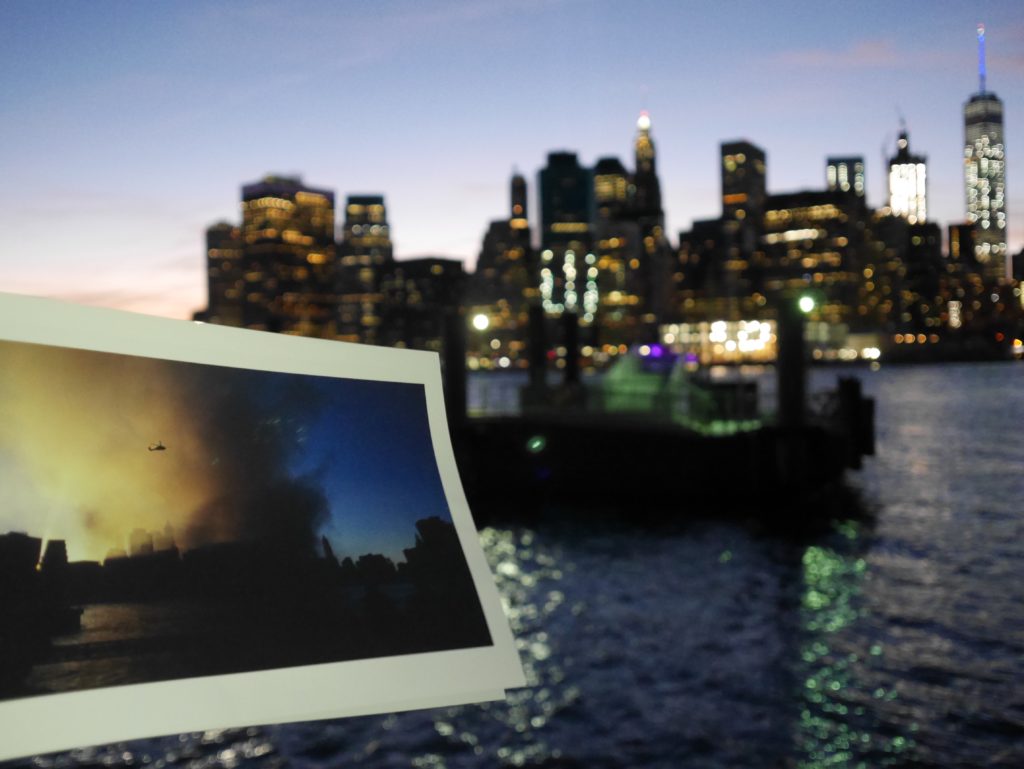 Juxtaposing 9/11 then and 9/11 circa 2016 from the same vantage of the Columbia Heights promenade near downtown Brooklyn. What a difference 15 years makes.  ©2016 Derek Henry Flood