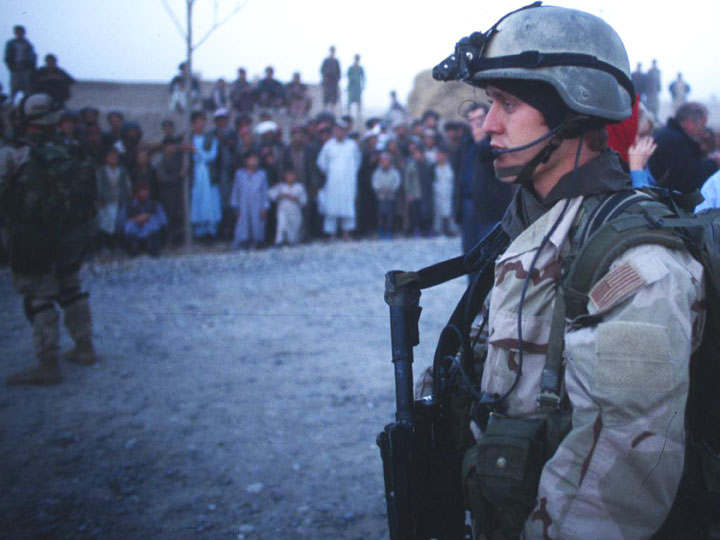 A then rare daylight (barely) landing of American soldiers in Khwaja Bahauddin, Takhar province, Afghanistan in November 2001. Who would have thought then that troops would still be present 15 years on? ©2001 Derek Henry Flood

New York- Fifteen year ago today the United States military intervened in the then ongoing civil war in Afghanistan which until 9/11 had been all but entirely ignored in the West save for a few women’s rights groups and other specifically focused human rights outfits. Suddenly Afghanistan became a geopolitical cause celebré while almost no one understood the real time human dynamics transpiring on the ground there.

To call the early days of Operation Enduring Freedom an outright ‘occupation’ as many are doing on social media this week is a serious misnomer. Part of why Arab AQ members were able to flee across the Durand Line into the warrens of neighbouring FATA was because the US began with such a small footprint in Afghanistan. As is very well known, even before the bombing commenced on October 7, 2001, there were impetuous agitators in the White House and the Pentagon who wanted to seize the opportunity to topple the Ba’ath Party in Iraq. Intervention is a far more apropos term to describe the beginning of Western war fighting efforts there.

And we–the world–are 15 years on. There was never a strategically coherent vision of what success in Central Asia’s perennial basket case looks like. Aside from the forced idea of the country becoming a woefully underperforming democratic state, how Islamic should it be? Should it be more of a functioning autocracy?

No one agrees on anything. Each unreformed warlord/mujahideen big man has their own ethn0-centric base or vote bank that they consider well before the rest of the country. Ethno-linguistic groups very often consider themselves in competition with one another rather than as components of a largely cooperative society where zero-sum games trump idealistic concepts of inclusivity and diversity.

The Karzai years seem like an entire era of lost opportunity with the former Afghan president seemingly less rational by the day the longer he remained in power. I saw this poster (next to one of Massoud for northern street credibility among Tajiks) in Samangan province while researching the early days of the 2001 intervention. ©2008 Derek Henry Flood

Kabul is still lined with dust packed unpaved streets throughout many of its more well to do neighbourhoods, the city has only a handful of functioning ATMs, and has remained a festering, little discussed environmental disaster for decades (those certain, hmm, unpleasant particulates in the smog). 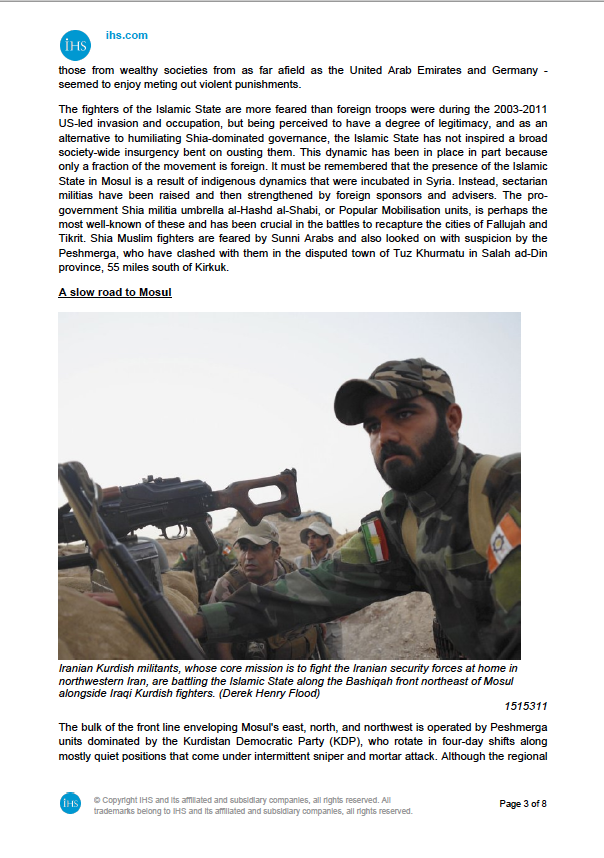 In that other failed neo-conservative legacy war theatre, I have a new piece for IHS Jane’s Terrorism & Insurgency Monitor out this week entitled, “The Islamic State’s waning fortunes in Mosul and the dynamic of the offensive.”

Despite talk of an ‘October surprise’ throughout the summer, such a battle has yet to materialise to recapture the world’s most talked about occupied city. In the article, I explore how the overall contraction of IS territorial control has helped to focus coalition efforts on the much feted recapture of the north’s former economic capital which the central government notoriously lost control of in June 2014.

Part of why the effort to dislodge IS has become such a costly and difficult prospect is precisely because salafi-jihadis were allowed the political action space to lodge themselves so firmly in.

I’m confident that Mosul will be freed but just as confident that its freeing will start a highly complex competition for power and control of the city. What will the limits of Kurdish power be? Will the Hashd al-Shabi abuse Sunni civilians they default assume to be IS sympathisers? How much influence with the al-Nujaifi brothers have in a post-IS scenario? Not I nor anyone has the answers to these sorts of questions. At some point in the supposedly near term, armed groups will move into Mosul and only through exceedingly perilous trial and error will we find out such answers. 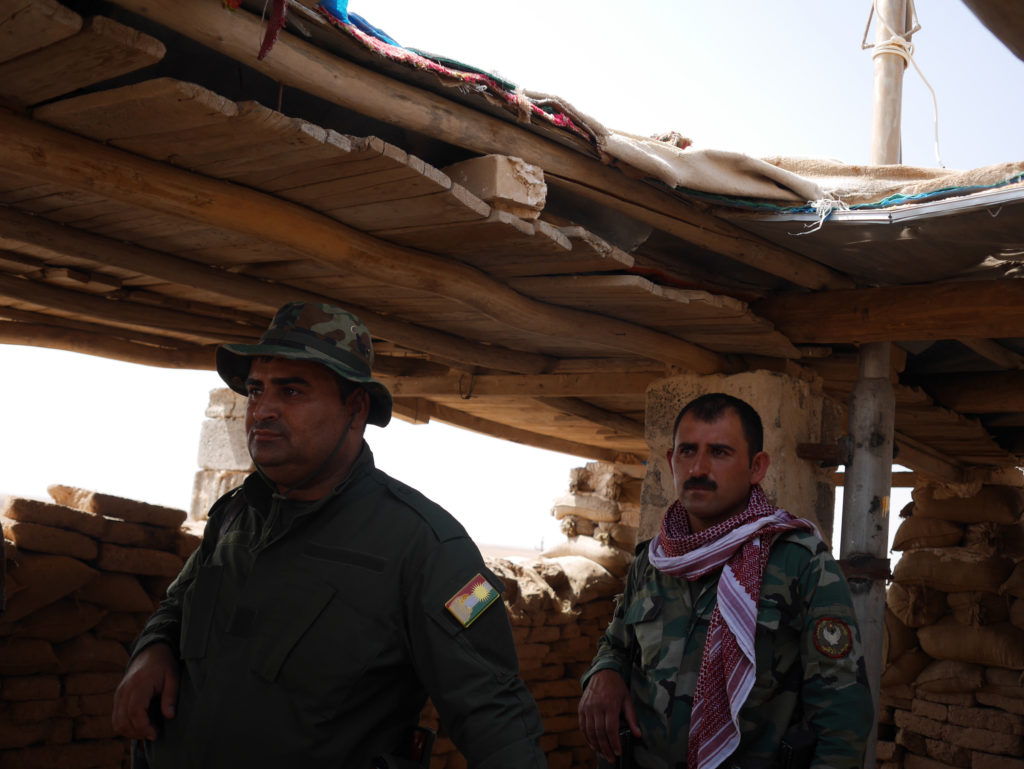 The peshmerga warily monitor IS positions from their makeshift bunkers along the Makhmour front. ©2016 Derek Henry Flood