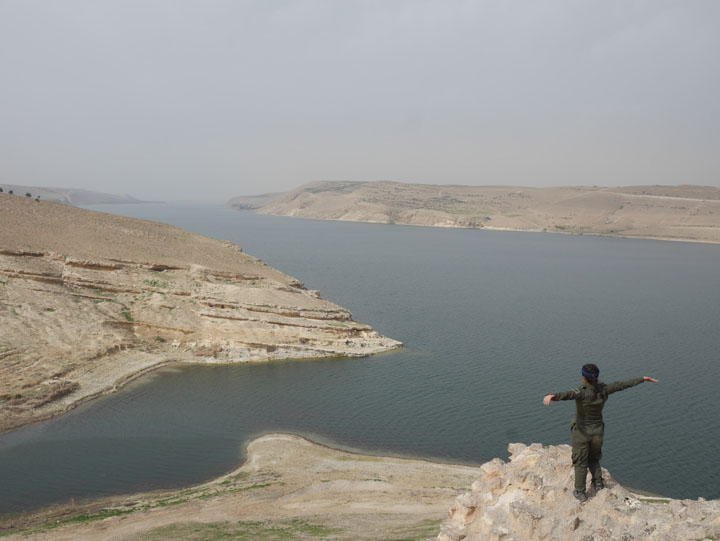 A young YPJ fighter imagines soaring over the Euphrates River. A fleeting moment of serenity in a place unknown to the outside world. ©2018 Derek Henry Flood

Aleppo Governorate- I spent a month working in northern Syria earlier this year. It was at once immensely trying and thrilling. Frustrating lack of access followed by huge breakthroughs. Working in such a fluid, semi-governed place runs an entire gamut of emotions. The Syrian conflict, whether one wants to categorise it as “civil” or “transnational” in nature, is a theatre of war and despair populated by real people, both ordinary and extraordinary.

Editors don’t seem to understand. Friends at home simply cannot. To be there and breathe in the smoke filled hotels is to exist within the thrust of history while firmly within its margins as a Western journo who needn’t actually be experiencing it at all. Simply getting in and then getting out is an accomplishment in and of itself. But no one appreciates that.

After the fire and brimstone from all the suicide car bombs and air strikes clears, there are vast fields of rubble. Ideas of martyrdom, virtue, sacrifice and glory are just decaying corpses and broken cement. Strewn about with plush children’s toys or vanquished caches of Armenian or Russian cigarettes quashed by a store’s collapsed ceiling. And yet life begins again. Those who’ve perished are buried by the living. The living reopen shops in the still intact first floor of a shopping arcade leveled courtesy of the American taxpayer. 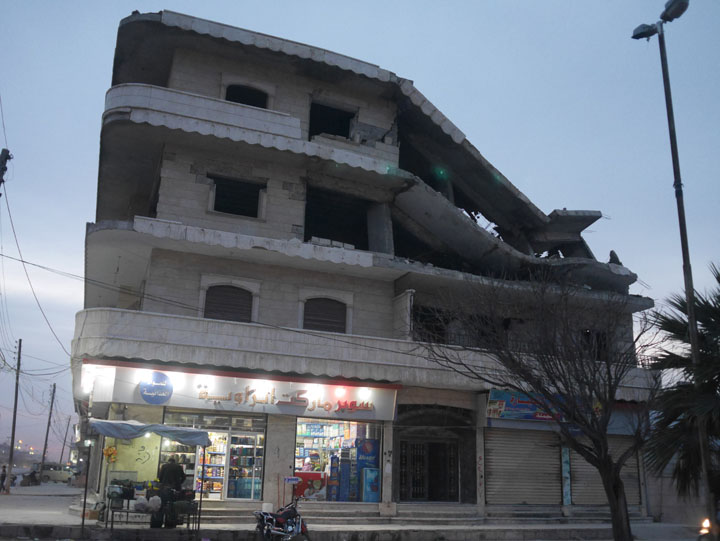 A shop selling Turkish and Iranian foodstuffs reopened beneath a bombed out upper floor from the battle between the Manbij Military Council and YPG vs IS in the summer of 2016. ©2018 Derek Henry Flood

To fluidly move between these worlds of wildly varying degrees of stability takes a great deal of mental agility. Particularly as someone with zero corporate backing of any kind. Corporate reporters have no idea nor firm recollection of what it is like to be a pure freelancer in a war zone much like married people who underwent a lengthy courtship period can no longer recall what life is like for single people. Taking public buses, doing interviews without a fixer. Someone you interviewed who fixed for you for free being shot twice in the chest by a sniper after he urged you to leave town. A US and UK soldier being assassinated by a mobile phone trigged mine at a roundabout you walked by for weeks. 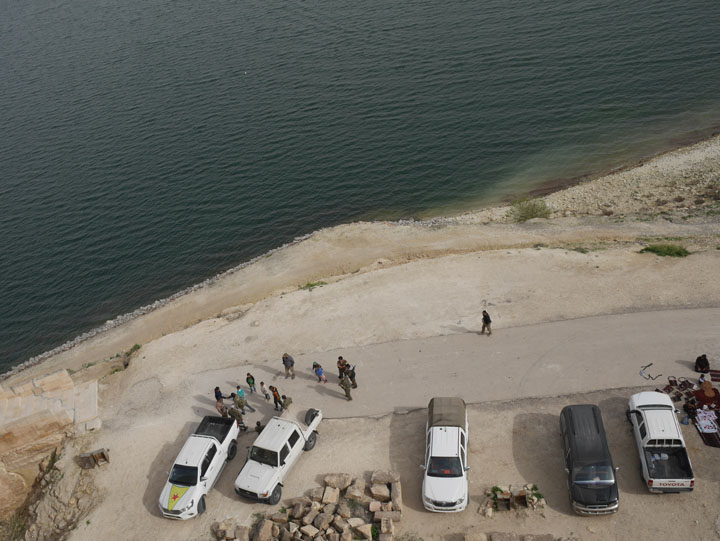 American special operators on the ground deep into Syrian territory with YPG fighters and Asayîş members. Looked like an AKP conspiracy theory painted on canvas. But it was a moment I experienced. ©2018 Derek Henry Flood

There is nothing remotely normal nor mainstream about my existence. No 9-5 job with its attendant vacations and 3-day weekends a few times a year, not attending extravagant out-of-town weddings some place, nor taking offspring on playdates with others in my socio-economic cohort. There is no doting woman planning my future, no dog to walk at the same time every evening, no family greeting me at the airport. Just war all the time. The routine is orchestrated chaos.