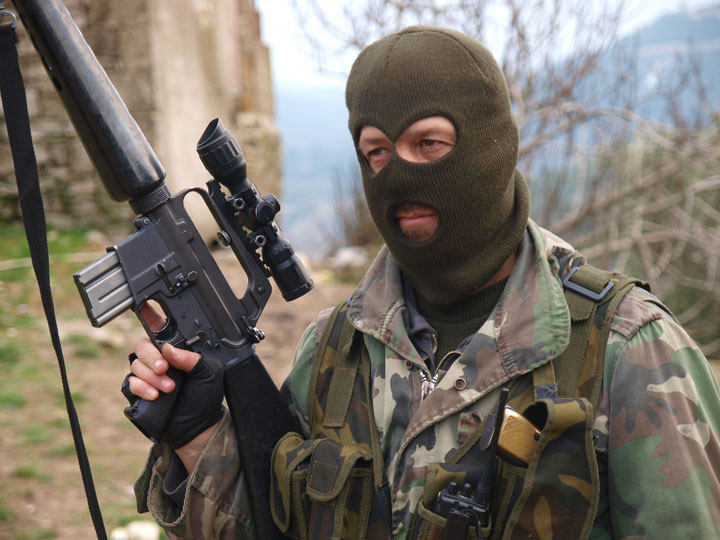 A fighter in what was then known as the Free Syrian Army in Idlib governorate early on in the war. Thing have only steadily deteriorated since those early days. ©2012 Derek Henry Flood

New York- Some six and half years ago I trekked from Hatay province in southern Turkey to a small rebel-controlled town in Idlib governorate in northeastern Syria. The fighters I met at the time were local Sunni Arabs and indigenous Sunni/Sufi Caucasians who were strictly interested in fighting the Ba’athist regime and proclaimed their desire for Western support as had happened in Libya the previous year. I spoke with CNN at the time after I returned to Turkey about what the FSA desired and how a Libya-NATO scenario was highly unlikely.

When an affable FSA commander asked me why the West hadn’t rushed to their aid, put on the spot I replied, “Libya borders Chad to its south, your country borders Israel. The calculus for the Obama administration is entirely different as the geopolitical stakes here [Syria] are considered far higher.”

So here we are in 2018: the regime with its Russian patrons and Iranian partners each with their own agenda seeks to purge the governorate of ‘terrorists’ meaning Hayat Tahrir al-Sham, the rebranded Jabhat al-Nusra, Tanzim Hurras al-Deen, the Turkestan Islamic Party, and other salafi war-fighting groups. But Idlib along with nearby slices of Hama, Latakia, and Halab (Aleppo) governorates are home to millions of Syrian civilians–both local and displaced– who have had to interact with these fighters for many years now.

Idlib represents a great failure where a stark lack of diplomacy, social media-enhanced radicalisation, and the evolving agenda of illiberal powers converge to create an impending crisis. The governorate has already been shelled by regime artillery and Russian airstrikes but a ground offensive to dislodge said irhab’een (terrorists) has yet to begin in any serious measure. There are many more elements to be factored in. The TSK-Turkish army-is also present in the form of its ‘observation posts’ as well as the rebel fighters it backs. It all looks to be quite a mess.