From Greece to Iraq-via Turkey: From West to East.

Abu Dhabi, UAE- Well it’s that time again. The end of the road. I’ve been going non stop for almost four months. The timeline goes something like this: Depart NYC July 30th-Arrive Abu Dhabi, Six nights at my friend Arif’s in climate controlled villa, bus to Dubai, fly Dubai to Kabul and arrive in Afghanistan on the 8th of August-Depart Kabul on the 2nd of September to Dubai, take a taxi from Dubai to Sharjah (neighboring emirate), stay one night at Sharjah youth hostel, next day fly one way to Athens, Greece, immediately take bus to Piraeus port upon landing, play brickbreaker on my Blackberry on steps of massive Greek cathedral to pass the time, then try to sleep hiding on chairs on deck of coffee shop until I get woken up by ouzo-smelling cleaning crew, take 7:15am ferry to Ios island, 10 days of whooping it up on Ios and finishing up writing from Kabul, then overnight ferry trip to Turkey via Paros and Samos (spot group of African and other assorted migrants being dragged out of the Aegean and marched to Samos’s detention center and get asked by Greek policeman not to pay attention to them), 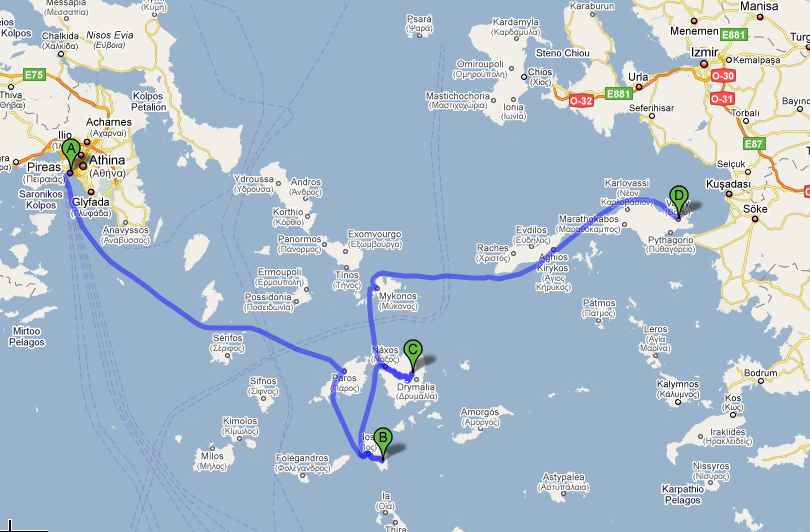 Arrive in Kusadasi, Turkey the following morning of September, 15th, two nights there, then bus to Fethiye, 2 nights there, bus to Antalya, 4 nights there, bus to Adana, 1 night there, overnight bus to Cizre near Iraq border, cross Turkey-Iraq border on foot/taxi, Kurdish guy I’m ordered by Turkish soldier to get in taxi with gets in fisticuffs on zero line at border, take taxi from Zakho on Iraq side 3 hours to Erbil on September 25th, travel to Qandil mountains on Iraq-Iran border, cross back to Turkey on October 7th, take bus to Mardin, 2 nights there, take bus to Erzurum, 1 night there, over night bus to Turkey-Georgia border, arrive in Tbilisi following morning on October 11th, 17 days in Georgia, travel to Chechen border for book research, fly Tbilisi-Dubai, arrive Dubai on October 28th, one night at Dubai youth hostel, get another Afghan visa the next day, buy 3:30 am ticket to Kabul, arrive back in Afghanistan on October 30th, fly back to Dubai on November 9th, paid random Keralite guy at airport to drive me to Arif’s in Abu Dhabi, spent the last 2 weeks here doing the better part of nothing, flying to Dublin tomorrow, 2 nights there, then arriving back in NYC on November 24th. Phew! It’s been a long one. 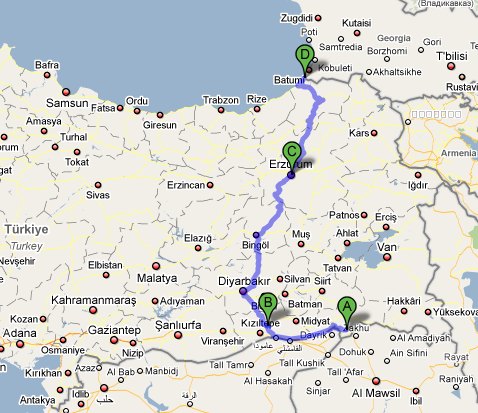 From Iraq to Georgia- via Turkey: From South to North.

← The Decline of Afghanistan
The Changing Strategic Gravity of al-Qaeda →