New York- Photojournalist Jason Florio had a slideshow at the Apple Store in the South of Houston street district tonight where he took the audience through over a decade of adventure and memory spanning Islamic Asia and Africa with 9/11 interspersed. Jason has the before pictures to many of my after. Afghanistan just before 9/11, the towers just before the collapse, Iraq just before the neoconservative destruction of the Ba’ath Party and so on. I took a few snaps on my Blackberry but check his site for a more complete view. 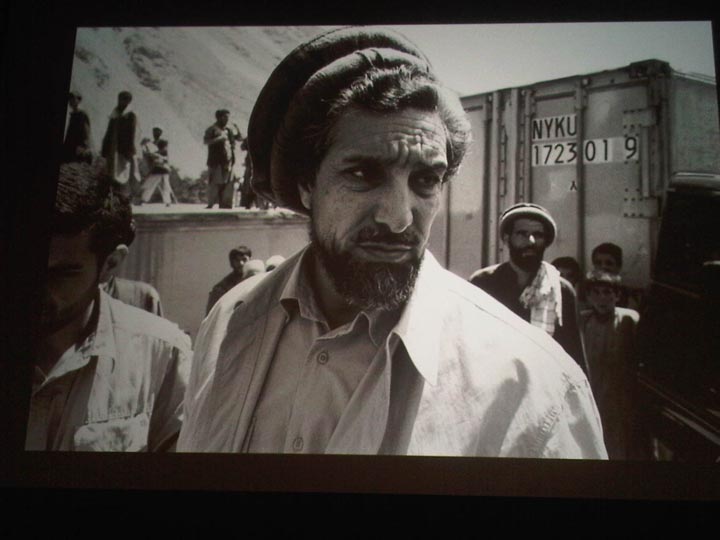 Perhaps the last photo of Massoud alive (at least by a Westerner) from August of 2001. Looks good blown up huge in the Apple Store theater. ©2001 Jason Florio 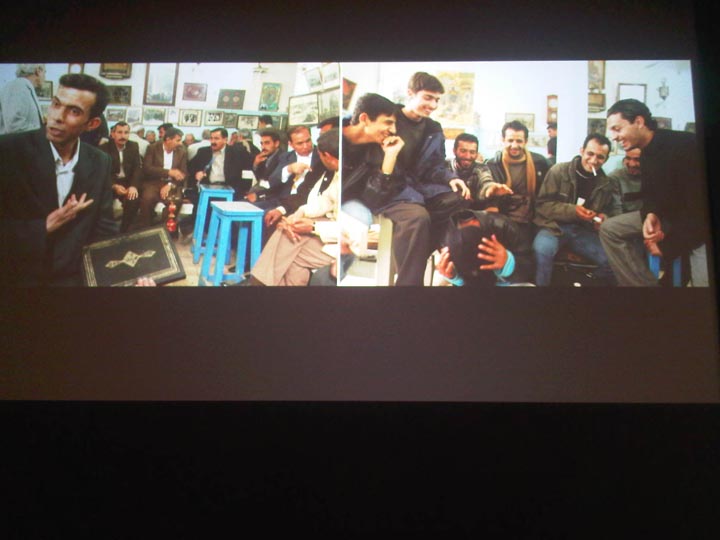 A diptych from Jason's pre-war "Poets of Baghdad" series. Jason told the audience that he tries to humanize people that are otherwise being demonized to justify vulgar foreign policy objectives. ©2003 Jason Florio