New York- Although interest in Mali has been partly piqued in the American polity from facile, puppet-like foreign policy comments by Mitt Romney in a recent debate with President Obama, for genuine students and scholars of foreign policy Mali has been of grave concern since late March with the fall of Gao if not mid-January when the MNLA launched an attack on Ménaka. For specialists in the Sahel region bridging north and west Africa, Mali has been of note since time immemorial. I’ve long had a general interest in Malian history and politics inasmuch as I devour everything I can on virtually all of the history and conflicts of present day ‘Afro-Euraisa.’ 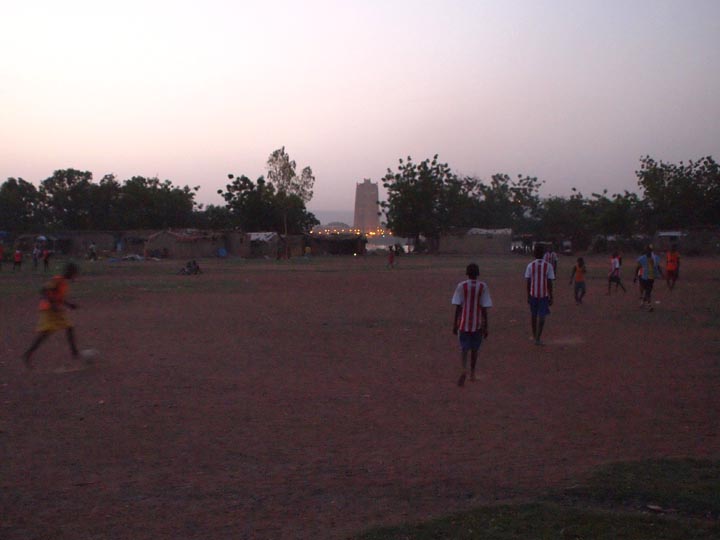 Boys in Bamako’s Badalabougou district playing football at dusk near the banks of the River Niger with the BCEAO tower looming off in the distance. ©2012 Derek Henry Flood

After working in the Libyan war during 2011 in both its east and west theatres of conflict–Cyrenaica and Jebel Nafusa–I had planned to focus some of my efforts in 2012 on the Sahel. I had been contemplating working in Niger this year (before the Mali crisis began in earnest) in part because of hysterical front line Libyan rebels telling me they were fighting against Nigerien, Chadian and other sub-Saharan African ‘mercenaries’ who were allegedly being airlifted in by the Antonov into Sebha in the Libyan Sahara. (See the story of Qaddafi’s Nigerien Tuareg confidant here)

I’d been wanting to go to George W. Bush’s “Africa” i.e. Niger for quite some time to investigate the French-led uranium extraction industry in that country’s Aïr Massif in the sprawling northern Agadez Region and exploring the rebellious political dynamics of the adjacent Ténéré Desert and the Tuareg-dominated Mouvement des Nigériens pour la justice (MNJ). 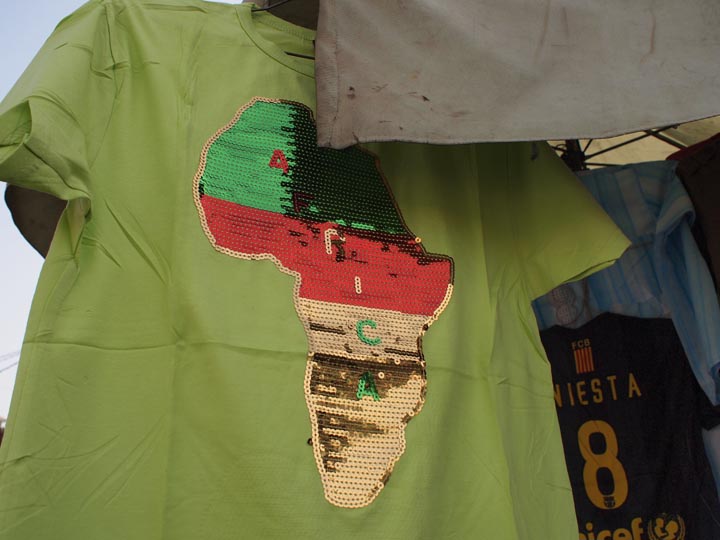 But Niger was not meant to be, at least in terms of my own 2012 reporting priorities, so off to Bamako I went. I realized after I had already gone to some trouble to acquire my Malian visa that the only viable way to visit the short-lived Azawad state would to have actually queued up for a Nigérien or Mauritanian visa instead to visit either rebel-controlled Timbuktu or Gao respectively.

Plan A of interviewing the MNLA or Ansar Eddine was a pipe dream. I would quickly come to learn to my Plan B of hoping to somehow embed with the Malian army would not be doable either (although the BBC with its clout and/or connections managed to do so months later). The door would be then shut in my face upon attempting Plan C which was to visit the no-man’s land between the last government-held area of Mopti Region yet before the rebel or militia held areas of Douentza. Sometimes life is about Plan D I suppose was the take away from all this–accomplish whatever I could in the face of all these obstacles. 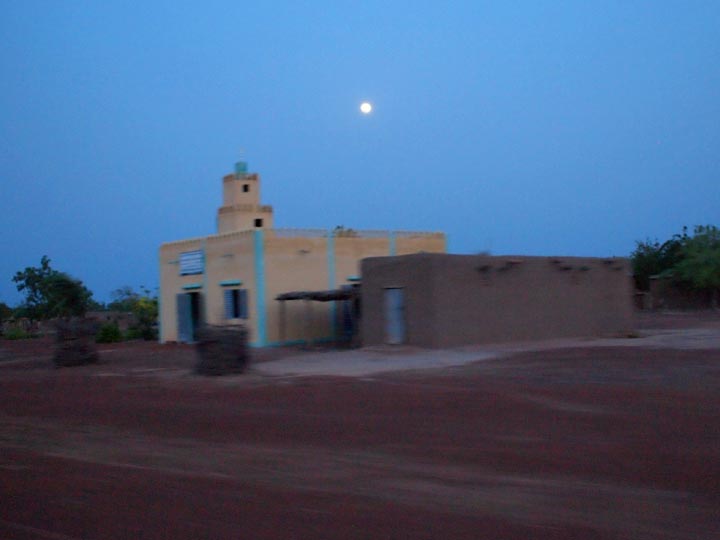 Moonrise over a concrete block village mosque built with money from the United Arab Emirates in the Malian Sahel. These rectangular houses of worship built with Wahhabi money from the GCC states were often the only painted structures for miles around, standing out amidst the dull mud brick villages dotting the Malian bush. ©2012 Derek Henry Flood

Mali is now undoubtedly going to face some form of military intervention to counter the Salafi-jihadi groups occupying its three northern regions and parts of northeast Mopti region. France currently has six hostages being held there beyond its more obvious political and economic interests in Mali. Three additional Western hostages plus the fear of blowback on the European heartland means that the EU views further consolidation of radical Salafi power in northern Mali as a threat to the EU itself.

France knows all too well that nihilistic terror wars in North Africa can reverberate back to the metropole with deadly effect evidenced by the Christmas Eve 1994 hijacking of Air France Flight 8969 and the 1995 Paris Metro bombings carried out by al-Jama’ah al-Islamiyah al-Musallaha-better known by known by its Francophone name, the Groupe Islamique Armé or GIA. The GIA–a precursor to today’s AQIM in Mali–was one of the principal non-state belligerents fighting the Algerian government and security apparatus during the worst of the civil war years in the mid-1990s.

We still don’t have an accurate picture of precisely how this roughly proposed intervention will take place and likely won’t until something is already underway. Whatever the outcome, it will continue to have humanitarian repercussions across the entire region perhaps well beyond the massive refugee and IDP outflow we have already witnessed. It all remains to be seen at this point.