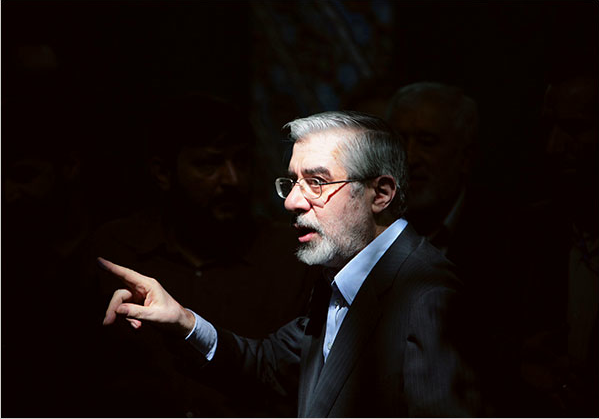 Moussavi at the polls after casting his vote.Photo: Newsha Tavakolian/Polaris, The New York Times

We’re all on pins and needles awaiting the outcome of today’s elections in Iran. If Ahmadinejad wins a second term, either genuinely or by manipulation, it may be for Iranian voters what the second Bush term was for a lot of Americans in November of 2004. In other words, defeat and crushing disappointment.  The Green Team, what I’m Mir Hossein Mousavi’s fervent supporters, decked often head to waist in brilliant green had been surging in pre-election activity in hopes Mousavi could perhaps “Obama-ize” Iran (not likely!). The tone in Washington has been that Ahmadinejad’s popularity has sunk as of late due to the economy and draught of reform and that the Expediency Council is not pleased with some of his international antics. Results are being counted this moment.