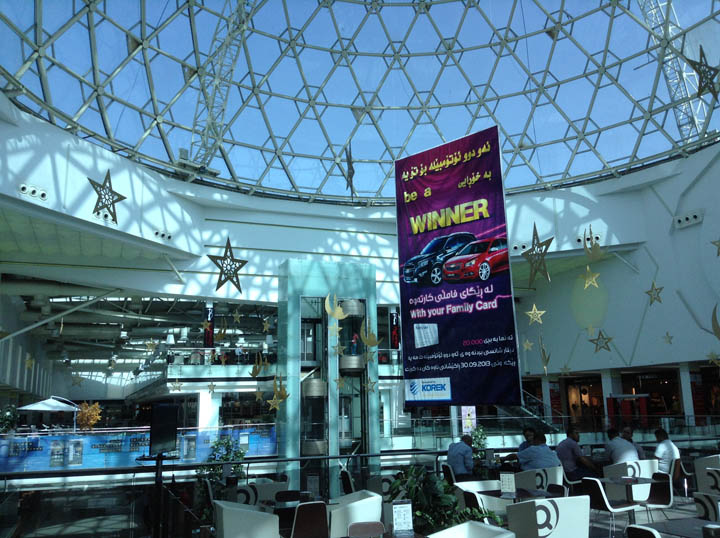 Scenes from a Mall. Took a taxi to the Family Mall here in Erbil on the search for a rare Trade Bank of Iraq ATM. Erbil’s malls are somewhat reminiscent of those found in the GCC states replete with imported Bangladeshi janitors in bright colored coveralls. ©2013 Derek Henry Flood

Erbil- Here are a handful of snapshots from my iPod from my day running around the capital of Iraqi Kurdistan while trying to get situated. 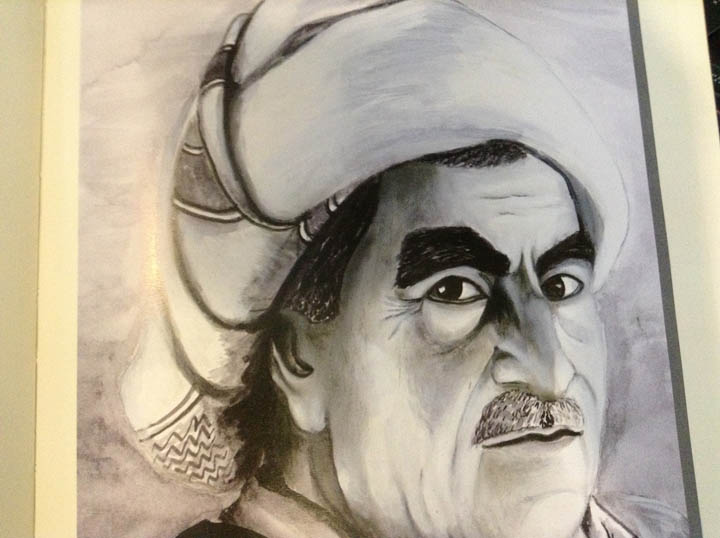 A portrait of Mullah Mustafa Barzani, father of Massoud Barzani, head of the Kurdistan Democratic Party and President of the Kurdistan Regional Government. Mullah Mustafa is the godfather of modern Kurdish independence/separatist movements and was part of the short lived Kurdish Republic of Mahabad that was established in what is now Iran following World War II. The Kurdish state lasted for less than a year between 1946-1947 before the Americans came to an agreement with the Soviets to retreat from Soviet-occupied Iran whereby Barzani went into Soviet exile until 1958. ©2013 Derek Henry Flood 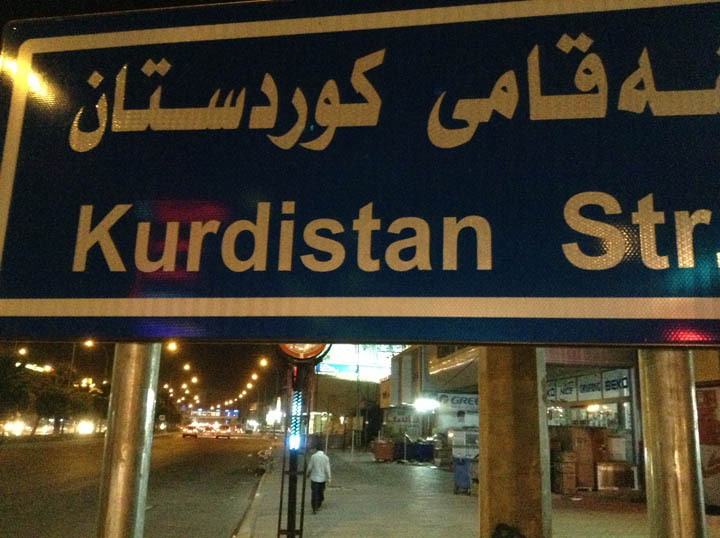 It seems that with each passing year the notion of a sovereign Kurdistani state is becoming closer to a ground reality. As the tug of war between Erbil and Baghdad grinds on over federalism, security and oil export law while mainstream Iraq descends into another fit of sectarian warfare of which the Kurds want no part. ©2013 Derek Henry Flood

← Twenty Long Years
The Mess They Left Behind →