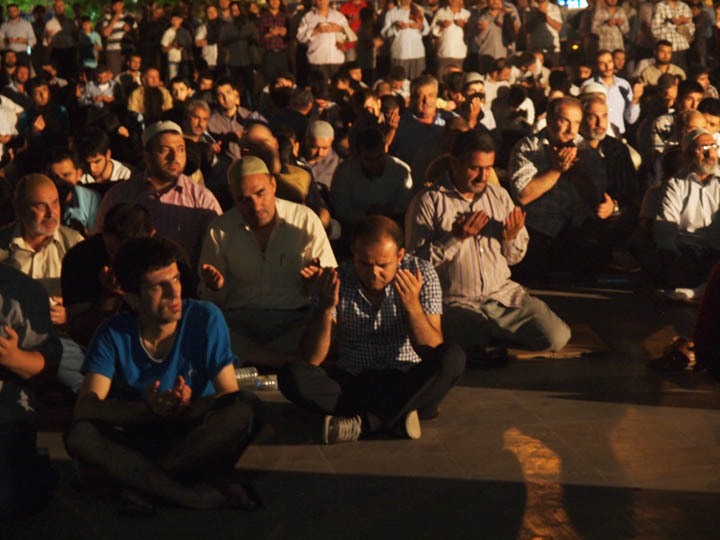 An Ikhwan (Muslim Brotherhood) rally in the square across from my hotel in Diyarbakir. The speakers expressed outrage at the putsch in Cairo that ended the short lived presidency of Mohammed Morsi and expressed solidarity with the suffering Muslims of Syria, Iraq, Kashmir and even the Shia of far away Bahrain. ©2013 Derek Henry Flood

Diyarbakir- Though I try not to get overly personal with TWD’s posts as it’s more of a news/analysis site, I’ve just arrived in southeastern Turkey (northern Kurdistan to some) and this marks twenty years of my travels in the Middle East. In the summer of 1993 I traveled to Israel/Palestine to be a volunteer worker on a grueling archaeological dig not too far south of the Lebanese border. Lo and behold A short, hot war broke out that summer two decades ago called either the Seven Day War or Operation Accountability depending on whom one asks (as is everything in this zone).

Here I am twenty long years later with both Syria and Iraq just to the south at war and the PKK resurgent in Turkey while in peace talks with the Erdogan government drag onat the same time. The eponymous province of which Diyarbakir is the administrative center is not without occasional political violence either.  In this area there is so much going on seemingly at all times whether in terms in broad brush geopolitics or furious insurgencies being clumsily batted back by traditional military institutions employing awful scorched earth tactics that it just keeps calling me back.

Importantly, at least to me, is that I feel privileged to be here at all after all this time. I’ve met journalists over the years who are no longer still alive to tell these stories. I still think about them. 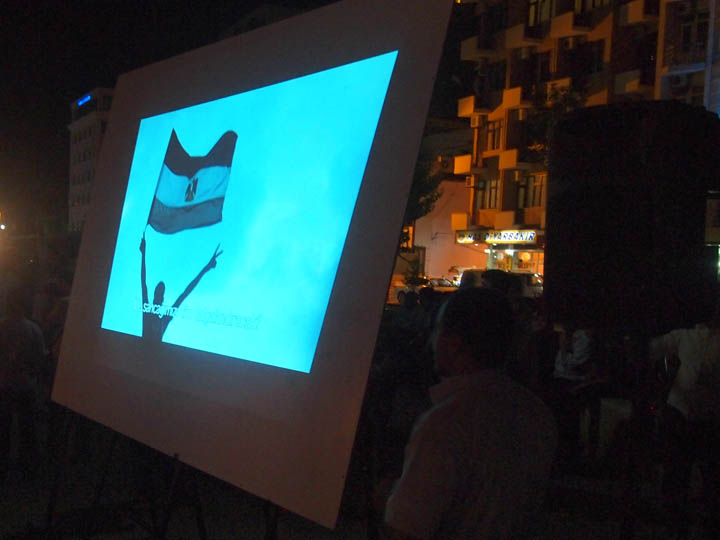 The Muslim Brotherhood had a post-Iftaar rally in the square across the street from my hotel. Speakers fired up the crowd about the unjust nature in which Mohammed Morsi was recently deposed in Cairo. This to me symbolizes how much Turkey has changed in the era of the AKP government ruling in Ankara. I couldn’t have imagined this in the 1990s when I first started coming here where it was all about Ataturk and the Ikhwan was spoken of in hushed tones. ©2013 Derek Henry Flood 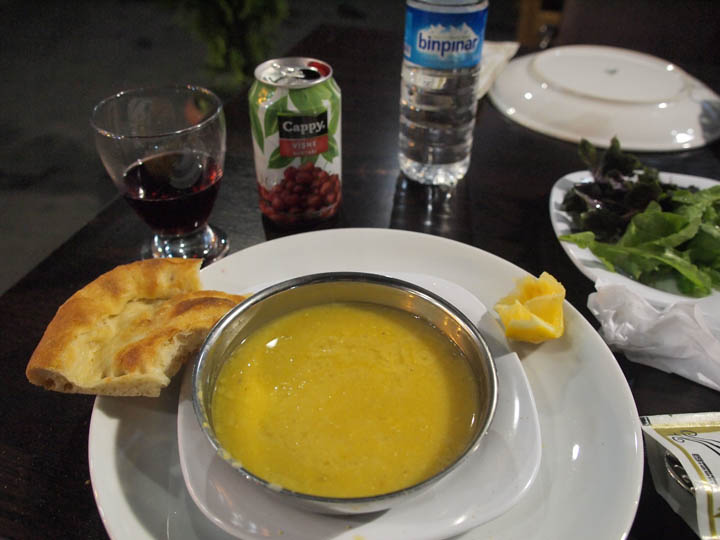