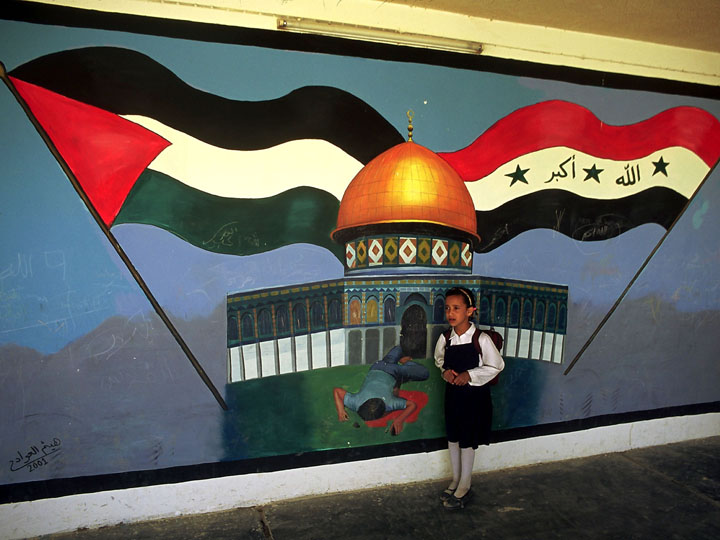 An Iraqi girl returns to school in Karbala after the American invasion of her country. Behind her is a mural of Muhammed al-Dura, a young boy killed during the second intifada in Palestine. ©2003 Derek Henry Flood

Barcelona- I have a new article out in today’s edition of Asia Times Online about the discordant security arrangement in Iraq’s contested Kirkuk Governorate. On October 21, 2011, U.S. President Barack Obama declared: “After nine years, America’s war in Iraq will be over.” What the president should have said that American large-scale participation on the ground would end but the war in Iraq would continue to painfully grind on. 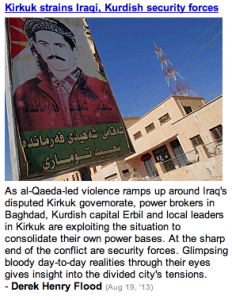 Though the White House had the audacity of boast in citing the major troop withdrawal as one of many campaign “promises kept,” as it has become loudly clear in 2013, the Iraq war in nowhere near ending–only American leverage over its outcome has mostly ceased. Many Iraqis I spoke to over the course of a week (as well as a number of Syrian refugees) consider Iraqi Prime Minister Nouri al-Maliki a nearly hysterical Iranian client leader who is concerned primarily with the preservation of his own personal power regime. In fact I encountered more people who favored the former American presence than were fans of their own PM.

The frustration over the dire lack of daily security among ordinary Iraqis was both obvious and immense.In between the ongoing horrors in Syria and now Egypt, Iraq has been creeping up into the headlines–and not just because of its proximity to the Syrian war. Al-Qaeda in Iraq is undeniably resurgent. Shia militias like Asa’ib Ahl al-Haq (AAH)–a splinter group from Muqtada al-Sadr’s Jaish-i-Mahdi headed by Qais al-Khazali–are undoubtedly feeding off Sunni militancy to define themselves as communal defense movements. Meanwhile Maliki’s government situated in the closed off “Green Zone” cannot seem to come to an accord with Massoud Barzani’s Erbil over either oil law or the territories disputed in several northern governorates between Baghdad and Erbil.

The Iraq I first encountered in 2003 had the momentary illusory feel of a place filled with possibilities. And I’m not referring to the delusional overnight resuscitation of the oil sector as dreamed up by the neoconservative hawks at the time. Like the Malwiya in Samarra pictured below, my ulterior motive for visiting Iraq was its incredible historic sites that had been largely cut off from the outside world since Saddam Hussein’s ascent to the Iraqi presidency in 1979. The shrines of Imam Ali and Imam Hussein, and the ziggurat of Ur outside Nasiriyyah were fantasies to visit in person. But alas there was no cultural revival to be. Iraq has been steadily in some form of war for all of the last decade. Iraq quickly became much more Syriana than Indiana Jones. 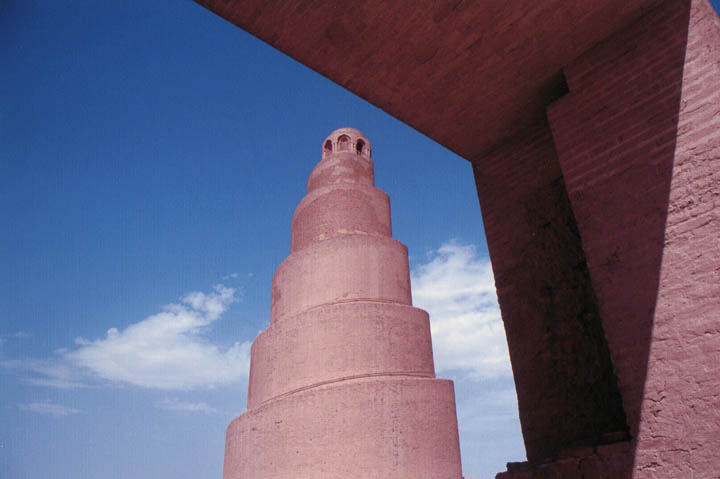 The Malwiya tower from the Great Mosque of Samarra, May 2003. It was built in the mid-800’s by the Abbassid caliph Al-Mutawakkil ʻAlā Allāh Jaʻfar ibn al-Muʻtasim. From atop the Malwiya I could see the golden dome of the al-Askari shrine housing the tombs of the 10th and 11th Shia Imams. The al-Askari shrine was later blown up in February 2006 and again in June 2007. ©2003 Derek Henry Flood

At lot of varying interests were at play regarding who stood to gain or lose in Iraq in 2003. The most politically palatable meme was that the entire world public–led by the European left–stood in solidarity against the invasion. From absurd Ba’ath apologists to genuine anti-war activists, the more complex pill to swallow was that many Iraqis actually welcomed the Anglo-American invasion which also included  Australia–later to be joined by soldiers from Ukraine to Tonga. I say this not regurgitating some misguided New York Times op-ed column from that time but from my own experience on the ground.

Both anti-war activists and pro-war jingoists sought to portray Iraq as a faceless monolith for their own ends. No one really cared anything about what common Kirkukis or Najafis actually thought.

In trying to avoid the expensive media circus in Baghdad, I spent more time in southern Iraq. The majority of Shia I interacted with in Najaf and Karbala back then initially welcomed the invaders-cum-occupiers. Though it wouldn’t last long, there was a brief honeymoon period that seemed full of potential. Of course most of that was more the result of a confluence of mutual ignorance than of a brilliantly architected armed humanitarian intervention. 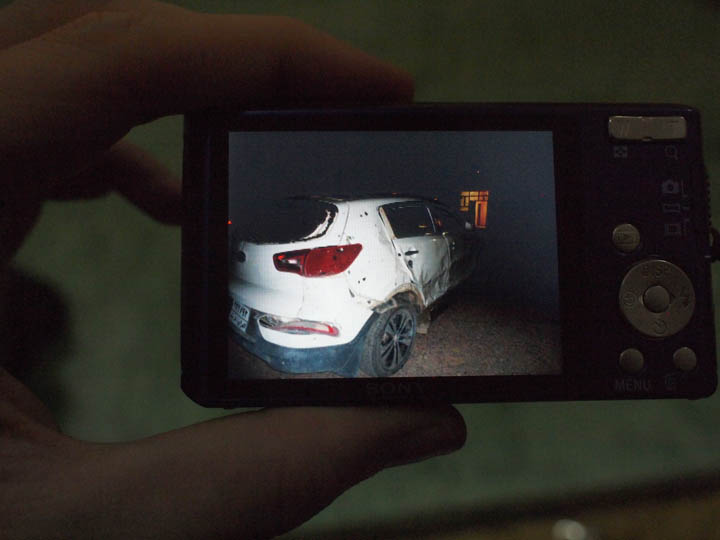 Police officer Shakawam’s Namiti’s car after it was it by an IED at 1:30 a.m. in midsummer, Dibis, Kirkuk Governorate. The policemen told me they did not believe ISIL was behind this incident but rather they suspected the neo-Ba’athist JRTN. ©2013 Derek Henry Flood 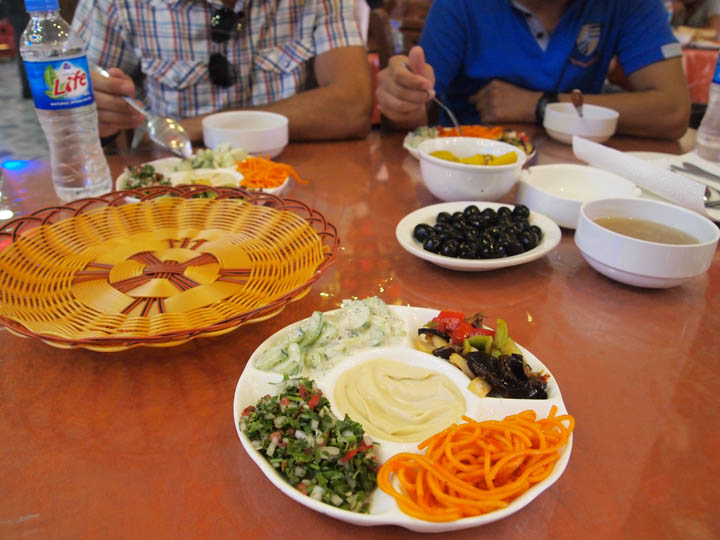 Oh and Iraq has some fantastic local dishes. But you are more likely to hear about Iraqis dying during their dinner as sectarian killing escalates. ©2013 Derek Henry Flood

← The Road Somewhat Less Traveled As Seen Through an iPod.
Along the Morphing Green Line in Iraq →