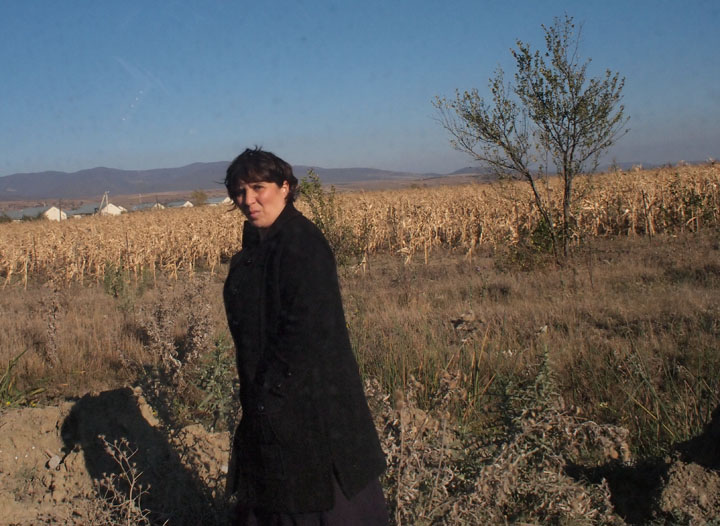 A Georgian refugee from the August 2008 conflict walks toward her home in a an IDP camp on the outskirts of South Ossetia on October 25, 2013. Certainly no Olympic spirit here. ©2013 Derek Henry Flood

New York- The Sochi Olympics currently plod awkwardly ahead, the trendy stories have tended to be about the brand new, dilapidated hotels confounding journalists and athletes alike in this modern day “Potemkin village” and gay rights or lack thereof in the Russian Federation. These two themes have been largely dominating the spectrum of the ethical debate that has been surrounding the games for some time. Last week I decided to post my reportage on Buzzfeed (linked to screen grab I’ve posted below) along the “Administrative Boundary Line” that serves as the de facto border separating the ‘Republic’ of South Ossetia and the Republic of Georgia in the South Caucasus region.

In addition to all this mess, the games are also occurring under threat from Doku Umarov’s Imarat Kavkaz (Caucasus Emirate) which has ostensibly sought to garner world attention with a trio of bombings in Volgograd (formerly Stalingrad) which were automatically attributed to it by Russian security services. All in all, not an ideal location for a world sporting event meant to bring in prestige and hard currency.

Perhaps the most troubling ethical issue at present is that “Olympic Coastal Cluster,” transforming the village of Adler on the Black Sea is within walking distance to the banks of the Psou River. The Psou separates  Russia proper from Russian-occupied Abkhazia which is internationally recognized as Georgia territory despite decades of quasi independence after a civil war there in the early 1990s. In internationalist speak, ‘occupation’ has been a dirty word for quite some time and is employed ubiquitously when describing the West Bank today and Gaza before the Israeli withdrawal in 2005.

Evidenced by the recent controversy over the actress Scarlett Johansson promoting Soda Stream, an Israeli company that operates a manufacturing plant on an Isaraeli settlement in the West Bank, ‘occupied’ is most  often an electric term, at least when employed by activists decrying injustice in the post-war Levant. Within Georgia, Sochi-adjacent Abkhazia and South Ossetia that abuts the Russian-adminstered Republic of North Ossetia are commonly referred to as “occupied territories” to little effect outside the political spectrum of the immediate region.

This has partly to do with the incredible complexity of the the ethno-lingustic patchwork of the broader Caucasus region when compared with the binary Israeli-Palestinian dispute that is known across the world. And it is partly due to ignorance of the so-called “frozen conflicts” of the South Caucasus (unlike the hot conflict to the north). Alas, there has been no great global outcry to boycott the Winter Olympics that has managed to gather steam. Although some Abkhaz may be grateful from Russia’s protection from a militarily weak Georgia, aside from the export of gravel for flimsy construction projects, Abkhazia has almost nothing to benefit from Putin’s $50 billion-plus extravaganza practically on their shores.

The other under-emphasized ethical issue with the games is that they are occurring on land that the global Circassian diaspora claims is the site of their genocide exactly 150 years ago in the winter of 1864 when it is alleged the czarist forces ethnically cleansed the Circassian people from what is now Russia’s Krasnodar Krai.

Despite the best efforts of Circassian advocacy groups such as “No Sochi 2014” to bring attention to the horrors their people faced during Russia’s violent conquest of the Caucasus, other than write ups from a cadre of sympathetic journalists and historians, No Sochi has sadly gained little actionable traction such as a mass boycott of the event by participant countries. Jimmy Carter’s boycott of the 1980 Summer Games in then Soviet Moscow in reaction to the Soviet invasion of independent Afghanistan is looked upon today as a bout of foolhardy diplomacy.

Nonetheless, there are plenty of people who hoped some sort of mass global outrage would suddenly materialize after a hard fought grass roots campaign and perhaps at least deter the mainstream media from glorifying Putin’s vanity project just by their presence on the Black Sea coast, even if they are poking fun at hotel oddities.

To their collective disappointment, this has not happened. It is often said that sport should remain free of politics, but should it remain free from the most basic humanistic ethos? 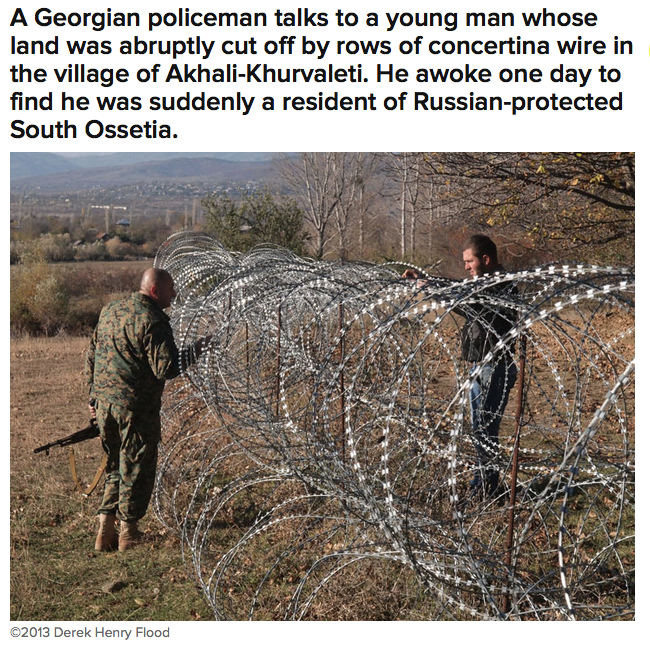 ← In Darkness
Libya- Looking Back on Revolution 2011 →