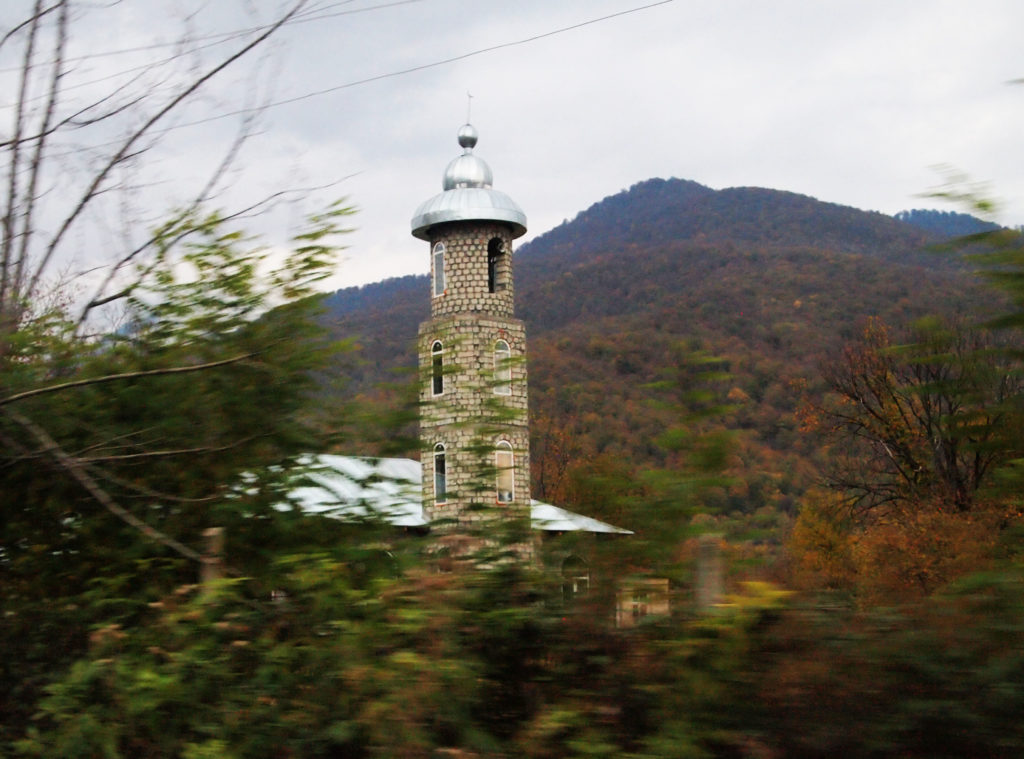 The minaret of the mosque in the village of Jokolo which has been described as salafist or ‘wahabi.’ Georgian authorities are concerned about radicalization here in the era of IS. Rather than heading northward from villages like Jokolo, aspiring fighters are far more likely to head southwest toward Syria. ©2013 Derek Henry Flood

New York- I have a new article out in the June issue of the Combating Terrorism Center’s Sentinel journal on the decline, or perhaps dismemberment is a more apt term, of the Caucasus Emirate (CE) as an insurgent outfit in the Russian-controlled North Caucasus region. When I began researching the piece in the first days of this month, my original intent was distinguish Imarat Kavkaz as it is known endonymically and IS in the ideological battle for minds among salafists in the Russian Federation’s troubled southwestern republics. 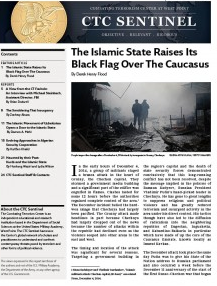 By the time I put the finishing touches on it at 4 a.m. this morning, it seemed the CE was practically no more as an effective war-fighting group. First leaders at the jamaat level began to defect beginning in late 2014 then in rapid succession it happened at the vilayat level then the geographic core pledged allegiance to Abu Bakr al-Baghdadi as I was racing against the deadline to finish. At the same time, the man rumored to be the late CE emir Kebekov’s successor, Magomed Suleymanov, was never confirmed publicly by any CE or CE-sympathetic outlets. One would think a new emir would have been proclaimed by now, especially in the face of such peer competition from IS on their home territory.

What sets the North Caucasus apart from other established IS wilayahs (governorates or provinces) outside the boundaries of the wannabe caliphate in Syria and Iraq is that the jihadis in the Russian Federation’s ragged periphery can claim to control no territory unless it were to be tracts of forest non-contiguous with population centers.

In Libya and perhaps some swaths of Sinai, local IS adherents may claim to administer small pieces of land. But the salafi-jihadi project in the North Caucasus was always more of an idea backed up with differing online maps. But there were no places in its vilayats that Russian or local security forces could not penetrate and engage the militants. Somewhat ironically, the only time this may have ever been the case was during the short-lived de facto independence of mostly secular nationalist Chechen Republic of Ichkeria that existed briefly in the interwar period between the first and second Russo-Chechen wars. The CE, or now I suppose its local IS branch, can make no such claims.

Though Moscow has secured Chechnya to a large degree (in relative terms) at great human and financial cost, the Kremlin and the Lubyanka may now have to contend with IS attacks in Russia proper. Russia has never had an effective counter terror strategy, it has only excelled at increasing homegrown radicalization which has brought attacks from Volgograd to the heart of the capital. The other situations to watch are in Georgia and Azerbaijan in the South Caucasus. Thus far Tbilisi and Baku seem to operating in a sort of quiet detente with the jihadis who are exiting their borders for Syria and Iraq. These South Caucasus jihadis don’t seem to be making an effort to overtly threaten their respective home governments. 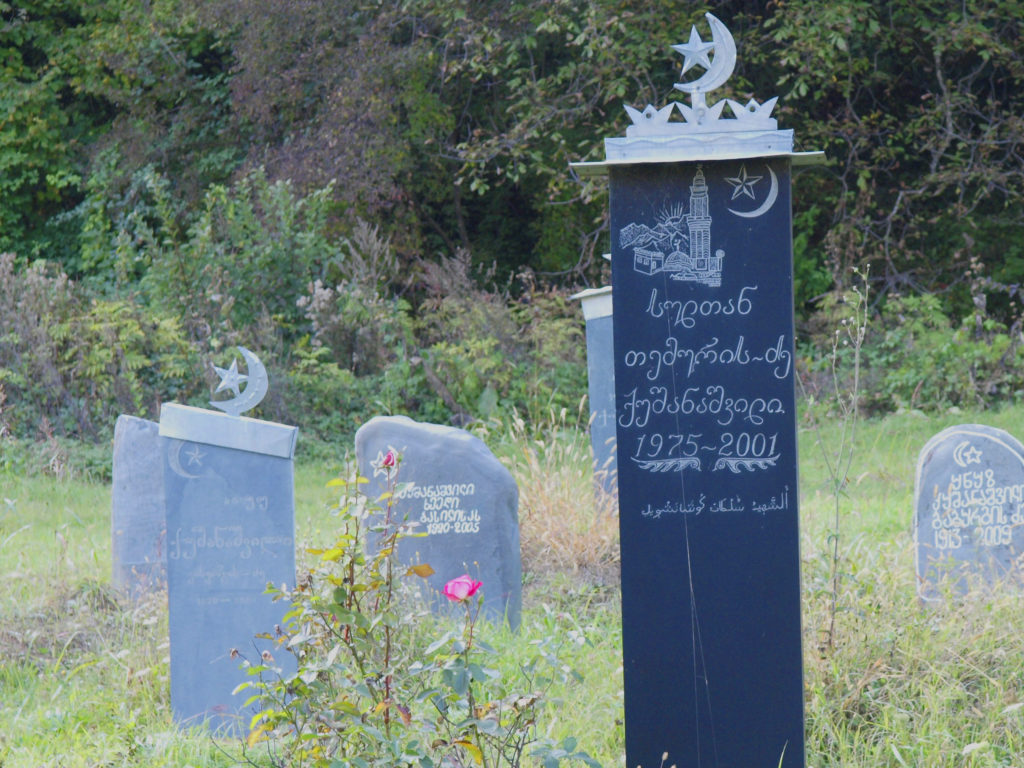 A Kist graveyard near the village of Birkiani in Georgia’s Pankisi Gorge. Note the central tombstone is engraved in Georgian and Arabic script but absent is Cyrillic. Several prominent jihadi leaders operating in Syria hail from this string of villages along the Alazani River in northeastern Georgia.This once quiet post-Soviet backwater has aroused all sorts of intrigue for years now yet it remains poorly understood. ©2009 Derek Henry Flood

← The Shia Ascendancy
The Rise and Demise of Qaddafi →