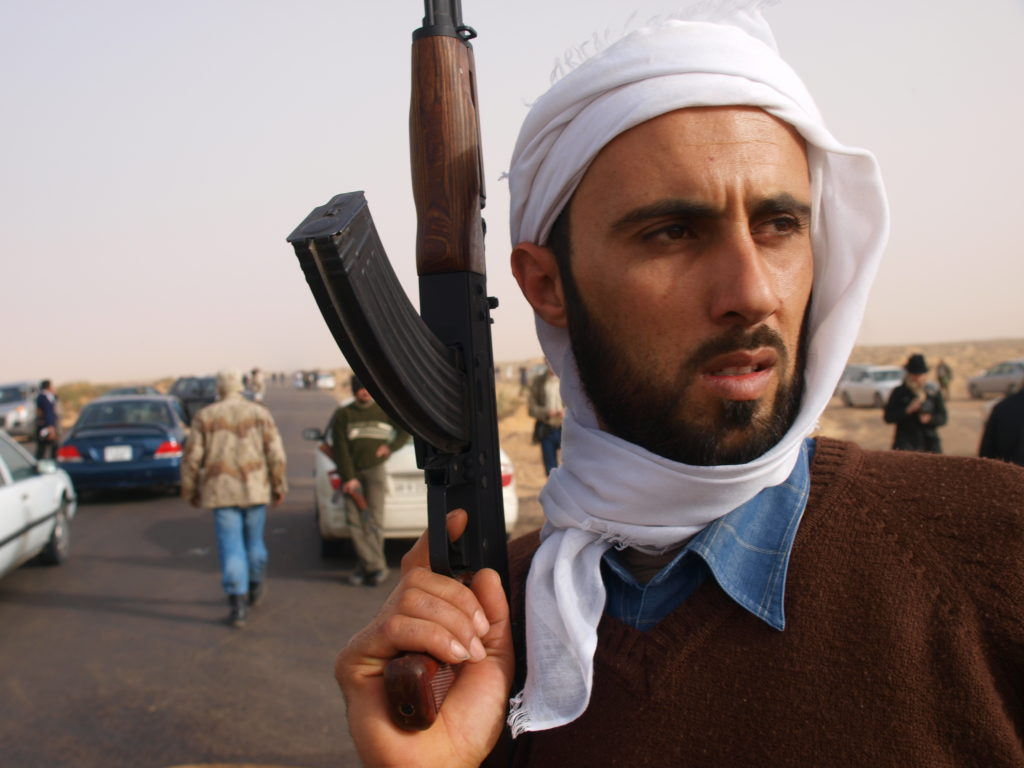 An anti-Qadaffi fighter on the road toward Brega on March 4, 2011. The tension created in over four decades of Qaddafi rule was palpable in what was then a makeshift uprising. ©2011 Derek henry Flood

New York- I’m appearing in a new series which premiered last week for Discovery Networks entitled Evolution of Evil about the rise of dictatorships in the twentieth century. In the first episode I discuss the rise of Muammar Qaddafi (alt. Gaddafi) over the course of forty years between the ouster of King Idriss in the September Revolution and his unceremonious demise during the earth shaking Arab uprisings of 2011. I appear alongside Bruce St. John, author of Libya: From Colony to Independence, and others in this new series profiling the men who became synonymous with megalomania.

The next episode I will appearing on will be  Saddam: Butcher of Baghdad on August 20.

← The Black Banner Cafe
The PKK vs. the Deep State →