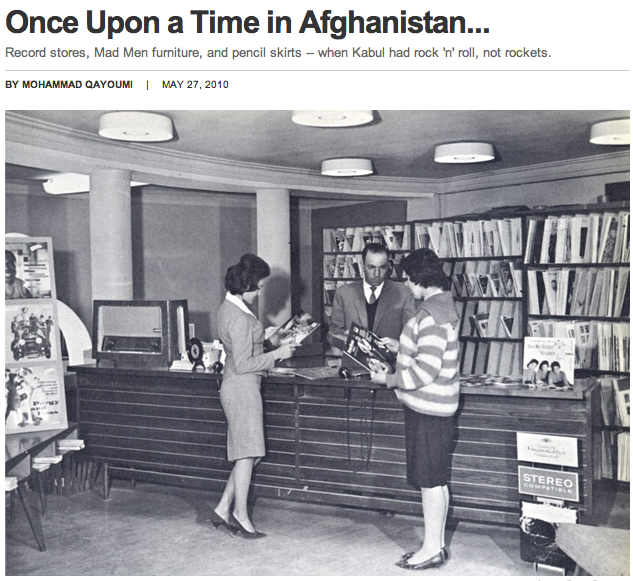 Los Angeles- The AfPak Channel has an incredible photo essay that Messr. Mohammed Qayoumi, president of Cal State East Bay, gave them after he scanned a 1950’s era image book published by the Afghan Ministry of Planning in the now relatively very quaint days of the Zahir Shah monarchy’s Cold War zenith. Obviously the book is strictly representative of Kabul in that era though one must know that modernization was the order of the day in neighboring Iran under the Shah, Mohammed Reza Pahlavi, and to a lesser degree under the dizzying, revolving door of Pakistani regimes of PM’s Khawaja Nazimuddin, Mohammed Ali Bogra, Chaudhry Muhammad Ali, Huseyn Shaheed Suhrawardy, Ibrahim Ismail Chundrigar and Ayub Khan to Afghanistan’s east and south when pro-Western foreign and domestic policies were in vogue throughout the post-colonial realm. Afghanistan, which had virtually no imperialistic baggage to shed, was attempting to move forward wedged, as always, betwixt and between “great” powers of the twentieth century. These so-called great powers of Stalinist Russia and Maoist China, and Eisenhower Doctrine-era America among others, saw Afghanistan as a barren polo ground where Cold War manoeuvring was in play. “What an unlucky country.”