A Hindu temple along Serangoon Road, in the heart of Singapore's Little India. ©2010 Derek Henry Flood

Singapore- After finally moving on from KL, I’m passing though Singapore’s Little India for a night en route to Bali. Little India (Little Tamil Nadu) is probably the most sanitized Indian neighborhood on the globe and not bad for it. Tamil is one of Singapore’s four official languages along with Malay (also the national language), Mandarin, and English, sometimes referred to as Singlish in local jargon. I’d read in the Wikitravel entry on the city state that Malaysian newspapers are banned here and purposefully grabbed one in KL the bring through customs hoping to stir something up but it was allowed in or not noticed, a bit of a disappointment. I ditched my gum in KL but more because it was old than trying to start something here. As I don’t have much going on at the moment, I’m going to plug a really great article trilogy by Brasilero wildman Pepe Escobar on Asia Times about a time that I fondly recall with photos by Jason Florio of pre-9/11 Afghanistan. 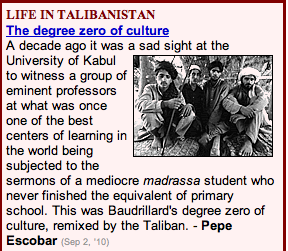 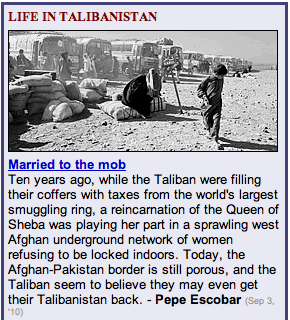