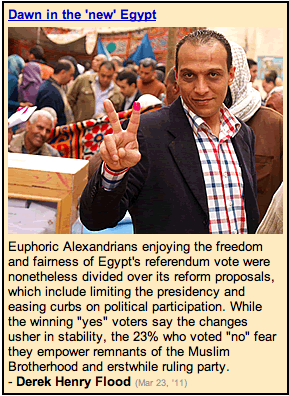 Cairo- Took a very leisurely journey from the relative calm of Alexandria’s Midan Saad Zaghloul and a week of regrouping after the previous two in the Libyan insurrection, to Cairo’s posh Zalalek island, a leafy, diplomatic enclave in the center of the Nile. It still astounds me how cheap Egypt is (except for this rather expensive hotel where I’m staying the night). A first class ticket from Alex’s Misr train station to Ramses station here was 50 Egyptian pounds, which at $1 USD to 5,91 £E, makes the under three hour journey well less than $10. I then took the Metro from Ramses station to Gezira, which avoided a lot of traffic and put me on the island, for 1 £E, or about 17¢.

I cannot recommend highly enough the restaurant called Mohammed Ahmed est. 1957 on a hill just off Midan Zaghloul in Alex where I ate everyday (sometimes twice a day if I include their take away counter). I don’t know of too many places in India, or even Pakistan, where you can eat that cheaply.  A huge lunch for under 1 USD? There are major cities in South Asia where that price would be tough to beat. Ahmed’s is a great people watching joint as well. Catching a taxi the 10 minutes from Gezira up to Zamalek, it hit me how almost provincial Alex is to Cairo, the quintessential megacity.

All this non seriousness aside, the Arab states will not stop revolting and in some cases, exploding. Besides the Allied bombing of Libya since I left, which has not changed the game on the ground significantly for the rebels just yet, in Ba’athist Syria, an uprising has apparently begun in the southwestern town of Daraa near the Jordanian border and tensions in Yemen and Bahrain show no immediate signs of deescalating. The only true oasis of ‘stability’ is of course the United Arab Emirates where the Emiratis, an underwhelming minority in their own nation off set by millions of South Asian, Egyptian, and Filipina guest workers who can never be granted citizenship, means that for Emiratis with no urban underclass to speak of, the status quo suits them just fine for now. Here in North Africa, it is all thawra, all the time. (Link) View more John Rhys Davies Quotes and Sound Clips and Raiders Of The Lost Ark Quotes and Sound Clips

← Are You Ready To Referendum???
Walking Like An Egyptian →