Nalut- It’s hot as Hades here today but then where is it not that hot? Wilting from the temperatures with the local Nalutis, I am putting up a few snaps from my Blackberry to kill some time and illustrate part of my world. Welcome…

The first sign of Libya while heading southeast toward the Dahiba border was this road sign where the driver happened to stop to get some engine oil. Note that Nalut is spelled "Nalout" in Franco-Arabic Tunisia. I feed off of all those little sorts of nuances in this workaday world. Also note my Blu Buster faux Blu Blockers that I got hosed on on Ebay. NBC's Richard Engel once decried my sun shielding lenses in Afghanistan; asking "Are you a hipster?", I hope he doesn't catch me rocking the bogus Blu Busters! Oh the humanity! ©2011 Derek Henry Flood 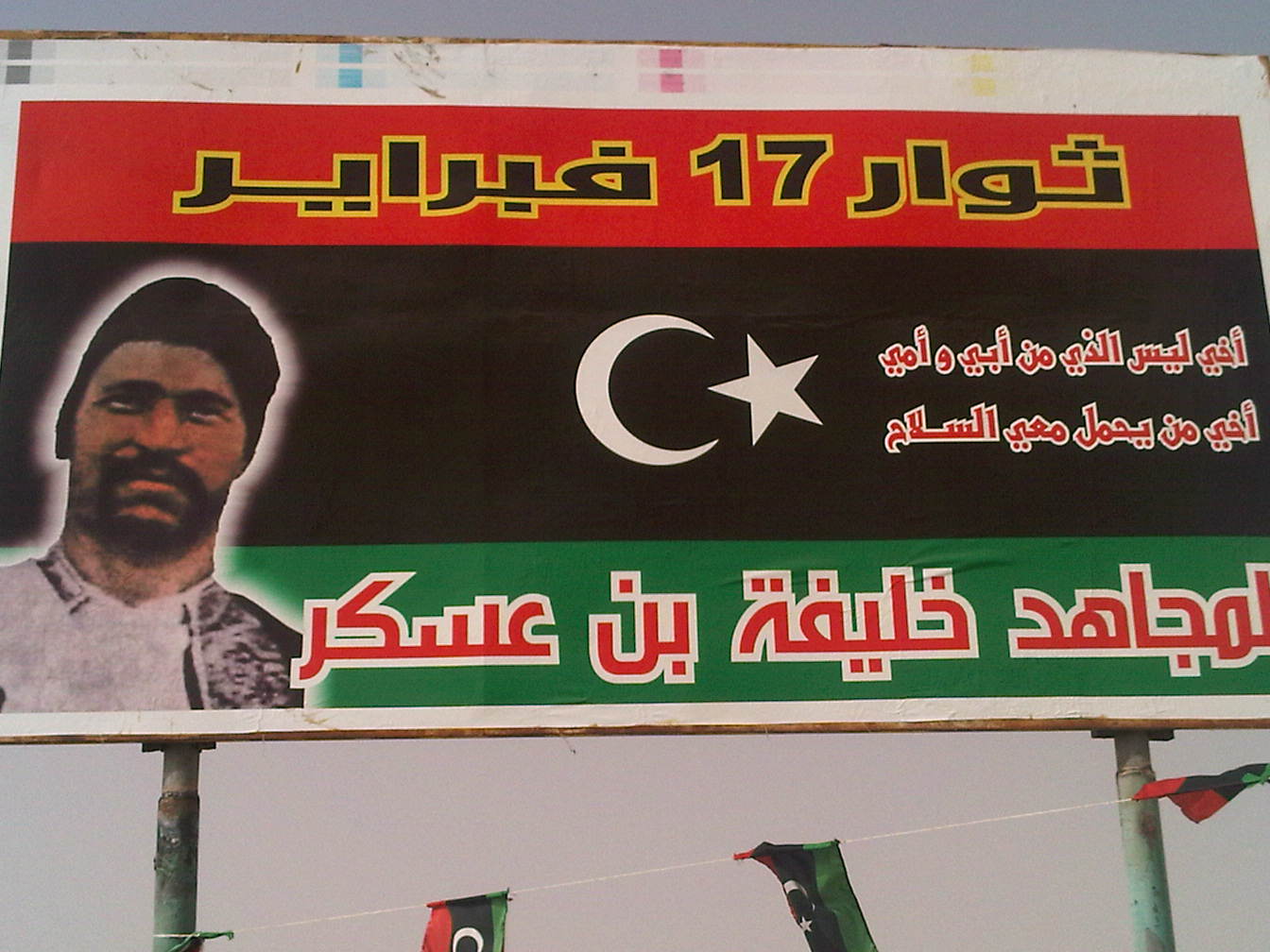 One of the first things I noticed when I arrived in Nalut the other day was the glaring absence of Omar al-Mukhtar, the Cyrenaican martyr-hero ubiquitous in Benghazi. This is a visage of Khalifa ben Askar, Nalut's Amazigh martyr-hero who, like al-Muktar, was executed by the Italian colonial regime. ©2011 Derek Henry Flood 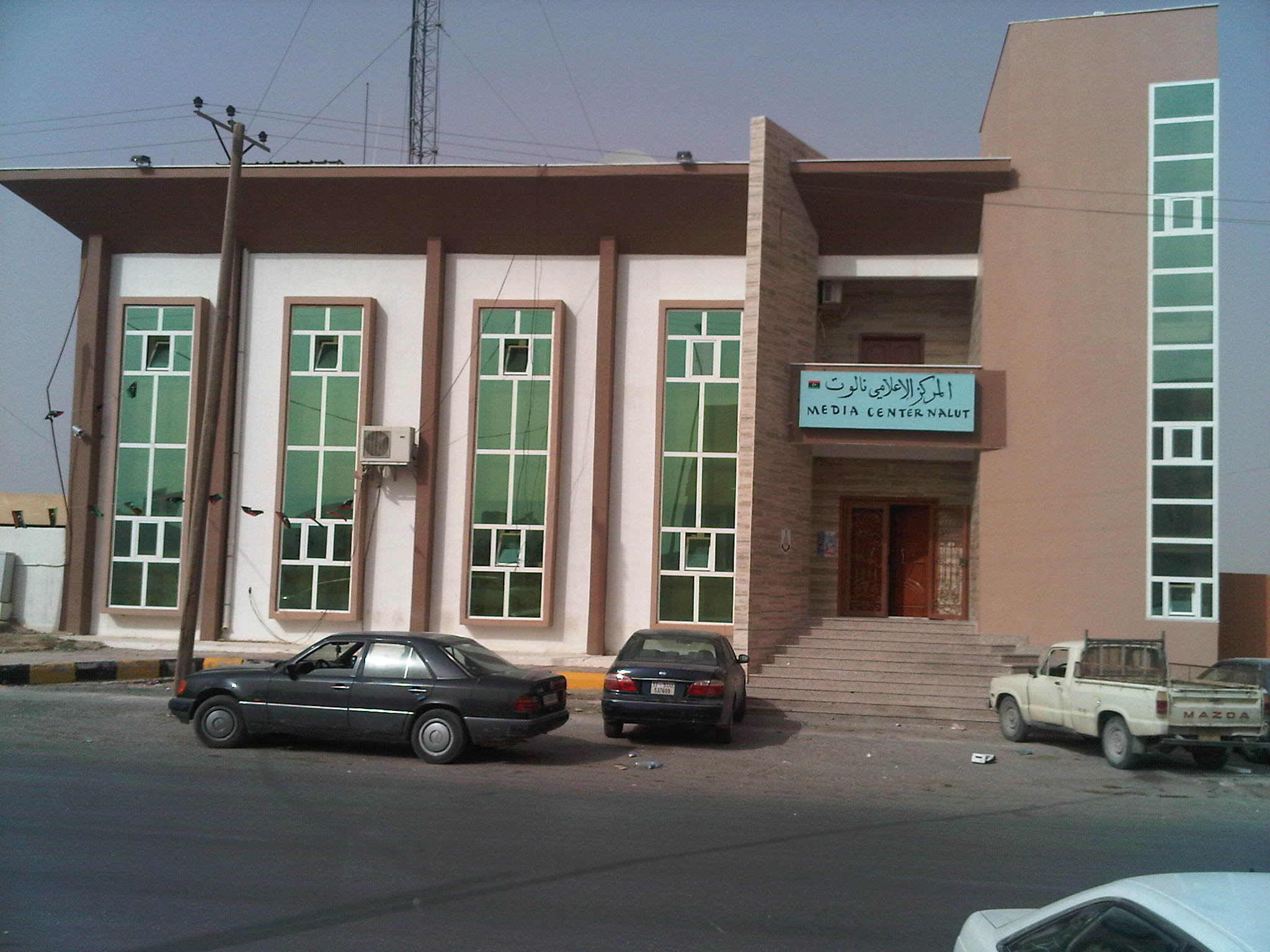 This is where I am spending the day/who is so generously hosting me. The rebels took over the nicest building in town, once part of some ill-fated Seif al-Islam project, and turned into their media operations center with an Italian satellite internet link. Generous portions of rice, couscous, macaroni et al are served daily to hungry revolutionaries and starving journos like myself. It is an oasis of cooled communications in a sea of heat and dust. ©2011 Derek Henry Flood 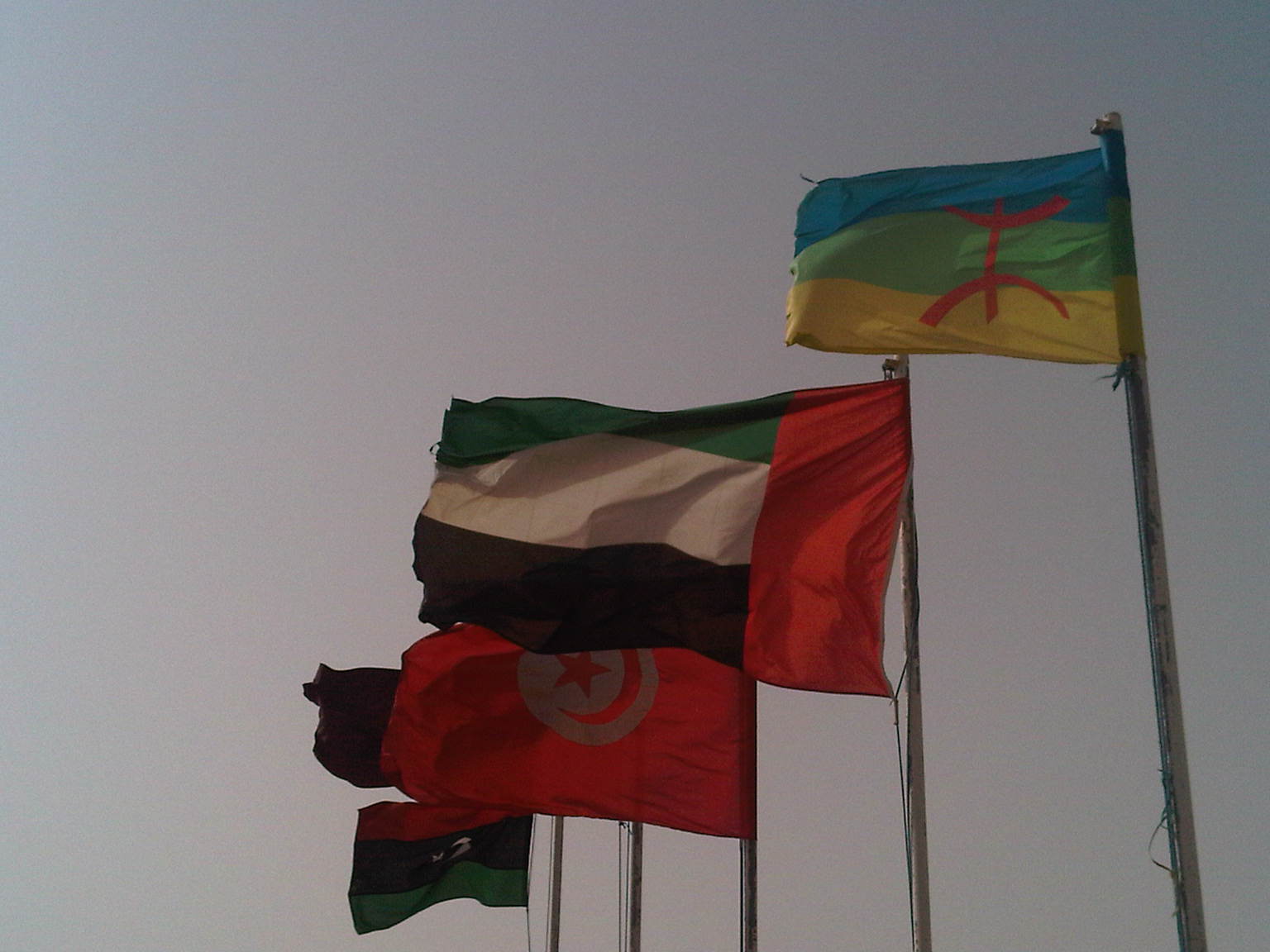 Now this to me was fascinating as I like to analyze everything. The Amazigh national flag, then the Emirati flag, followed by Tunisia, Qatar, and finally the Benghazi/Sanussi tricolor. Quite in contrast to the flags in Benghazi. This fight appears very localized in terms of its physical symbolism. ©2011 Derek Henry Flood

← In Western Libya
The Long Night →