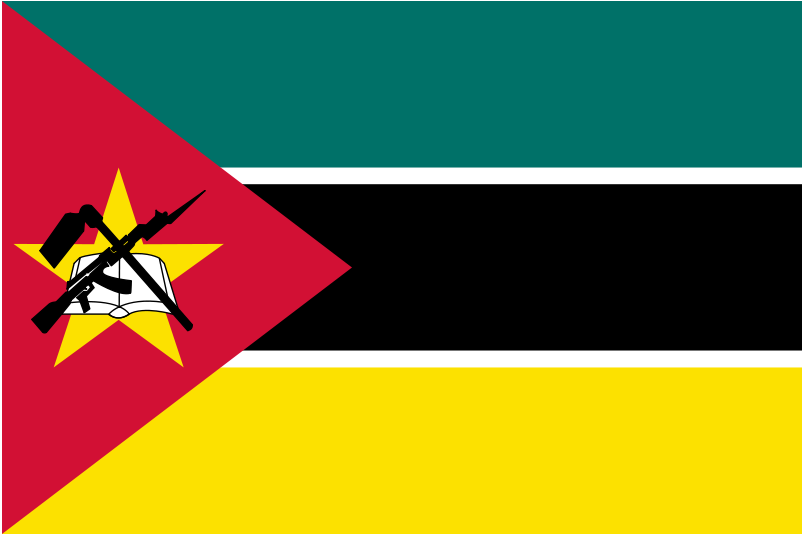 New York- The Avtomat Kalashnikova assault rifle, known popularly as the AK-47 or Kalashnikov, became one of the defining symbols of Third World national liberation movements and a physical manifestation of anti-imperialist thought in the second half of the twentieth century. The Kalashnikov appears most notably Frente de Libertação de Moçambique (FRELIMO)-designed flag of Mozambique pictured above. Hezbollah has a Kalashnikov-like weapon pictured on its yellow and green flag as a symbol of its persistent resistance to Israeli occupation and military hegemony. During the ‘summer war’ in July and August of 2006, the Ba’athist regime in Syria, one of the Shia group’s principal external state backers, had Hezbollah’s yellow banners flying up and down its Mediterranean coast to drum up Syrian domestic support as well as that of visiting GCC tourists. Syria’s cities were plastered with these what should be incongruous visuals that summer. Anyone who covers the developing world’s violent conflicts is likely intimately and awkwardly familiar with the Kalashnikov’s wood and metal sinews coupled with that unmistakable banana clip. 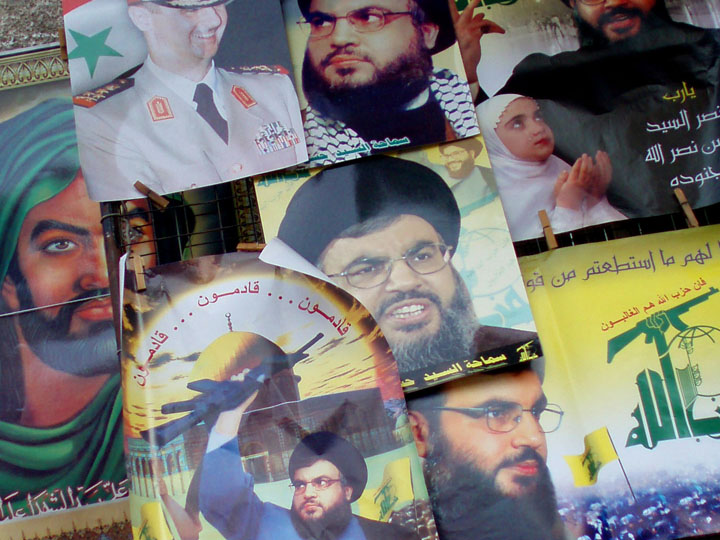 Wild jumble of Hezbollah and Ba'athist propaganda posters in Latakia, Syria on July 29, 2006. Note the visage of Imam Hussein to the left mixing in Shia religiosity. I find the central image of particular interest with Hezbollah Secretary-General Seyyid Hassan Nasrallah hoisting the aforementioned rifle of ambiguous provenance over his head. The image seems to suggest that if it came down to it, Nasrallah himself would pick up a gun and join the fight. ©2006 Derek Henry Flood 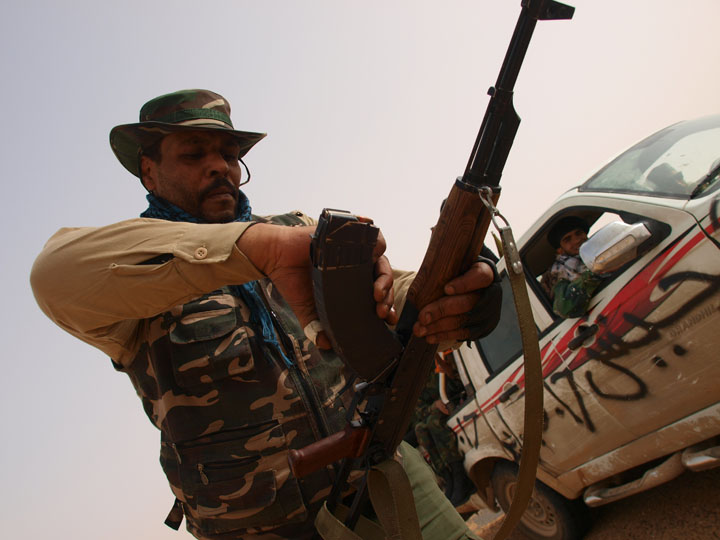 An NTC rebel fighter loads a clip into his Kalashnikov near al-Aghela, Libya on March 4, 2011. ©2011 Derek Henry Flood

An FSA rebel fighter points his Kalashnikov toward the frontline in Ain al-Baida, Syria on January 29, 2012. ©2012 Derek Henry Flood

A pair of Jamiat-e-Islami Afghanistan (Northern Alliance) fighters tote their Kalashnikovs at a position at Ai Khanoum, Afghanistan at sunset on November 6, 2001. ©2001 Derek Henry Flood 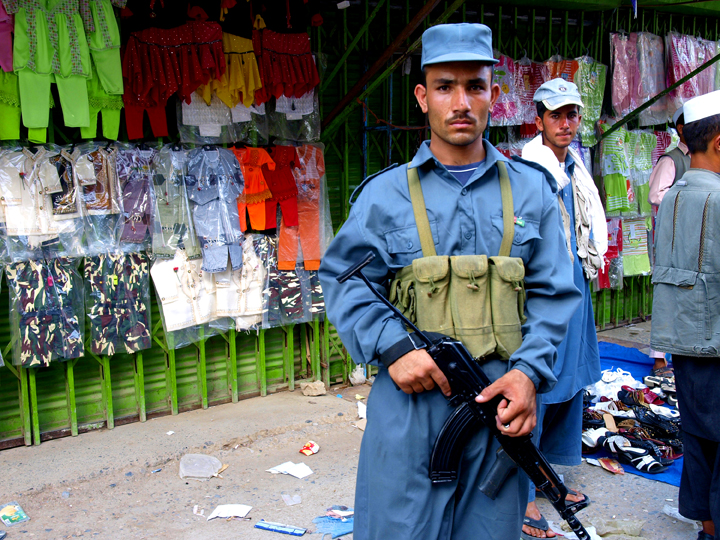 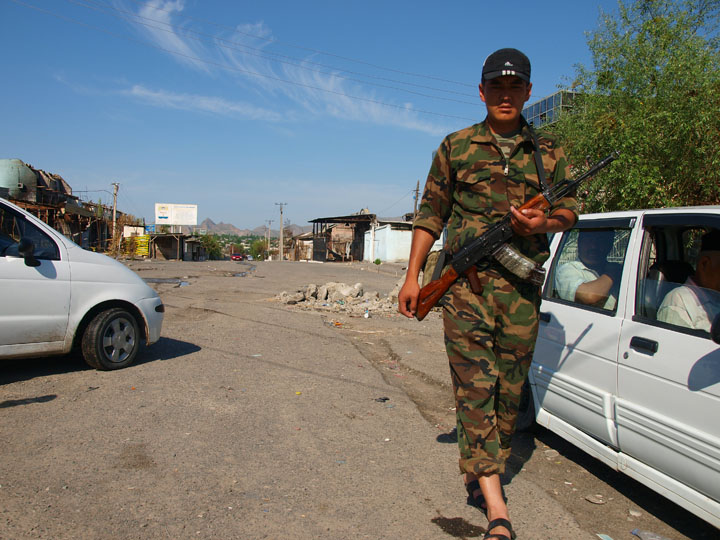 On June 27, 2010, a sandal-clad Kyrgyz soldier inspects vehicles at a checkpoint in Osh, Kyrgyrzstan during that country's constitutional referendum vote on the devolution of presidential power in the wake of deadly inter-ethnic conflict in the Ferghana Valley earlier that month. ©2010 Derek Henry Flood

In going through old photo portfolios this week I discovered an image I’d nearly forgotten I’d taken of a massive Soviet-style Kalashnikov monument on the road in central Iran. I love the photo not for its artistic merit obviously but for what it symbolizes. I tweeted the photo to C.J. Chivers, author of the definitive Kalashnikov book, The Gun.  In return he created a kind blog post featuring my snapshot which I’ve reposted below.

Screen grab from C.J. Chivers The Gun blog on my Iran photo. This monument appears to me to a fascinating mix of millenarian Iranian Shi'ism and Marxist realist public art. Stylistically the sculpture appears appears quite disjointed as if it was either created by more than one artist or was adapted or recycled from a previous monument. ©1999 Derek Henry Flood

← The Fabled City
Between Guantánamo and Hellfire →