An Iraqi Army soldier mans a lonely checkpoint in Dibis District, Kirkuk Governorate, Iraq. Soldiers here have to be wary of both the Dawlat al-Islamiyya fi al-Iraq (Islamic State of Iraq) led by Abu Bakr al-Baghdadi and the Jaish Rijal al-Tairiq al-Naqshbandi led by Izzat Ibrahim al-Douri. These insurgent groups constantly target Iraq’s federal security forces whom they see as representing Maliki’s ‘apostate’ or pro-Iran Shia government. Aside from that constantly morphing nightmare, they are also along a sort of front line with Kurdish peshmerga militiamen. Seeing a post-Western troops Iraq gives one pause for what may happen in Afghanistan once the NATO ISAF coalition is eventually disassembled. ©2013 Derek Henry Flood

New York- As the worst year of my life comes to a quiet close, I can look back and be thoroughly grateful for the two reporting trips I was able to make to Iraq and Georgia and for the friends I was able to reconnect with in Catalunya and Greece. I thank heaven for all those who graciously supported me in 2013.

This world is filled with all kinds of people from pathetic nihilists to selfish materialists all the way to gentle altruists. The former are reported on and/or lionized far too often while the latter often fail to receive the credit they so rightfully deserve.

One of the biggest events on the near term horizon slated for 2014 is of course the wobbly future of a post-Karzai, post-America/NATO Afghanistan. With a presidential election scheduled–replete with some candidates of questionable repute–for early April in which Hamid Karzai is ineligible to run for another term and the planned pullout-be it partial or total–of American troops a year from now, it is possible the Afghan Taliban’s writ in the parts of Afghan Pashtunistan that make up its power base may be reenergized.

The pull-out of the Americans would likely lead to an immediate abandonment by its NATO partner nations and others non-NATO contributors such as Georgia. Like the Kurds, the Pashtuns are one of the world’s largest ethno-liguistic groups devoid of a nation-state to call there own.

The Taliban are not akin to al-Qaeda but are rather an Islamist ethno-nationalist movement that seeks to rule Pashtunistan as it is sometimes referred and other adjacent parts of Afghanistan–and now Pakistan as the movement’s once limited ideology has continued to metastasize– inhabited by Tajiks and Punjabis. Uzbeks and Sindhis. Although of course Taliban leadership would never admit such, even though the emirate they once proclaimed back in the 1990s was within Westphalian border principals in the land they inherited and conquered.

It should be remembered that while for the West the raison d’être for its presence in Afghanistan was Mohammed Atta sitting in Tarnak Farms when he wasn’t in Hamburg-Harburg, the conflict is really one of and for the people of that region to decide. The West would be and likely have been best keeping the Afghan war a low impact intelligence effort rather than a swelling-in-troop-numbers vast boots-on-the-ground mission that ended up being more of an obstacle to genuine institution building in the ensuing years.

An effusive Sunni Punjabi taxi driver said to me the other night with great passion: “the [Pakistani] Taliban are bastards. They want to kill Shia, Ismailis, Christians, Sikhs and Hindus (all of whom are minorities in Pakistan).” And while Deobandism has planted its flag here in New York City, thus far it has not materialized as a threat (despite some close calls emanating from or tied to FATA in recent years where Deobandi ideology has traditionally held sway) the way that transnational Salafism has in terms of highly localized security issues here. 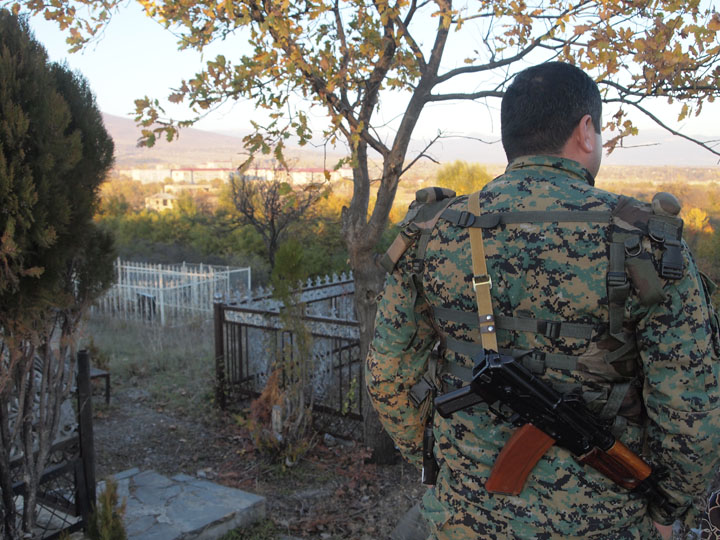 A Georgian police officer with an AK-74 rifle stands in a cemetery in the village of Zemo Nikozi in Shida Kartli region–the northern part of which is better known as the unrecognized Republic of South Ossetia. The officer looks off into Russian-occupied Tskhinvali, the “capital” of South Ossetia. ©2013 Derek Henry Flood

Besides the somewhat predictable events hoped for or dreaded in Afghanistan depending on one’s perspective, there will be the other likely events in the news cycle: natural disasters in the Pacific or Indian Ocean regions, mass shootings in the United States, suicide bombings or other insurgent/terrorist actions in the Russian Federation before and after the Sochi Olympics, large scale protest movements driven by economic grievances in capital cities around the world, deaths of old guard leaders, inter-religous violence mislabeled as “sectarian” forever reminding us of the impact Iraq has had on our journalistic lexicon, unabated unrest in the Sykes-Picot legacy states of the Middle East and so forth. Shaping up to be an interesting year already! 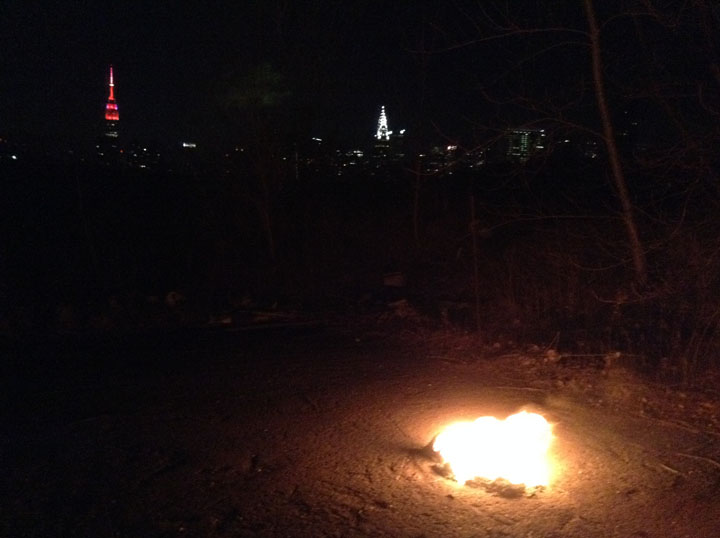 ← The Long Shadow of Vladimir Lenin
On Perspective →