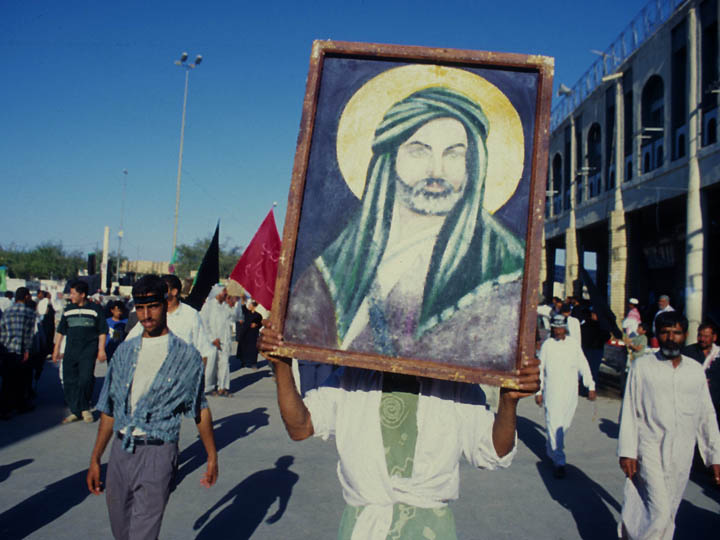 A man carries a painting of Imam Hussein during a procession commemorating Milad un Nabi (the birthday of Prophet Muhammed) in Najaf, Iraq. Immediately after Saddam Hussein was removed from power with violence, the iconography of Imam Hussein erupted from the streets of a decimated Iraq from one day to the next. ©2003 Derek Henry Flood

New York- Since the fall of Mosul to ISIL and other Sunni Arab rebel movements, the legacy demons haunting Iraq’s tortured landscapes have reared their grotesque heads to dominate global headlines once again. Even after the Islamic State of Iraq tweaked its brand to become the Islamic State of Iraq and the Levant (or al-Sham or Syria depending on media sources), the focus has been largely on Syria since American boots on the ground left Iraq behind on December 18, 2011. In darkness the last U.S. Army convoy departed Nasiriyya for the Khabari border crossing with Kuwait. Iraq became a non-newsworthy wasteland while Syria by contrast was a riveting drama where journalists were killed, disappeared or taken hostage on a fairly regular basis. In a sense, Syria became the new Iraq and Iraq became…well…a bit of a forgotten conflict.

President Barack Obama kept a campaign promise by ending the ‘bad war’ in Iraq but left vulnerable Iraqis in the lurch to fend for themselves amidst the ebb and flow of insurgent movements populating the country. Without the American footprint in its sands, highly particular political dynamics began to accelerate. The notion of an independent Kurdistan beyond mere de facto independence began to become an ever more real possibility. Economic ties, particularly energy ones--between the Erbil-based KRG and Ankara have only hardened. Maliki –the Dawa veteran and one-time Damascus resident–has become both dangerously autocratic and a lynchpin of Tehran’s foreign policy. Shia movements waxed and waned from kalashnikov-toting militia organizations to quietist legitimate political outfits operating at the forefront of the Iraqi polity and quickly reverting back to vocal militancy when threatened.

Above: A Peshmerga encampment on the lookout for ISIL and JRTN in 2013 well before this topic became suddenly fashionable a few weeks ago.

In Sunni-majority areas of Iraq (formerly the “Sunni triangle” now the even more absurd “Sunnistan“) which overlap in parts with Turkmen, Yezidi Kurdish and Iraqi Christian communities in some places and Shia holy sites as in the case of Samarra picture below, militancy has come back full throttle. After the forcible dismantlement by Maliki’s security forces of the Hawija (Kirkuk Governorate) and Ramadi (Anbar Governorate) protest sites in 2013, for many activist Sunnis this was a couple of humiliations too many. 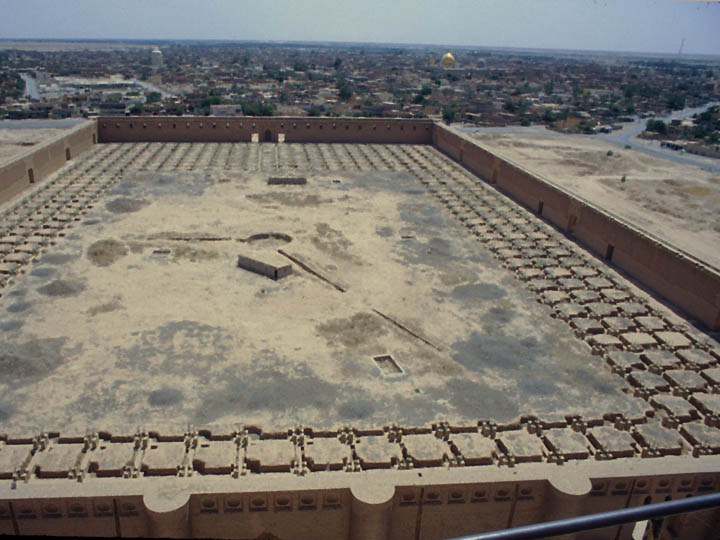 The ancient Grand Mosque of Samarra, once the seat of the Abassid Caliphate, as seen from the top of the conical Malwiya minaret. On the city’s horizon in the upper right is the golden dome of the al-Askariyya shrine/mosque complex where the 10th and 11th Shia imams are buried. Less than 3 years after I shot  this image the mosque’s  dome by blown up by  Zarqawi’s Jamaat al-Tawhid w’al Jihad (predecessor to ISI/ISIL). ©2003 Derek Henry Flood

Neo-Ba’athists refer to Nouri al-Maliki and his cronies derisively as “Safavid criminals” (corrupt proxies acting on behalf of Iranian intertests) while ISIL and other salafi-jihadis refer to their largely Shia opponents with the sectarian trope “rafidites” (rejectors) perhaps because they did not recognize Abu Bakr and Umar as rightly guided caliphs in favor of their cherished Imam Ali. 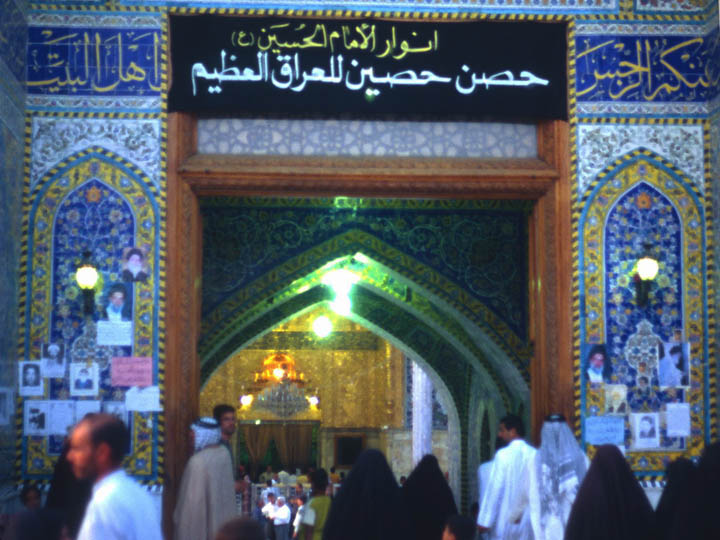 The schism between Islam’s two primary sects was immediately evident in Iraq as the Shia asserted their religious identity in 2003. The dutiful veneration of Imam Hussein was and remains at the core of that identity. That same veneration incurs the bloodletting wrath of takfiri-salafis today. The black banner reads: “The light of Imam al-Hussein, protective of the great Iraq.” Thanks to Murad Shishani for assistance with the translation. ©2003 Derek Henry Flood 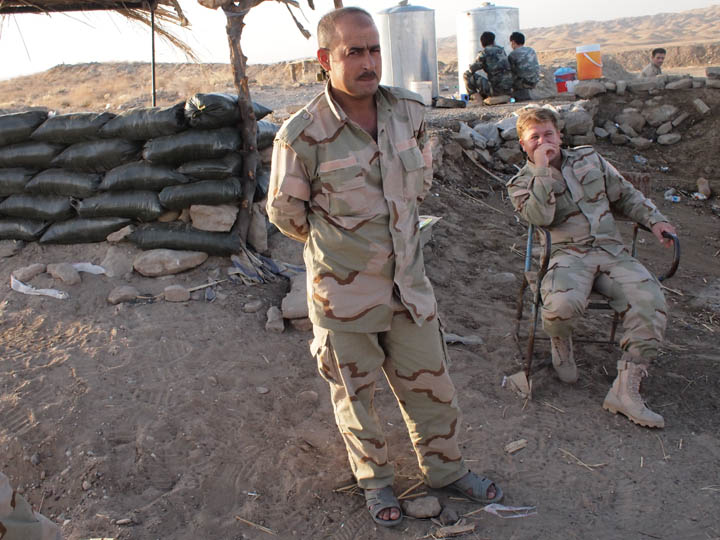 Kurdish peshmerga members loiter around their post at sunset in Dibis District, Kirkuk Governorate, Iraq. These men told me they were ready and able to defend KRG lands along their interpretation of the Green Line from potential incursions by ISIL or JRTN or the Iraqi Army if it came down to it. ©2013 Derek Henry Flood

So now Iraq appears to be imploding and militants and media alike are busy making Sykes-Picot references. When I visited Iraq last year, the Iraqis I met with were gravely concerned regarding the utter fragility of the security situation but no one in the West seemed to much care. I published some articles and photos but I certainly wouldn’t have been eligible for a Pulitzer or a Robert Capa gold medal or one of those things.

Iraq simply was a cold, dead story in 2013–which was part of the reason I went back there in the first place. The Iraq war Obama claimed-falsely in my view-to have ended, never in fact ended. It morphed into a mostly indigenous conflict that the outside world cared little about. In a way it sort of reminded me of my pre-9/11 fascination with this region. The Americans had gone cold turkey save for those protecting the embassy and so forth. Now I’m imagining my empty hotel in Erbil crawling with journos with attendant fixers milling around the lobby.

I may head back there in the coming days but I can only safely assume prices to work there–war journalism is a job where you have to pay lots of money to do credible work–have risen sharply. Perhaps it will look like I’m following the pack rather than having been ahead of the curve reporting on the tenuousness of this 10 months back. And nothing looks bright on the Iraqi horizon.