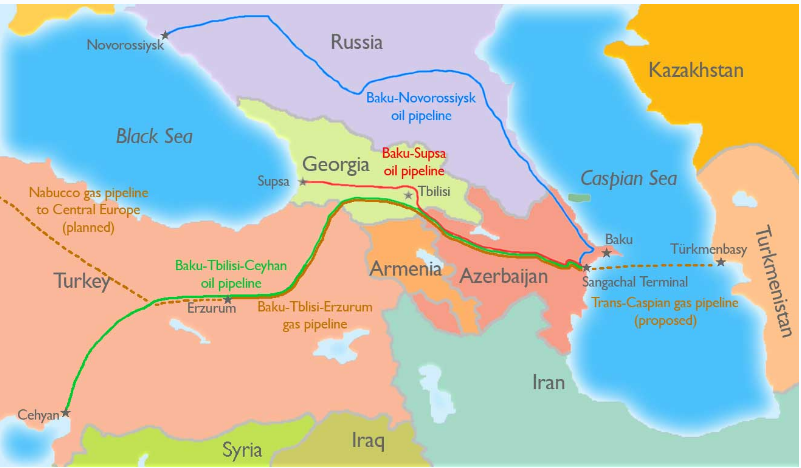 Tbilisi, Georgia- I’ve just completed a mostly sleepless journey from Ezrurum, a dull, cold city in eastern Turkey, to the lush, rolling hills of temperate Tbilisi. At the border at 1am, I joined an already rolling bus from Trabzon and was seated next to a beautiful Armenian girl who was traveling from Istanbul to Yerevan with a few friends. I have been coming to this region since 1998 and for as long as I can remember, the border between Turkey and Armenia (whose endonym is acutally Hayastan) has been a frozen zone of Soviet-esque guard towers (on the Armenian side) since Turkey shunned its neighbor during the Karabagh war in 1993. This stunted diplomacy greatly benefitted Georgia (whose endonym is actually Sakartvelo) because Georgia acted as a trade go-between for Turks and Armenians for the last sixteen years. For products and people to reach Armenia from Turkey, they have had to transit Georgia. While Georgia itself was barely holding together much of this time with three separatist republics of its own to contend with, it acted as a sort of neutral transit corridor which helped keep the landlocked Armenian economy afloat. Armenia’s only other non-hostile border is that with a heavily sanctioned Iran. The Los Angeles-based Armenian diaspora help to keep their ethnic kin up and running while they maintained bullets battles with the Azeris and semantic and historical battles with the Turks over the events of the Great War and the dying days of the Ottoman (whose endonym is actually Osman-Ottoman is a corruption of the name Osman-the first Pasha) Empire. The ultimate geopolitical expression of this scenario was the construction of the Baku-Tbilisi-Ceyhan (BTC) oil pipeline connecting the Caspian off shore oil fields to the shores of the Mediterranean via Transcaucasia.

Both Armenia (and Iran for fairly obvious reasons) were out of the loop on the new post-Soviet energy economy. Much of Georgia’s importance for people like Senator John McCain was that Georgia was now crucial to US interests by accident of its geography. Georgia has nothing to offer in terms of resources itself particularly, but would grow to become a valued strategic client within Washington and the EU’s cooperate power structure. Mikhail Saakashvilli’s Rose Revolution with its promise of reforms and progress in a troubled democratic space was music to the West’s ears. But now as Ankara and Yerevan make a serious attempt to normalize relations, which would be a remarkable advent for peace in the region by itself, Georgia and Azerbaijan may be left out in the cold. Both nations stood by Turkey and the US, not to mention the BP-led oil consortium, and now the mood in the region may be shifting. Russia’s invasion of both sovereign Georgia and the movement of many more troops into Abkhazia and South Ossetia in August of 2008 has again altered the strategic calculus in this quintessential “Shatter Belt.” Turkey is caught somewhere in between the feigned solidarity of pan-Turkism and its ethnic-Caucasian domestic constituents.

Coming in from the Turkish border, I sat amongst  Armenians who were having to take this preposterously long, politicized bus route. I said to the girl seated next to meet as we creaked toward the Georgian capital in the wee hours of the morning that perhaps very soon this bus ride would not be such a long one not realizing that the two bitter neighbors were hours away from signing a deal in Zurich to normalize ties. If both parliaments in Turkey and Armenia ratify the new diplomatic protocols, Georgia may wake up to find itself suddenly strategically devalued by its Western sponsors making it all the more vulnerable to its northern neighbor.

← Georgia on My Mind
Hollywood Comes to Gori →