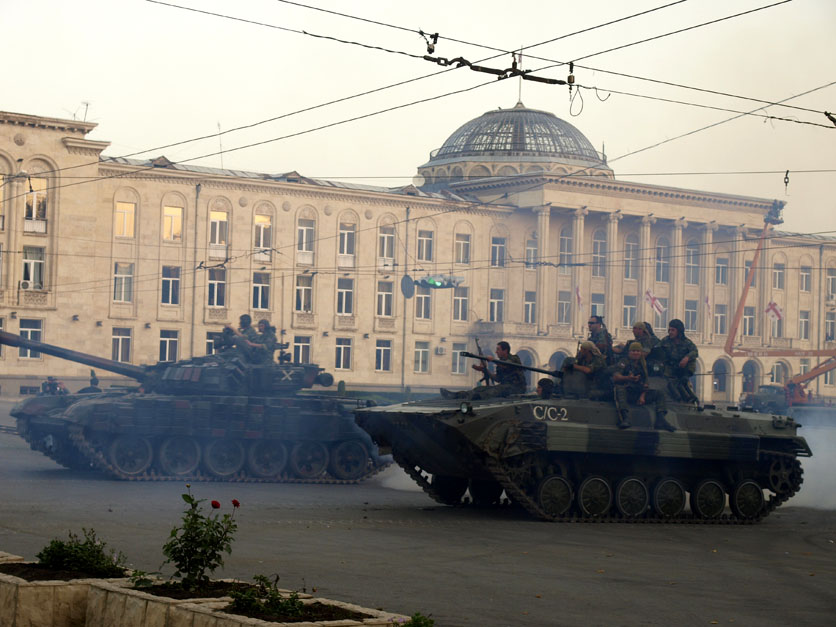 Actors (who may be actual Georgian soldiers playing Russian soldiers) rumble through Gori's town square atop very loud BRTs and tanks on the set of the new Renny Harlin film. ©2009 Derek Henry Flood 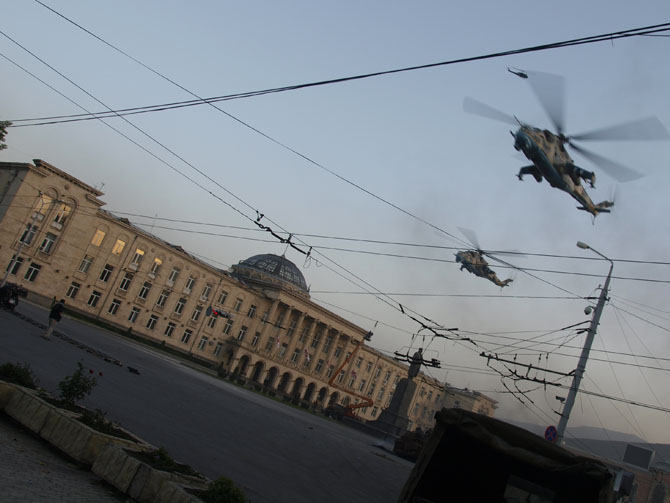 Gori, Georgia- I hopped in a marshrutka (giant, ubiquitous post-Soviet sphere minibus) today in Tbilisi to make the pilgrimage to the birthplace of the original “Man of Steel” Ioseb (Georgian (which is actually Kartuli in its endonym) Dzugashvili aka Joseph Stalin (“Stalin” means Steel in Russian). I’ve become a bit of a Stalin junkie over the past few years in studying the all too relevant partitions of Central Asia, particularly the Ferghana valley, and the Caucasus which took place in the early Soviet period under little known circumstances in Moscow. I thought I would simply go have have a look at Stalin’s little glorified shack in the center of the city and get on another marshrutka back to Tbilisi. But when I got dropped off, there was a scene of burning Russian-made Georgian armor in the town square. Finnish film director Renny Harlin (who like Stalin uses a stage name-Lauri Mauritz Harjola-not that I am comparing a Hollywood director to the biggest mass murderer in history this side of Mao in any other way) has come to Georgia in what appears to be a sort of artistic mea culpa/comeback effort. Harlin is filming on location here about an American journalist and his travails in the five-day guns of August war of 2008. Usually in Hollywood, when there is a war involving Americans, there is an understood time embargo where you cannot make a movie about a war unless it is either long over or Americans are mostly over it as was the case with many of the Viet Nam films I watched as a boy in the early 1980s. But this film involves neither American soldiers nor needs to wait. The location he employed in Gori today was an actual location from last summer’s conflict which you may recall from some photos that were published last August. Once the surreal excitement was over, I walked two blocks and stumbled onto what I read had been Stalin’s extremely modest birthplace. A brick and wood shack protected by flimsy padlocks stands as Gori’s centerpiece attraction. The shack is ensconced in a Soviet-tribute temple to preserve it for all to see. It’s a bit odd for the Western visitor to behold this enormous befuddling contradiction in terms. Here was a man who killed a hell of a lot of people, many his fellow Caucasians, who is still adored by many Russians, even though he was in no way Russian (but perhaps it can be said he was Russified) and sent many Russians to their deaths. Yet Gori, this small, otherwise insignificant city in the south Caucasus, doesn’t have much going for it other than one of the twentieth century’s greatest monsters was born there and now it is sort of a politically macabre tourist attraction. Then the Kremlin, who is promoting a renewed interest in Stalin’s legacy of late, invaded and temporarily occupied it last summer for about nine days. There are almost too many contrasts to digest here. 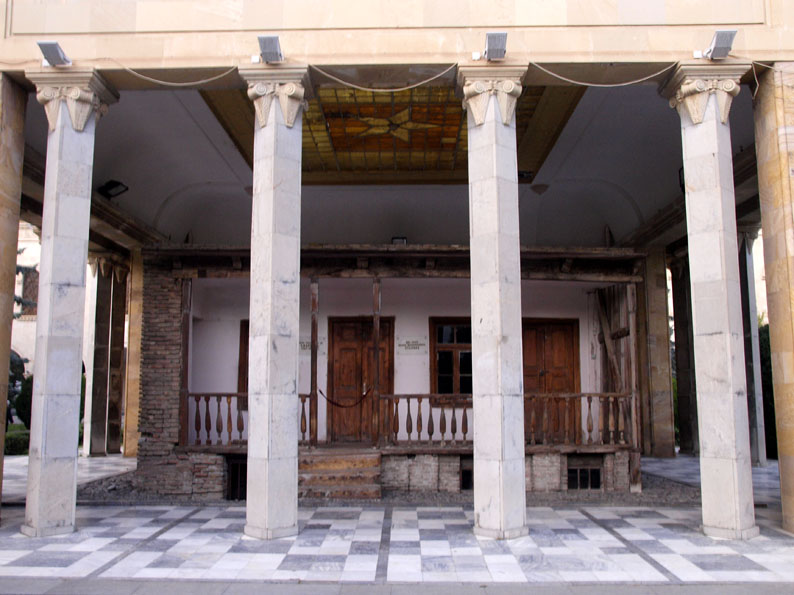 The "Temple" of Joseph Stalin in Gori. ©2009 Derek Henry Flood

I’m curious to see how the Harlin film will turn out after accidentally watching an afternoon of filming. The last film of his I can remember seeing was the comical Deep Blue Sea with a weeping LL Cool J softening up his image.

In other developments, I had a new piece on Kurdistan and the PJAK come out in today’s edition of Asia Times which can be read here.