Tbilisi, Georgia- I had a meeting here with the Deputy Counter Terrorism Chief from the Ministry of Internal Affairs relevant to some book research I’m doing here. My contact there showed me the cornered end of the hallway where the MIA maintains and odd but fascinating display of their accomplishments related to combatting terrorism. They even had the dud grenade that was thrown toward George Walker Bush on his visit to Tbilisi. 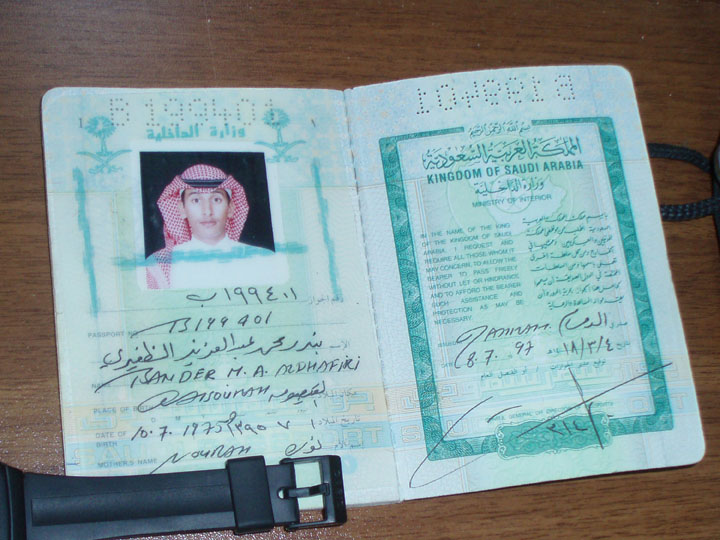 The passport of a long dead young Saudi shaheed who I'll assume died in vain in Chechnya as Russian cannon fodder. His Georgian visa was dated 1999 and perhaps he served in Khattab's Arab unit? ©2009 DHF 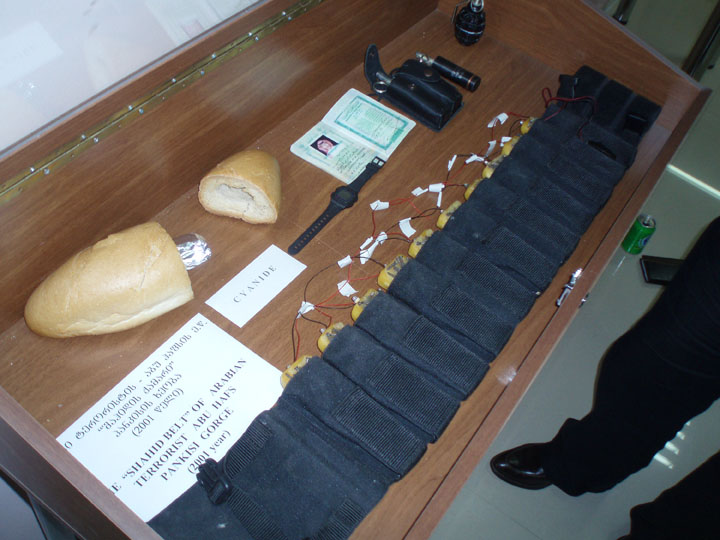 A nail laden suicide bomb belt on display for few to see. ©2009 DHF 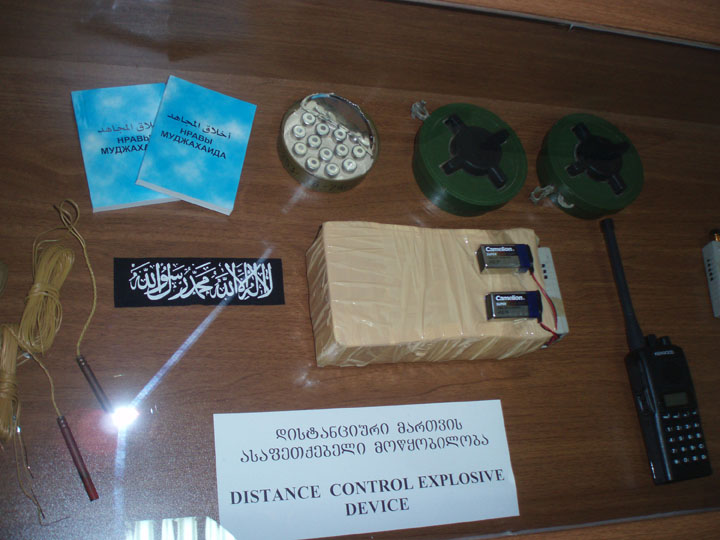 An assortment of goodies including jihadi literature in Cyrillic script, anti-personnel mines and an IED. ©2009 DHF 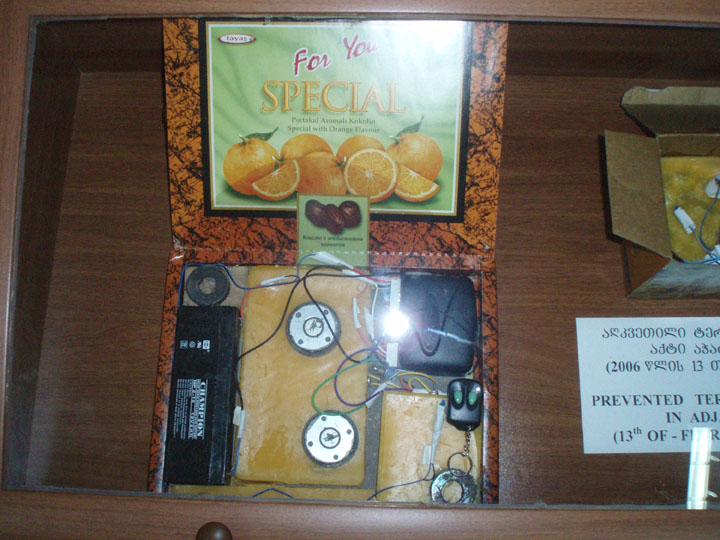 "Oranges anyone?" A homemade bomb sans detonator. Do not attempt to eat contents! ©2009 DHF 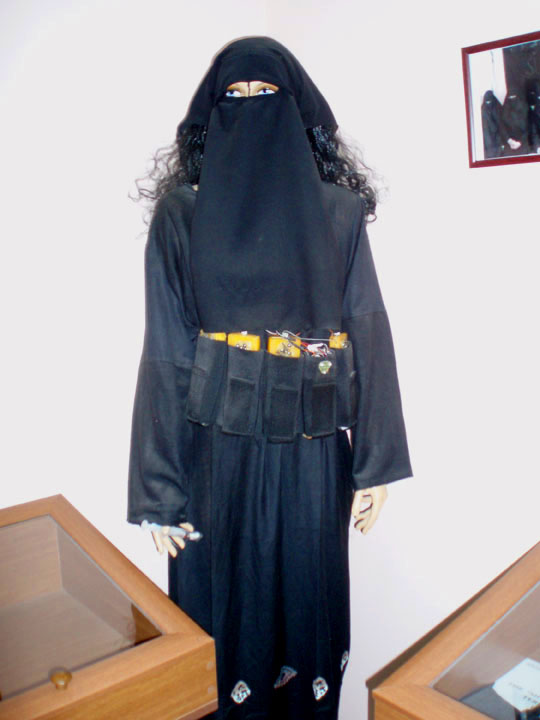 And last but not least, the Black Widow suicide bomber mannequin! ©2009 DHF