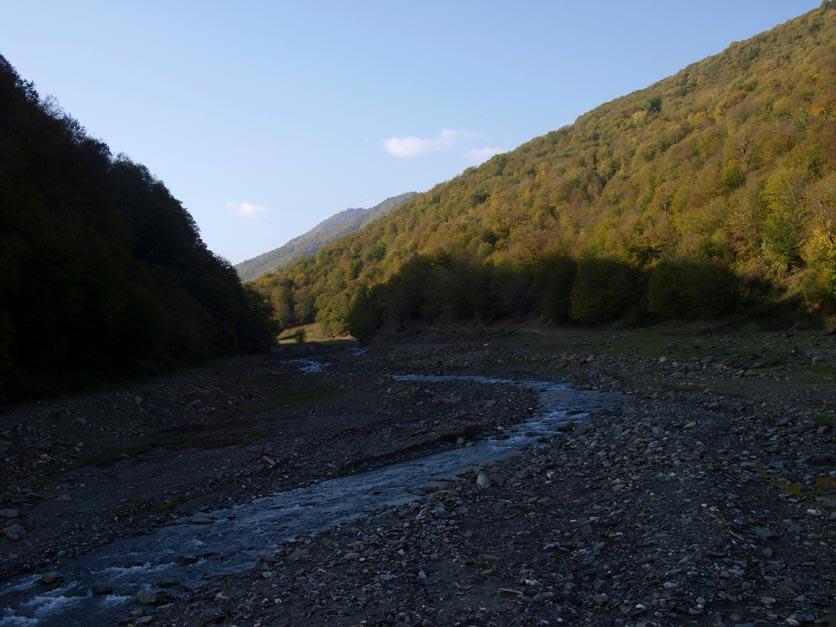 The Bastara River valley, a route once used by Chechen resistance fighters and foreign terrorists to travel from the Pankisi Gorge to to the battle zones of the North Caucasus. ©2009 Derek Henry Flood

Birkiani, Georgia- I returned to Georgia’s once infamous Pankisi Gorge yesterday after visiting the area seven years ago when it was hyped to be one of the most dangerous places in the world (which it sort of was). Revisiting the gorge to do fact checking for a book project was my impetus for this return trip to the Caucasus. A lot has changed since the flailing, quasi-failed state, late Shevarnadze period in 2002 when Pankisi was under the effective control of Chechen rebel commander/warlord Ruslan Gelayev (who was killed at a random checkpoint in Dagestan in early 2004).

Pankisi was once overrun by Chechen mujahideen and their Arab and Turkish epigones and was rumoured to have had the occasional spetznaz infiltration from north of the border. Pankisi was used a political football by both Moscow and Washington to advance their interests in a peripheral and weak Georgia. The BTC pipeline was more of an idea than reality at the time and the second Chechen war was still going very badly much to the consternation of Mr. Putin. Today the gorge exists as the quiet alluvial fan it once was before 1999 when Moscow came to Grozny in an attempt to demonstrate its will and refugees from Itum Kale and Shatoi poured over the mountainous border.

The refugee population has gone from somewhere in the range of 7-8000 at its height to just shy of 1000 today. The one prominent reminder of that era is the small, brick, supposedly Saudi-funded mosque in the center of Duisi. I found the house where I once stayed in the village of Birkiani which was a sort of mujahideen hostel at the time and found only a very senile, old Kist (ethnic Chechen, Georgian national) man who had no idea what I was talking about. I was taken to the region courtesy of Georgia’s Ministry of Internal Affairs in part to demonstrate once of Mikhail Saakashvilli’s early tactical successes in reintegrating this very fractured nation. 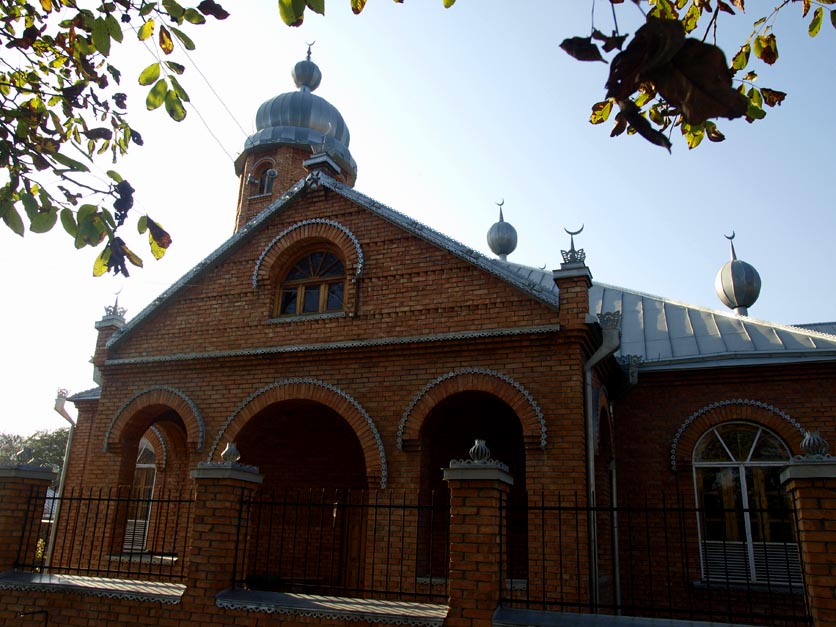 Out of place “Wahabbi” mosque in Duisi. ©2009 Derek Henry Flood 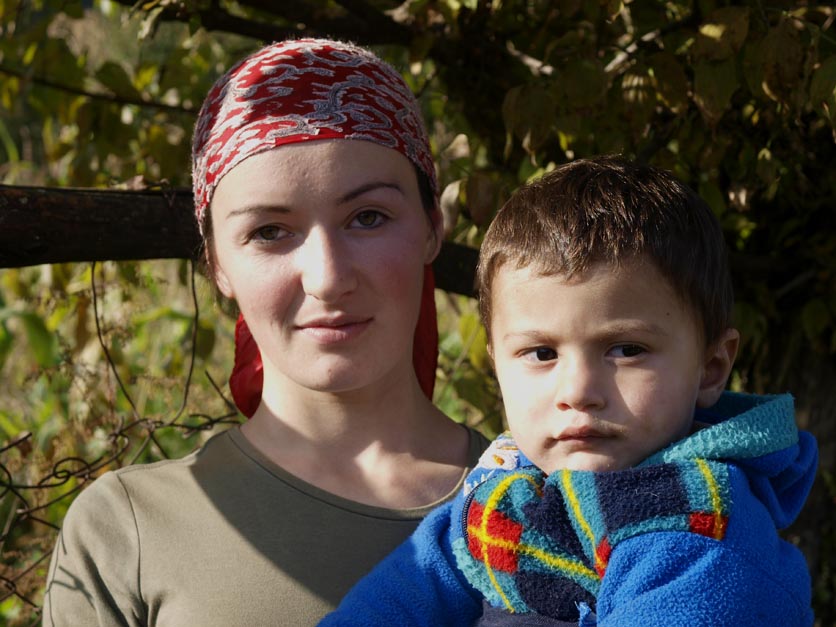