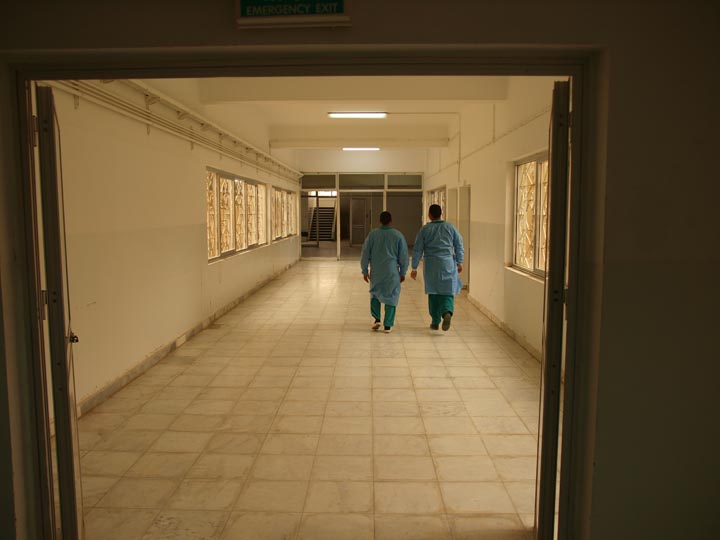 Two staff members walk down the halls of Ajdabiya's then empty hospital as the city braced for a Qaddafist assault on March 13, 2011. ©2011 Derek Henry Flood

New York- I’ve just read on Al Jazeera English that the staff of the hospital in Ajdabiya have decided to rename a square after fallen English journalist Tim Hetherington. When I read that he had died in Misurata, my first reaction was that I did not know he was in Libya in the first place. That was until I read a blog post by Jon Lee Anderson on the newyorker.com which jogged my memory somehow of my last day in Libya where I realized that I had seen and noted Hetherington…standing outside the emergency room in Ajdabiya alongside Tyler Hicks and Lynsey Addario (who would be taken hostage there the following afternoon). What a fateful image that now replays in my mind. 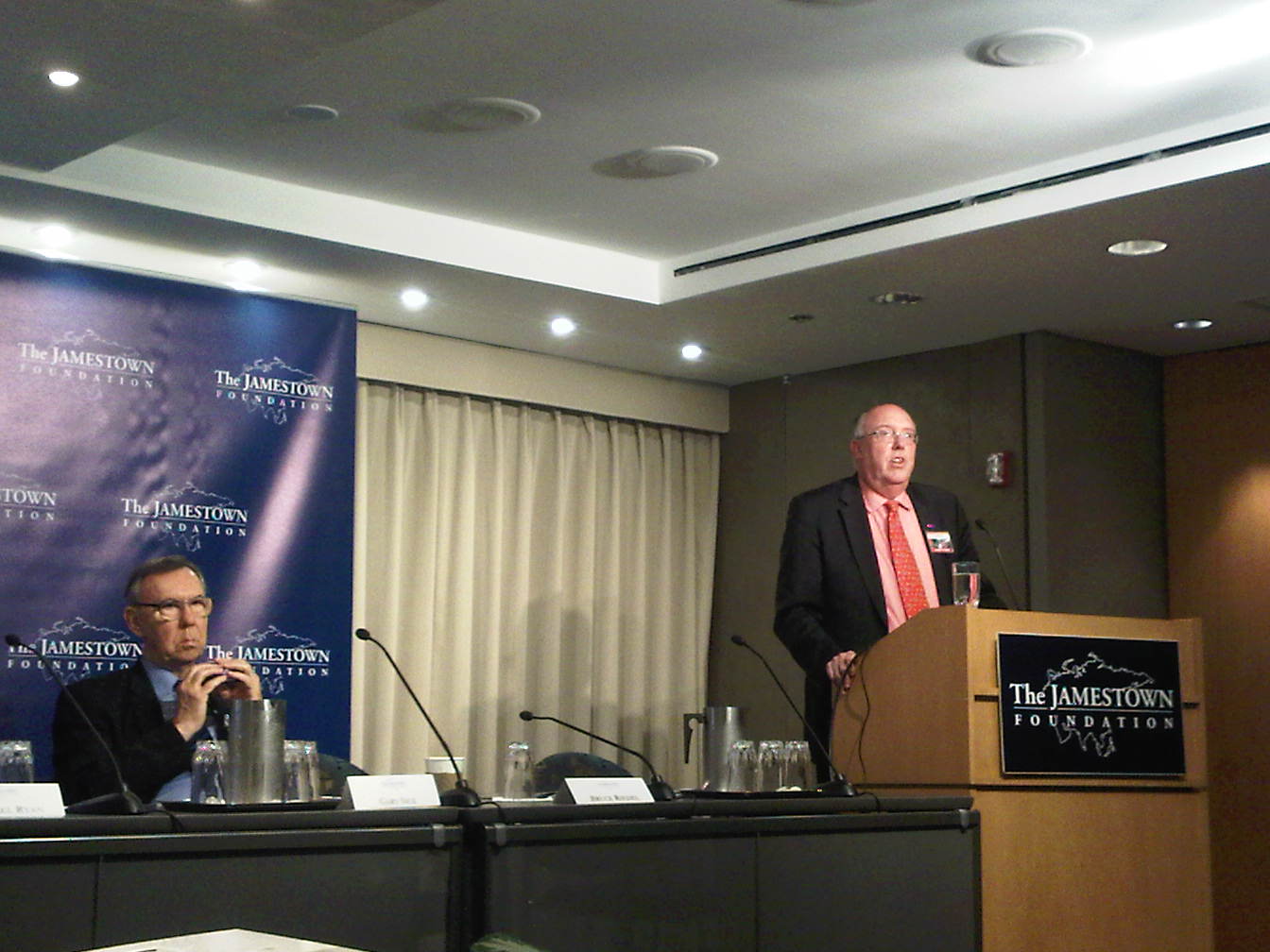 Ex-CIA veteran and Brookings fellow Bruce Riedel speaks on the future of the "Mukhabarat State" in the wake of the 2011 Arab spring. Columbia University's Gary Sick sits on the left. ©2011 Derek Henry Flood

In other much more comparatively staid developments, C-SPAN has posted videos from the Jamestown Foundation’s April 20 MENA conference at the Carnegie Endowment where I spoke on my experiences in the Libyan conflict.