New York- The fruits of my intellectual East African labors came to bear and my Jubaland article is out in this week’s edition of the Jamestown Foundation’s Terrorism Monitor. Though it may appear to be a concise, quiet analysis, a lot of shoe leather went into the production of this piece, not to mention a decent sunburn or two in the thin air of the Ethiopian capital. I must say, after having returned stateside two weeks ago now, I desperately miss my daily helpings of injera, the oddly (at first anyway) delectable Ethiopian national dish. A young Ethiopian-American kid I met in Lalibela told me how I would be in great shape after the combination of high altitude walking and zero fat, zero preservative food. Unfortunately, I am sure I am back to me old habits after multiple trips to some of my favorite DC and NYC eateries and drinkeries since I’ve been back.

Just cranked out yet another issue of Militant Leadership Monitor, should be another great issue. I will post a plug for that when we go live with it. I’ve also added two Wikileaks links along the right side of this page-that connecting to the Guantánamo files and that connecting to the Cablegate Cable Viewer. Take a look.

In other, more dire news, Syria still seems to be burning in it’s own self imposed Hades. Aside from sanctions and further isolation, the internationals are powerless to stop al-Assad from smashing the Syrian people as protests are now reported in all corners of the country-including Qamishle in the very vulnerable northeastern pocket of Syrian Kurdistan.

Latakia, Syria at dusk. Taken from the roof of my hotel en route to the Lebanon war which would change my life. ©2006 Derek Henry Flood 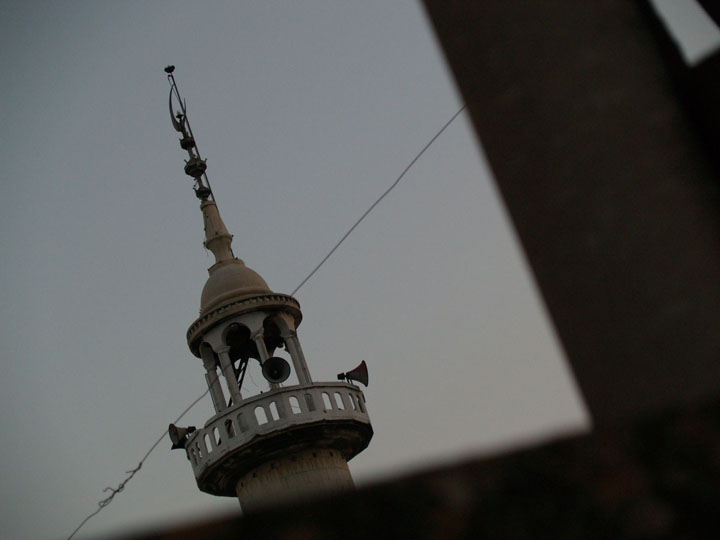 A minaret in Latakia, Syria bellows the azan at dusk. I wonder what it must be like to be in revolutionary Syria now that the fear barrier has been breached.©2006 Derek Henry Flood