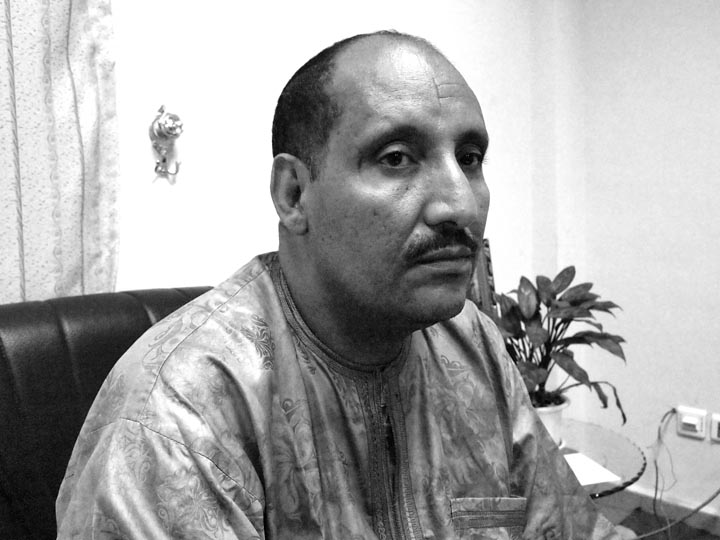 This is Zaidan ag Sidi Lamine. I interviewed him today at a ministry here for what will hopefully turn into my next project. Don't let the dour pose fool you, lovely gentleman. ©2012 Derek Henry Flood

Bamako- Got my first dispatch out from from here today and trying to work on a couple of other projects concomitantly. Had a great interview today with the man above in one of the buildings of the sprawling air conditioned ministry complex here in the Malian capital. Messr. Sidi Lamine gave me a good, long view of the Tuareg conflict that has rattled this country nearly since its inception after decolonization.  As a friend of mine said here regarding the potential reconquest of the northern regions by the Malian military should a peaceful solution be not plausibly feasible, “the war for the north of Mali has not even started.”

It may appear that Mali is in a state of quiet partition that can be negotiated through some kind of vaguely stated future settlement but that isn’t how many people I’ve been fortunate enough to talk to here view things. The man I interviewed above was incredibly well-versed in pan-African post-colonial political history. Such indigenous perspectives are absolutely critical.

In my own sort of simplistic view, the struggle for Tuareg identity and territory echoes the unrealized visions of both Pashtunistan and Baluchistan in South/Central Asia. Messr. Sidi Lamine-without prompting-made some analogies between his people and those in Pakistan/Afghanistan. For me one of the biggest questions is whether there will be the domestic and or internationalist political will to put Mali back together. This is the intellectual node where the perspective between more pessimistic locals who I’ve talked to thus far and how perhaps the struggling interim administrations sees things. Interesting stuff…