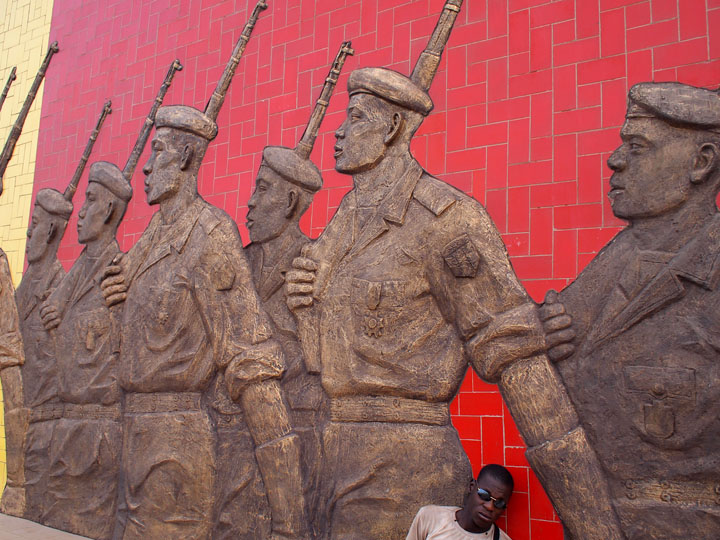 Mali’s deposed president Amadou Toumani Touré, well known for his close ties to Qaddafi, was apparently in bed with another one of the world’s late dictators, Kim Jong-il. I happened upon this in a new area of Bamako at the end of a lengthy Chinese-built bridge. There I found an area out of character with the rest of the city called Army Square with a cluster of monuments that looked more at home in Pyongyang than Mali’s capital. Upon doing just a little digging, sure enough, they were built by a North Korean front company called Baikho S.a.r.l. that was doing projects for ATT right up until the March 22 coup d’etat. ©2012 Derek Henry Flood

I have an article out today on CNN.com’s World page from my trip to Sévaré.

Barcelona- Wanted to post some more images from my two weeks in the broken, beautiful Malian republic. I’ve noticed that there seem to be two black-or-white schools of thought on Mali: it is painted as either not nearly as bad as some media reports and politicos have been suggesting or as Mahamedou Issoufou, president of neighboring Niger has recently stated “It [Mali] is not just a threat for the region, but the world.” The ‘West African Afghanistan’ meme has thus been circumambulating the web. There are a couple of problems with the writing and reporting situation on Mali.

One is that the majority of reports about this troubled state are written by those who are either not in the country at present, or as I suspect, certain think-tank types who have never been there in the first place, instead relying on a mix of regional state media sites and rebel statements via their own sites to inform them of what is going on there.

The other issue is that it seemed to me after going to the trouble and expense of actually going to Mali, the CNRDRE junta does not want journos in their midst whatsoever.  My first day in Bamako I went out cautiously with a very small camera to try and feel out the city. I approached what appeared to be a small pro-junta gathering on an open, public street in front of the National Assembly.

Before I could even raise my lens to take a single frame, a pair of plain clothes Sanogo guys promptly escorted me out of the area, telling me that one cannot simply begin shooting photos in Mali of anything remotely political in nature without first seeking permission. Doesn’t sound like the echo of a functioning democracy, does it? According to a good many Bamakois, not only is the north lost, but no one knows when the democratic process will return to Mali.

In sum, Mali is simply a difficult place to both write about and report from.

The FT’s Xan Rice did a nice little article about the weeping Mali billboards dotting Bamako’s roadsides. I featured one of them in my Christian Science Monitor piece which is linked two posts down from this one. Oh and you are interested here and hereare links (en Français)  about the North Korean firm that was (or is?) active in Mali under ATT. Wonder if Sanogo will maintain ties with Kim Jong-un?

In unrelated business I’m cited by UPI in their article “U.S. risks getting dragged into Yemen war” stemming from my Fahd al-Quso piece in Asia Times Online last month. 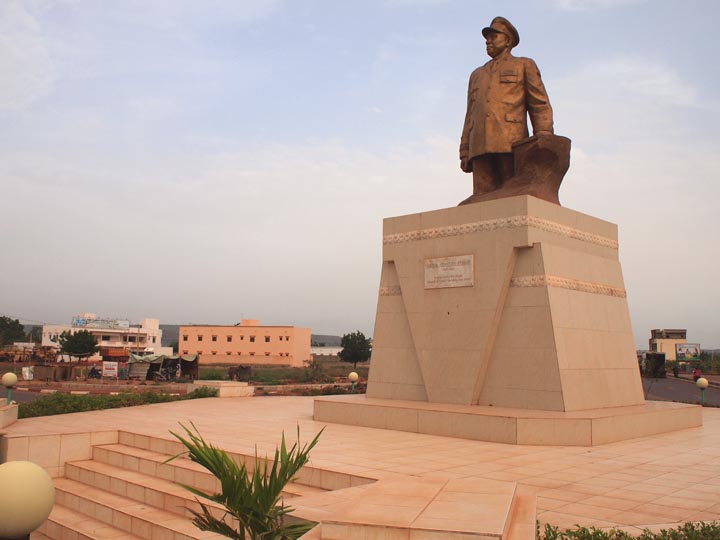 This is a bronze of General Abdoulaye Soumaré courtesy of Pyongyang. Soumaré was Mali’s first chief of army staff after independence from France in 1960. ©2012 Derek Henry Flood 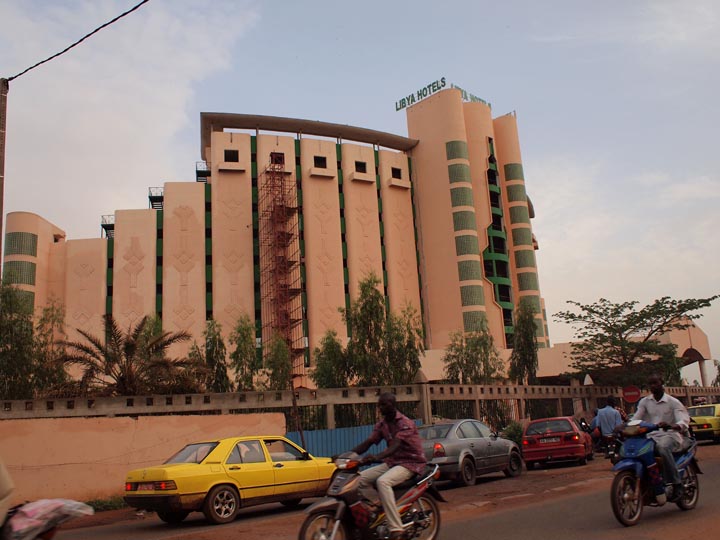 Hideous, unfinished LAICO (Libyan Arab Investment Corporation a.k.a. Qaddafi clan) hotel on the northern bank of the Niger River, Bamako. The hotel apparently was being built by a Chinese outfit but the project appeared to be stalled for quite some time. Not surprising considering Qaddafi met his maker outside Sirte last year and ATT is in exile. ©2012 Derek Henry Flood 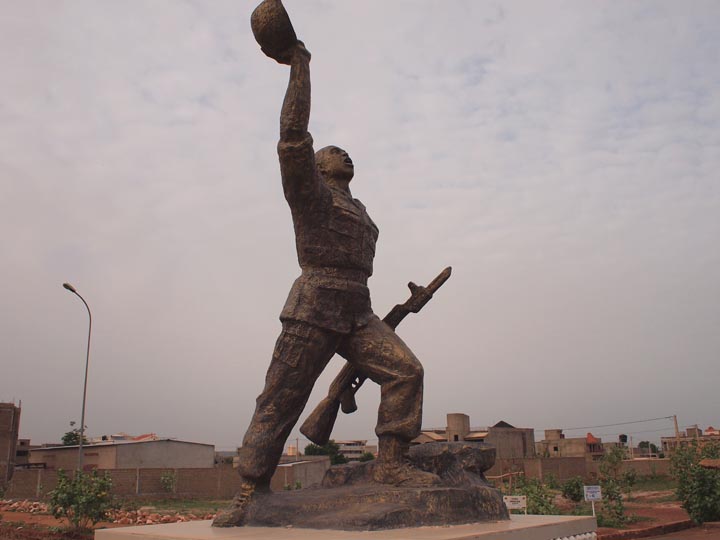 The Statue of the Victory. Not sure what victory it is referring to but it caught my eye because of the Kalashnikov. I never stop being fascinated by the concept of the Kalashnikov-once a symbol of a creeping Red Army-as an icon of Third World liberation. ©2012 Derek Henry Flood 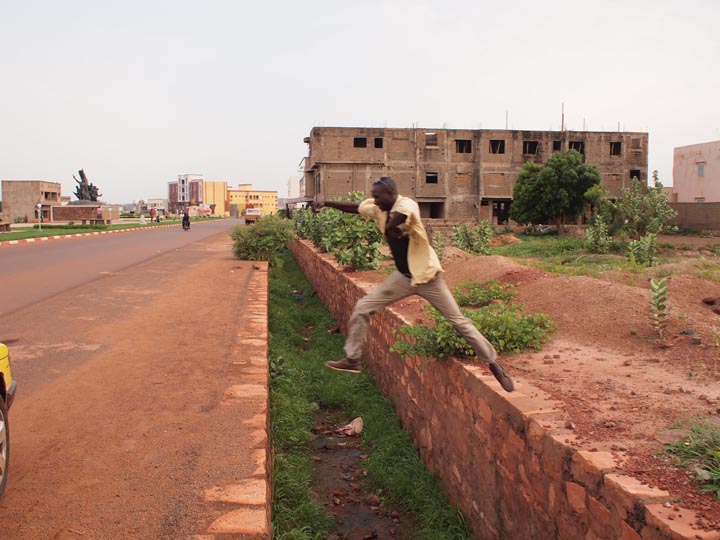 Everything that you take for granted in the West, even the smallest thing, is a challenge of some sort in Mali. Everyday when walking around the city I found myself leaping over these open sewers while taking the shortest routes from A to B. Here, my taxi driver jumps an especially big one after leaving the cab to relieve himself. The roadsides make convenient commodes. ©2012 Derek Henry Flood 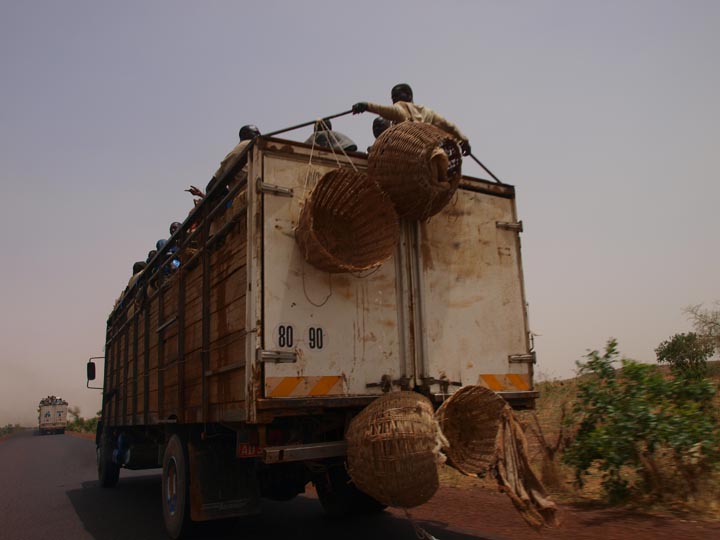 Trucks heading south after getting through the checkpoint outside Sévaré. ©2012 Derek Henry Flood

← From Sévaré With No Love
Niger’s President Issoufou-An Accidental Hawk? →