New York-Obama’s impending visit to Burma in the context of America’s “pivot” to Asia in this so-called “Pacific century” (in contrast to the previous Atlantic century epitomized by the formation of NATO etc) raises a lot of grave human rights concerns, many of which in the case of Burma have festered for decades. Obama will attempt to make America’s presence felt in Southeast Asia during the upcoming East Asia Summit in Phnom Penh. 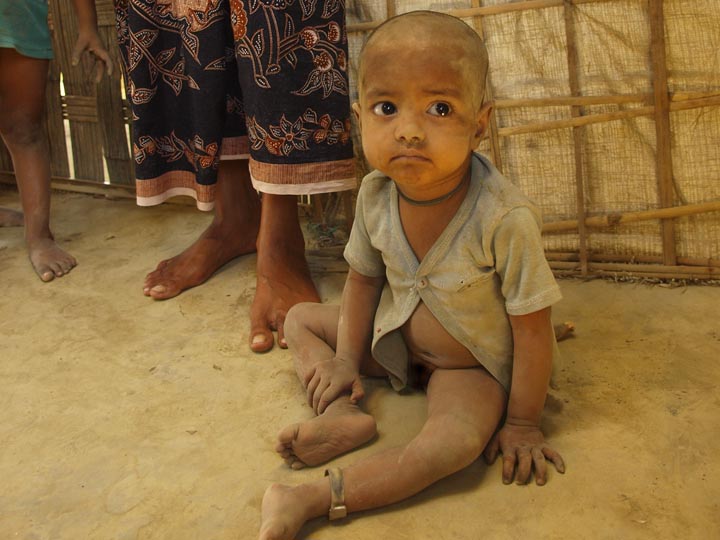 In 2008, I traveled to the border town of Teknaf on the border of Burma’s Rakhine State (aka Arakan State) to document the festering Rohingya crisis at the junction of South and Southeast Asia. My visits to the fetid refugee camps south of Teknaf, Bangladesh culminated in From South-to-South: Burma’s Stateless Minority Under the Tip of Globalization’s Spear and my visit to the Rohingya migrant community in Karachi, Pakistan’s squalid Korangi Town area resulted in From South to South: Refugees as Migrants: The Rohingya in Pakistan. 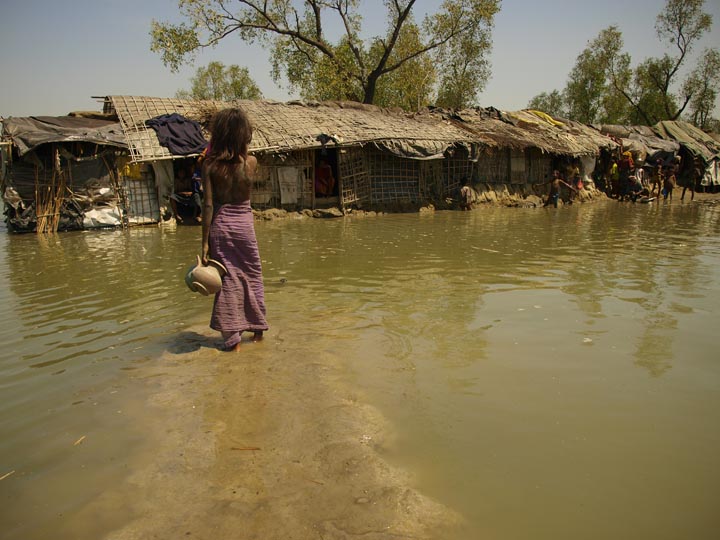 As the tide rose on the Naf River, the camp became a toxic mix of disease and human waste. Every day. ©2008 Derek Henry Flood

I was covering the Rohingya issue, which began in earnest with ethnic pogroms in 1991, before it became to relatively hotter topic than it is now in 2012. Trying to bring attention to the crisis either here at the UN headquarters or down in DC on Capitol Hill was essentially a fool’s errand. To think that POTUS would be visiting Burma at that time (or any other time in modern history) seemed absurd. 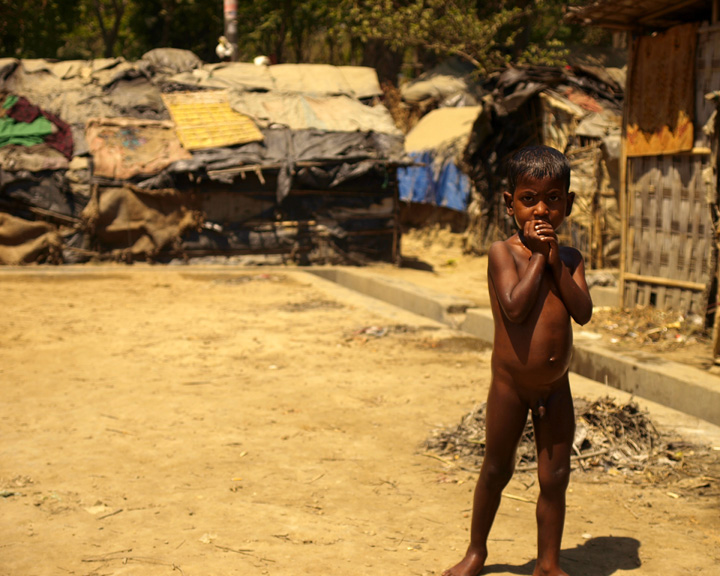 Hell on earth. I will never forget my treks around the Rohingya refugee camps in Bangladesh’s deep south. ©2008 Derek Henry Flood

Now everyone from CNN to the International Crisis Group is trying to catch up to speed and sound alarm bells on the world’s most persecuted, stateless people who are enduring a campaign of ethnic cleansing in part to make way for the development of offshore transnational natural gas projectson the Arakan coast. And the fact that international attention is being brought to these pogroms is a good thing, shame that it takes killings and displacements of thousands for it to come to the fore. 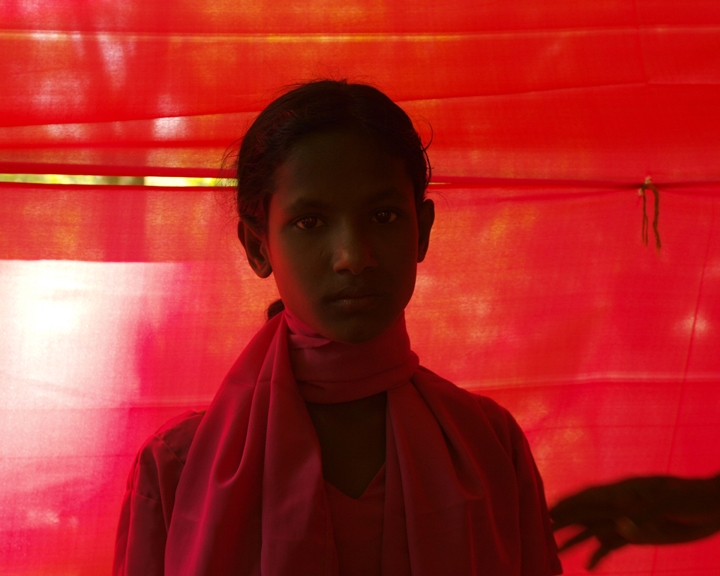 A key reason the Rohingya keep being killed and pushed out into the sea is that they are a stateless people. The insidious Burmese regime that tells the world it is gently democratizing continues to insist that these poor unwanted souls are ‘illegal migrants’ while the Sheikha Hasina administration in Dhaka cruelly maintains that the Rohingya are ‘economic migrants‘ that it cannot be responsible for aiding while its own citizenry go without. The Rohingya exist between the guns of the Tatmadaw (the Burmese military) and the Bangladesh Rifles (Border Guard Bangladesh). The Rohingya are hemmed in by a difficult geography with their only remaining option to try and reach refuge in Thailand by sea. Many of them then drown in unsound vessels and rough seas. 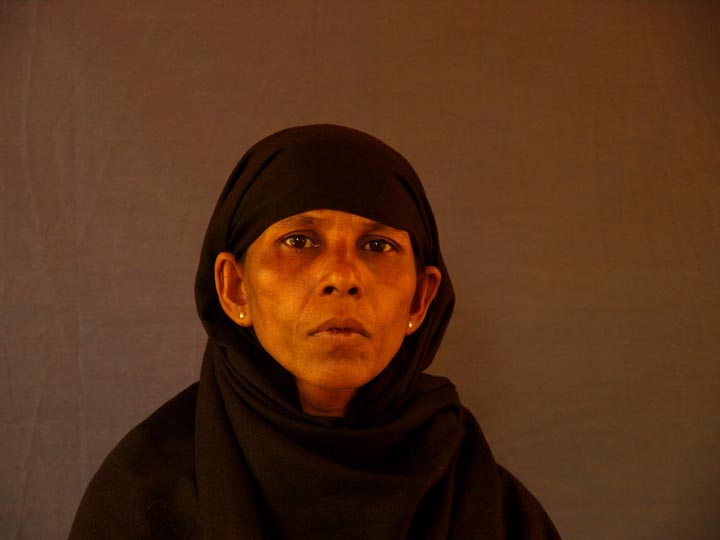 As China and India, and now the United States, compete for economic and political influence in Burma, there has been no indication that the persecution of the Rohingya will be tamped down. The array of ethnic questions burning on the country’s periphery have been alight since independence from Britain in 1948-less than six months after the dissolution/independence of British India-have not been quelled with the re-introduction of Burma onto the world stage. Just because superficial change such as the return of Coke and Pepsi have taken place in no way beens that the Tatmadaw will not continue their brutal policies of scorched earth pogroms and enslavement. They may end up being emboldened. 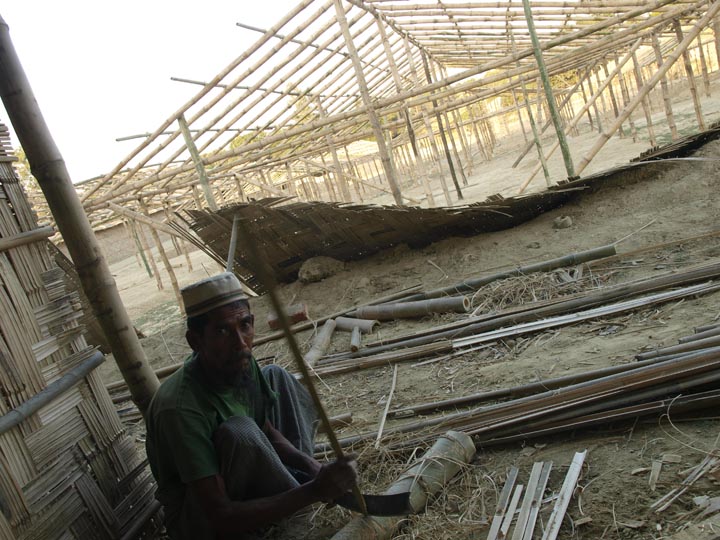 A refugee gets employment as a day laborer building…a new refugee camp. An endless cycle of statelessness. ©2008 Derek Henry Flood