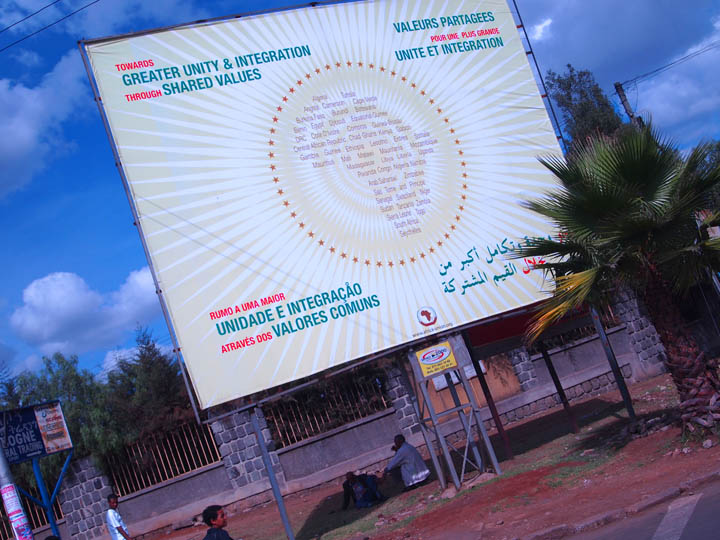 New York- While it’s memorial day here in the United States, this past Saturday it was the 50th anniversary of the African Union [formerly the Organization of African Unity until 2001]. I visited the AU/OAU’s original headquarters in 2011in Addis Ababa, Ethiopia after the hectic melée’s of Egypt, Libya and Bahrain when I needed a bit of a break.Upon reading of the AU’s 50th anniversary festivities, I thought a short photo essay was in order.

I initially ventured to the AU’s grounds from my hotel on Churchill Road to try and gather information on the possible creation of Jubaland astatelet  in southwestern Somalia as well as the doings of African Union Mission in Somalia (AMISOM) and the Dolo Odo refugee camp on the Somali border. But I quickly discovered that a Chinese government construction outfit was building a gleeming new AU conference hall and tower on the adjoining lot which captured my attention. 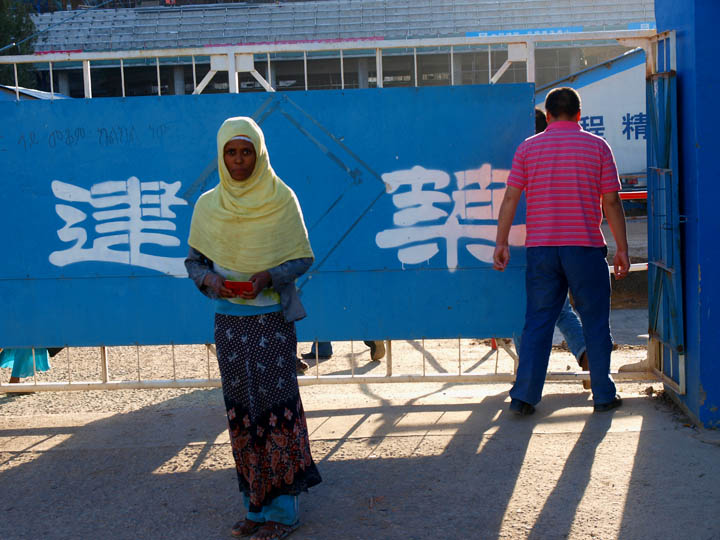 An Ogadeni woman exits the Chinese government’s construction of the new African Union complex on April 13, 2011. Just after I took this photo the Chinese man in the pink shirt ordered an Ethiopian security guard at the site to wrest my camera from me because he deemed it forbidden to take photos of the Chinese foremen and engineers. Fortunately for myself, the burly security man had no clue how to erase the flash card on my Olympus DSLR ©2011 Derek Henry Flood

As the China State COnstruction Engineering Corporation builds the new African Union conference center, goat herders push their flocks past. Despite the vast poverty surrounding the Chinese project, Ethiopia’s late Prime Minister Meles Zenawi stated: “China, its amazing reemergence and its commitments for a win-win partnership with Africa is one of the reasons for the beginning of the African renaissance.” ©2011 Derek Henry Flood 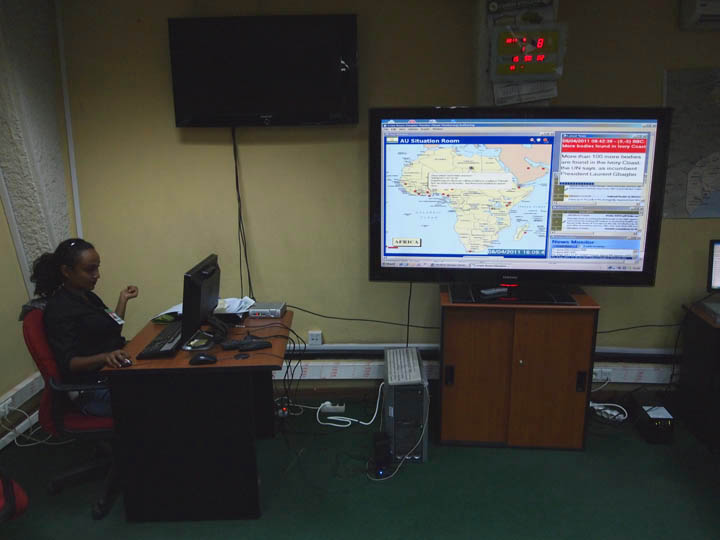 Despite being adjacent to war ravaged Somalia, the then coming partition of north and south SUdan, and and hermetic Eritrea-not to mention the rest of the conflicts spread across the continent, the AU’s Situation Room was a dim office of tranquility in the comparative safety of the Ethiopian capital. ©2011 Derek Henry Flood 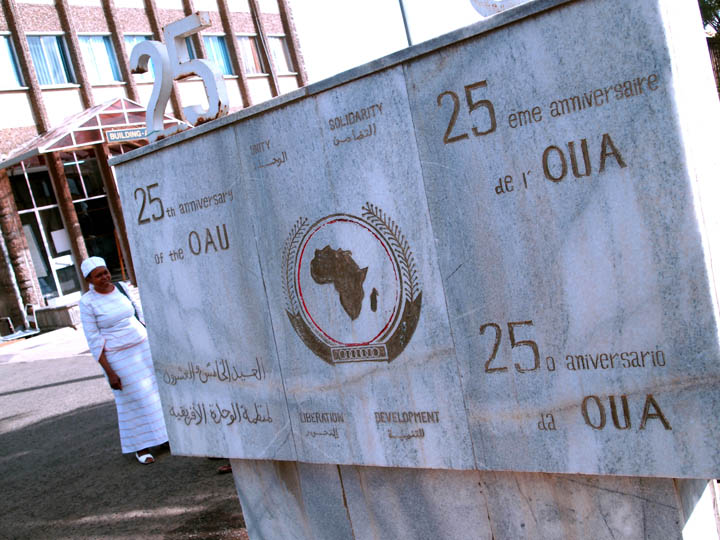 In the courtyard of the original AU headquarters before the Chinese project was completed in 2012 stands a monument for the 25th anniversary of the OAU as it was then called in 1988. ©2011 Derek Henry Flood 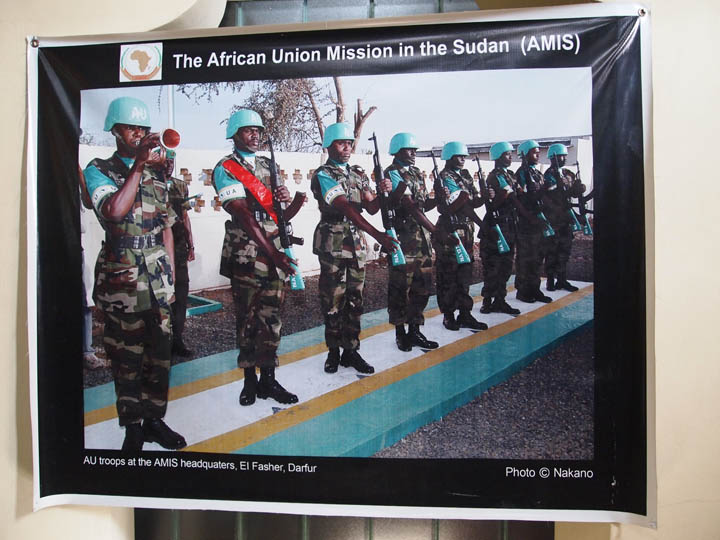 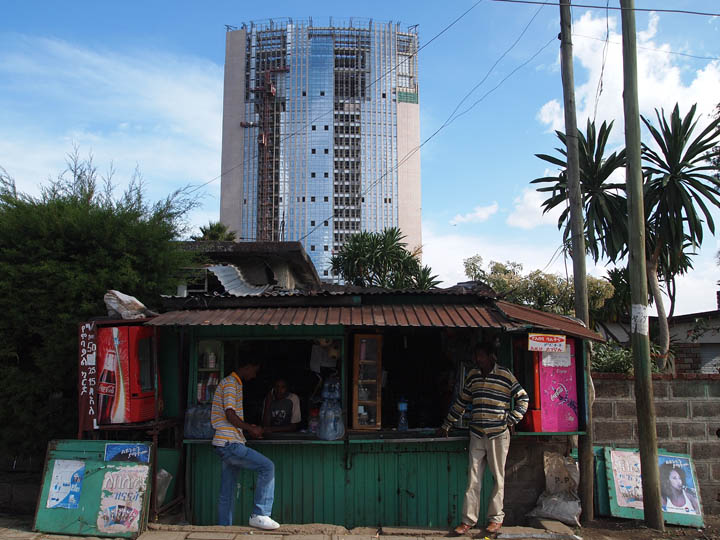