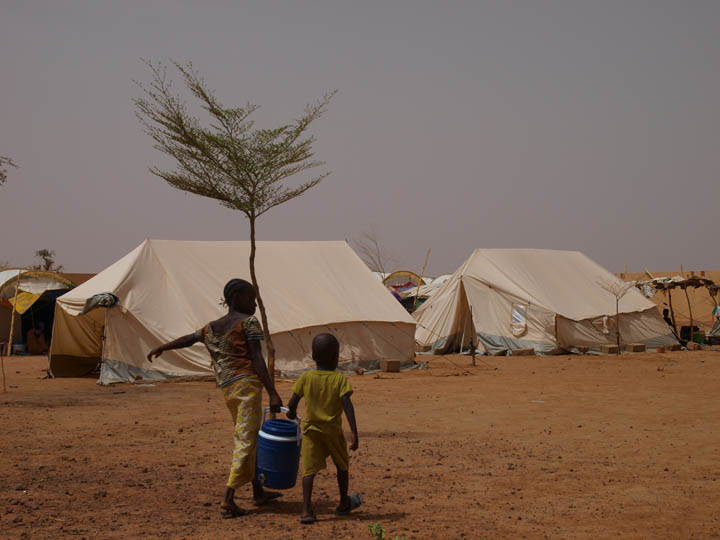 Children who fled the town of Gossi, Mali haul well drinking water back to their parents’ tent at a camp for internally displaced people in Sévaré on June 4, 2012. The elder men didn’t want me intrusively photographing in or around their tents and asked to me to keep a good distance while shooting a handful of photographs. ©2012 Derek Henry Flood

New York- I have an article out today on the French-led external military intervention in central and northern Mali which began in mid-January. I woke up this morning excited to have a new piece out only to see that there had been a double suicide bombing in neighboring Niger. MUJAO spokesman Abu Walid Sahraoui claims to have carried out simultaneous attacks in the distant towns of Arlit and Agadez.

UPDATE-Today Mokhtar Belmokhtar  released a statement that the attack was a joint operation by MUJAO and his Signatories in Blood katiba (unit) “in the name of [the late] Abdel Hamid Abou Zeid.” He then said that his salafi-jihadis had decided upon a “military withdrawal” in response to the French intervention. 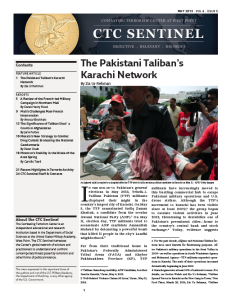 The attack on Nigerien troops and the French uranium mining consortium AREVA does not come remotely as a surprise for several reasons. As I noted in a post on this blog last spring, Nigerien President Mahamadou Issoufou was coming out as particularly vocal among regional heads of state in West Africa–obviously concerned that the instability in northern Mali would likely affect a vulnerable Niger that has already been saddled with its own internal challenges for many years.

Like Mali, Niger has faced its own bouts of Tuareg rebellion-most recently with le Mouvement des Nigériens pour la justice-MNJ led by former Qaddafi ally Aghaly ag Alambo. Ag Alambo was arrested in Niamey in March 2012 over a June 2011 Libyan arms explosives episode he was accused of being involved in as Qaddaffi’s regime crumbled in Tripoli and war materiel began flowing in much larger quantities throughout the wider Sahara.

Though certain conspiratorial-minded critics have speculated that France’s intervention in Mali was motivated by crass economic interests in that country (often with scant data on the true value of untapped resources in Mali’s north), in terms of French industry at home, Niger is far more important.

China likely has a larger economic stake in Mali than does France if not in aid than purely large scale in infrastructure projects.Beijing may even put PLA boots on the ground in the name of UN peacekeeping as it presently  has in Sudan’s Darfur region.

France does have genuine interest in Niger’s uranium resources and which local communities of Tuareg, Toubou, Arabs and Fulani feel they should be genuinely benefitting from economically. There is deep resentment among Niger’s ethnic minorities in the country’s north over economic grievances and environmental degradation  related to French doings in their bomeland as well as a startling lack of development in the Agadez Region and its Arlit Department.

And like Mali, Niger has been suffering from a persistent food crisis in recent years but to a much more severe degree than Mali to the west whose whole “Azawad” region has been deemed a humanitarian emergency by a host of NGOs. Not to mention that Nigerien citizens crossed the border into Mali to take part in MUJAO’s foothold in Gao Region. One of the lower tier MUJAO commanders in Gao Ville was reportedly a Nigerien national.

Secondly there were the reported developments of the U.S. setting up a drone facility in Niger that was very much welcome by Issoufou and word that French Special Forces were coming into their spartan former colony to protect the uranium extraction operations that would both make poorly defended targets while stoking jihadi ire. The Arlit AREVA mine is estimated to provide 40% of metropolitan France’s nuclear energy which is 80% of the power consumed in France.

On top of all that Nigerien troops are stationed in Mali as part of the AFISMA intervention force in towns like Ansongo and Menaka. Then there is the fact that French and Chadian troops have pushed the jihadis out of their camps in Kidal Region in the Ametetai and Terz valleys and in the overall Adrar des Ifoghas area (although the Elysée does not want independent observers up there on the ground apparently-and hasn’t allowed an journalist embeds with non-French passport holders as far as I know). So the surviving men of MUJAO and AQIM who were not killed in French airs strikes will have to have gone somewhere, non?

Lastly on this though, AQIM has breached the Nigerien capital of Niamey in the past with a bold kidnapping of two Frenchmen in January 2011 which ended with the hostages being killed rather than ransomed. In the wake of a disastrous rescue attempt by French Special Forces, it seemed as if the kind of trouble we see in that country on this day was well on the horizon.

French troops may have merely been the catalyst for such salafi-jihadi expansion rather than the sole driver of today’s tragedy that killed 26.

A ubiquitous Sotrama (shared minibus) makes its way toward Mopti in central Mali after Mali’s north had been captured by Tuareg separatists and Salafi Islamist fighters. The Mopti area was at the time the front line of government controlled Mali. Civilians were allowed to travel back and forth between the massive partition but as a journalist I could go no further north at the time. ©2012 Derek Henry Flood