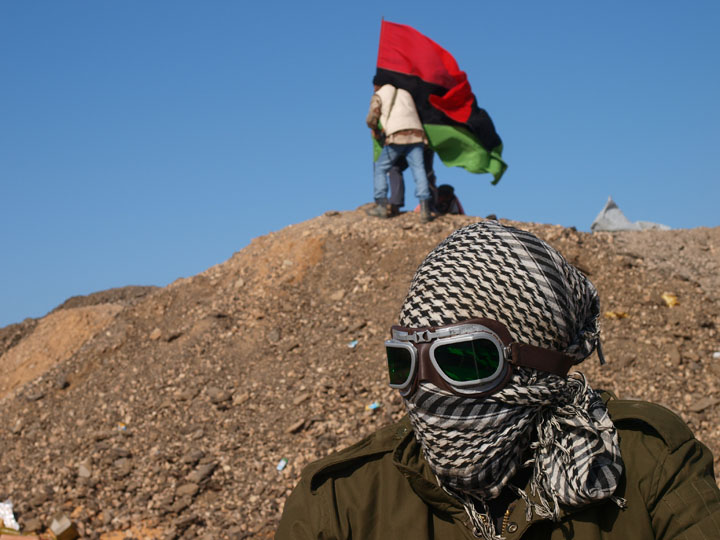 New York- With Khalifa Haftar suddenly very relevant again after his initially notable reappearance in Libya in March 2011,  Libya’s littoral is once against thrust into turmoil in both Cyrenaica and Tripolitania. Haftar is leading a fight against Ansar al-Sharia and Derna-based salafis in the east and has forces loyal to him attack the General National Congress complex in the west. Whether he can indeed overthrow the enfeebled elected government in Tripoli remains to be seen but thus far his efforts appear to be destabilizing what is already a highly fissiparous state structure with its revolving door of prime ministers. For Haftar’s staunchly anti-Ikhwan stance, the BBC is even referring to him in a loose analogy as “Libya’s Sisi” I profiled Haftar in 2011 which was picked up by Reuters at the time.

This week I am quoted by McClatchy D.C. in an article on Haftar’s newly relevant role in the Libya militia polity as well as Yahoo! Noticias España. My work was also obliquely referenced on the Middle East Institute Editor’s blog last week.

NATO helping to tip over a tin pot dictatorship during Operation Unified Protector and its U.S. precursor Operation Odyssey Dawn was one thing, but state building in Libya in that aftermath of all that is quite another. Simply put, it has not happened in any meaningful way.

From the Tuareg-cum-salafi revolt in northern Mali that began only months after Libya-based Tuareg fighters exited their evaporating sanctuary and returned home via Niger to the Toubou clashes in the Fezzan in the spring of 2012, the ripple effects of the downfall of North Africa’s most caricatured dictator have been felt across the region ever since.

Perhaps Haftar sees himself as a future Libyan military strongman in the fashion of an Egyptian-style military leader. As an old school CIA asset with Nasserist origins, it remains unclear whether he can oust those administering nascent post-Qaddafi state with whom he violently disagrees or defeat the salafi-jihadi militias flying the black flags in troubled Cyrenaica.

It should be remembered that Haftar was gone from Libya for decades before returning there when opportunity struck in 2011. What he does have doing for him is access to heavy weapons–including aircraft–to smite his opponents coupled with the element of surprise. 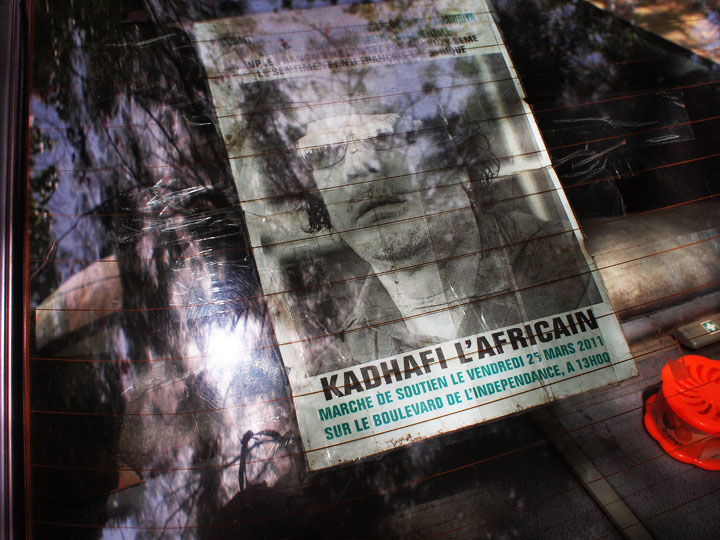 Not everyone was thrilled by the downfall of Qaddafi. On May 28, 2012, I noticed this poster in the rear windscreen of a taxi for 2011 demonstration in Bamako, Mali in support of the late Libya leader. ©2012 Derek Henry Flood

← Threat Level: Elevated
Diplomats and Hors d’Oeuvres on the River →