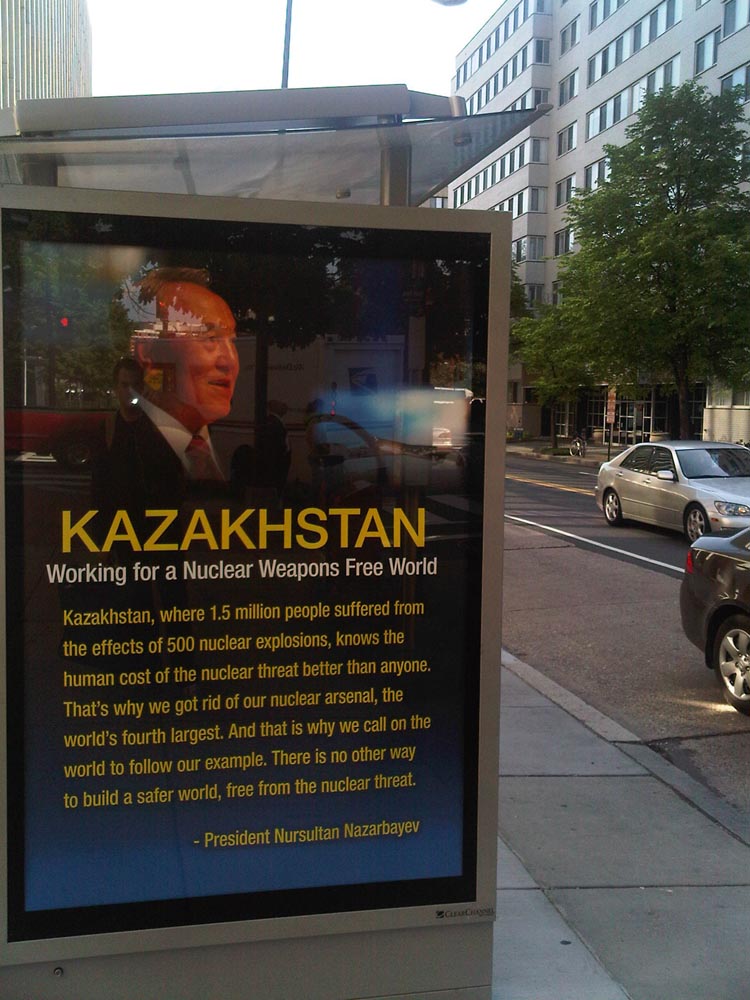 Only in Washington would a Central Asian autocrat no Americans have ever heard of commission a bus stop ad campaign. While New Yorkers are bracing for an onslaught of dreck for Sex and the City 2, Washingtonians are treated to information (with no context) about the Soviet nuclear testing near Semipalatinsk when Kazakhstan was the communist Nevada minus the casinos. ©2010 Derek Henry Flood

Washington D.C.- We had a very interesting conference on Yemen last week at the Carnegie Endowment for International Peace on think-tank row. I headed down from New York to meet some of my new colleagues from Militant Leadership Monitor and to help out with the event. After our Jamestown event concluded, I rushed over to Tenleytown to the campus of American University to attend the tail end of Jen Marlowe’s Rebuilding Hope screening and a night out at a vaguely themed Afro-Middle Eastern bar called Soussi in Adams Morgan. Just another 18 hour day in D.C.. Good thing I don’t live down there!

← End of a Peshawari Mystery?
New Book-The Battle for Yemen →