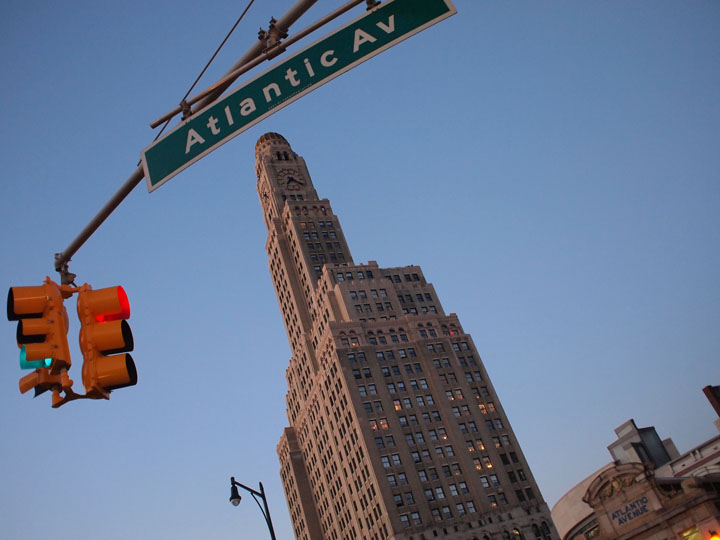 The Williamsburgh Savings Bank Tower anchors the southeastern end of what is left of Brooklyn’s historic Atlantic Avenue Arab strip. Rapid gentrification of the neighborhood in the last decade has transformed the area from a lively ethnic enclave into bland real estate developments. ©2012 Derek Henry Flood

New York- Yesterday for the 11th anniversary of 9/11 I decided to do something a bit off the beaten path. Though New York City was the site of the attacks, no other part of the ‘planes operation’ timeline is known (to my knowledge) to have occurred in the city’s five boroughs. The closest thing would be when several of the hijackers led by Hani Hanjour moved into an apartment in Paterson and rented mailboxes at Mail Boxes Etc. in Fort Lee and Wayne, New Jersey nearby. 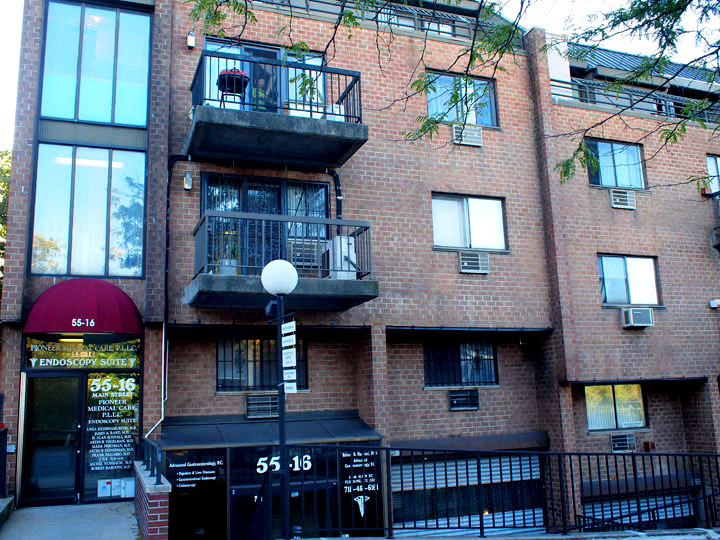 A Chinese man peers warily at my camera from the third floor office which once served as the Afghan Taliban’s makeshift UN mission. Before 9/11 I drove out to this place to try and get an Afghan tourist visa in person but the guys were never there. ©2012 Derek Henry Flood

There are however a few tangential, yet important locales that fit into the larger picture. One quietly resides in a nondescript brown brick medical office complex at 55-16 Main Street in Flushing, Queens. This had been the site of the Islamic Emirate of Afghanistan’s ‘Mission’ to the UN (not a terribly convenient location for access to Turtle Bay?). I visited this dull building a couple of times in August of 2001 while trying to acquire a visa for Taliban-controlled Afghanistan. The State Department ordered the two rather sullen ‘diplomats’ to close the office on February 13, 2001. But when I knocked on their door that summer there was still a sign on the front of the office door in English, Pashto, and Dari that listed it as their mission. And the phone still worked as either Abdul Hakeem Mujahid or Noorullah Zadran (most likely Zadran) would occasionally and very skeptically listen to my queries. I thought about titling this post a Salafi-jihadi tour of New York but of course the Taliban were hardcore Deobandis influenced more by radical Islam in British India than modern Saudi Arabia. 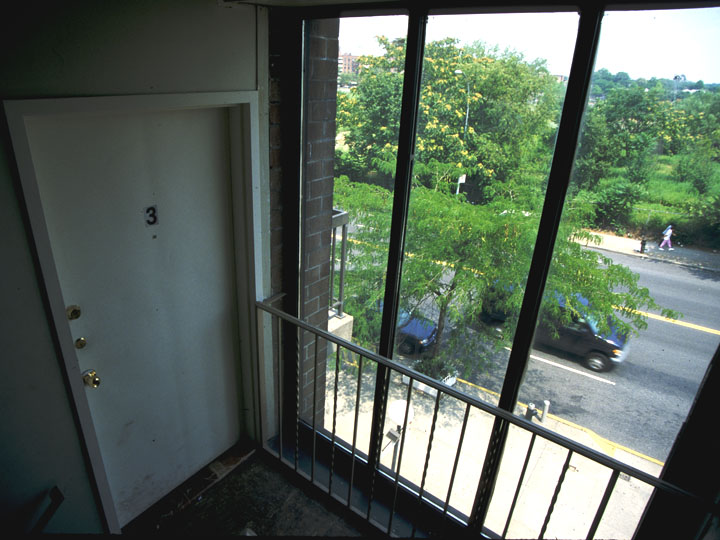 From Flushing I made the long subway trek to downtown Brooklyn in the footsteps of the now long dead Sheikh Abdullah Yusuf Azzam. Azzam was bin Laden before bin Laden was. The original transnational jihadi ideologue, Azzam was born near Jenin, British Mandate Palestine in 1941. He fled to Jordan after the 1967 war when the Israelis began to militarily occupy his homeland. During his radicalization, Azzam was an early adapter to the Salafi interpretation of Islam and preached accordingly. According to New Yorker writer George Packer, the building pictured below was the location of Azzam’s Afghan Services Bureau which was used to recruit volunteers to fight in Afghanistan during the anti-Soviet jihad as well as funnel funds there. 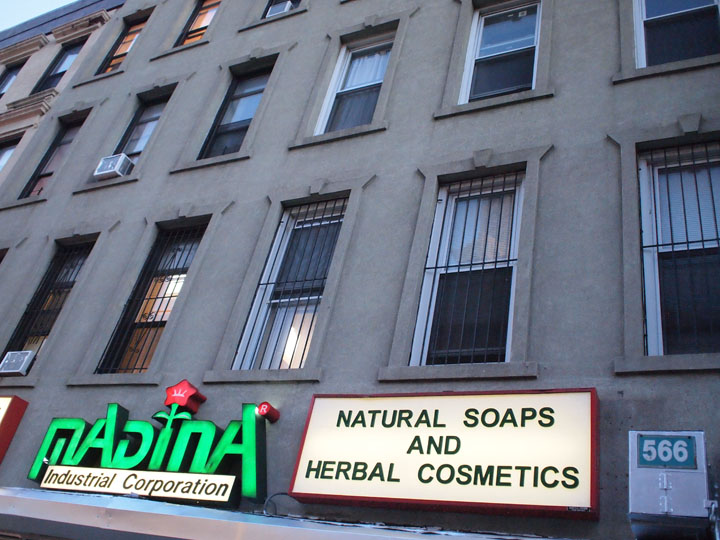 The former site of 1980’s era Brooklyn mujahideen front Maktab al-Khidamat (Afghan Services Bureau) at 566 Atlantic Avenue. The front door was plastered with building and construction code violations from the City of New York and nothing appeared to be doing there. ©2012 Derek Henry Flood

Next door to the perfume factory is the infamous al-Farooq mosque  (and former al-Kifah Refugee Center) at 552 Atlantic Avenue. It was here that, according to French scholar Giles Kepel, Azzam had kindly requested sympathizers to the jihad to send their donation checks made out simply to “Service Bureau.” Azzam had opened a checking account several blocks northwest of the office and mosque complex at the Independence Savings Bank on the corner of Court Street and Atlantic Avenue (which is now a Trader Joes supermarketin line with the area’s intense gentrification). 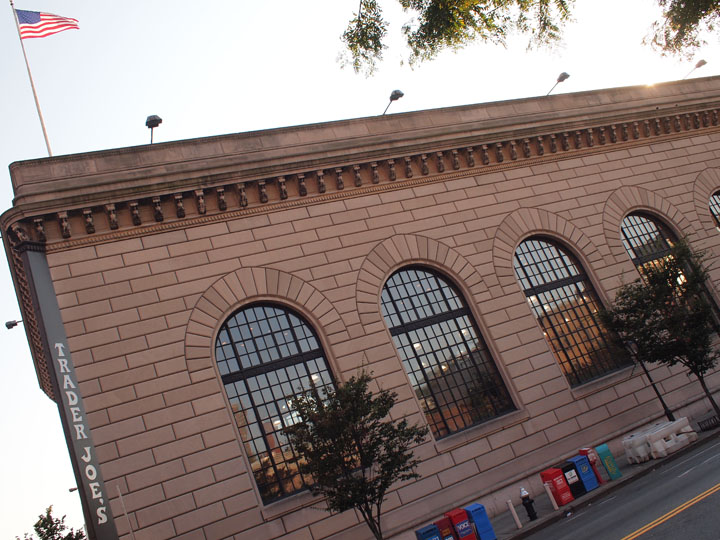 A 1995 New Yorker article describes how the CIA-linked Azzam as well as the currently imprisoned Omar Abdel Rahman preached at al-Farooq and a rustic masjid in Jersey City called al-Salam. Azzam is most often referenced as Osama bin Laden’s ‘mentor.’ After the conclusion of the Afghan jihad, Azzam and his sons were killed in a bombing in November 1989 while en route to salat al-juma (Friday prayers) at the “Mosque of the Martyrs” in Peshawar’s University Town district. The reasons for Azzam’s killing have never quite revealed themselves. Some believe it was factional infighting amongst the Arab jihadis in Peshawar who were adrift after the Red Army had withdrawn from Afghanistan earlier that year. It has even been speculated that bin Laden himself ordered his henchmen to carry out the bombing.

Whether Azzam is as relevant today to those in the sway of Salafi rhetoric I can’t be sure but it is very likely that Mohammed Atta and other old school AQ core operatives were very much influenced by the writings and speeches of a man with cause who once dined in Brooklyn’s halal eateries and opened a checking account with great ease in an open society.

On a side note, it was on this street that in the fall of 2000 I purchased a shalwar kammez–Pakistan’s national dress–at an Arab store (ie not a Pakistani one) to work on my senior thesis in…Peshawar. 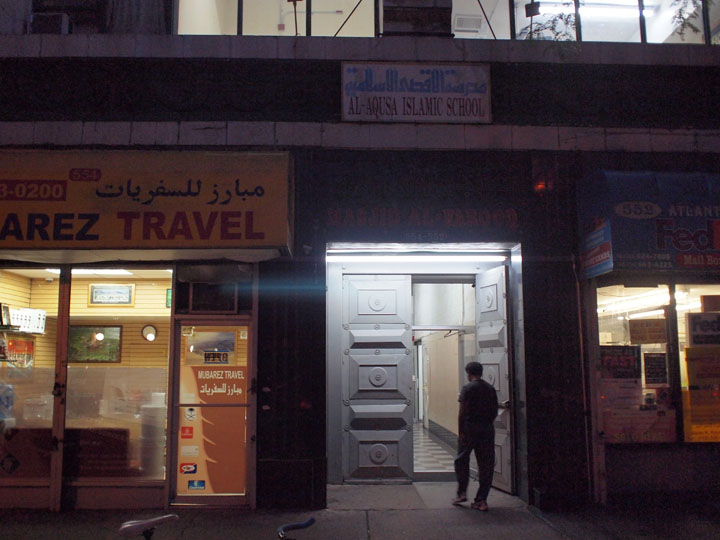 The entrance to the al-Farooq mosque in Brooklyn’s Boerum Hill neighborhood just after dusk. A muezzin made the azan (call) for salat al-maghrib (evening prayers) on loud speakers that echoed over the cacophonous traffic. I’d never heard the azan in the United States before. ©2012 Derek Henry Flood 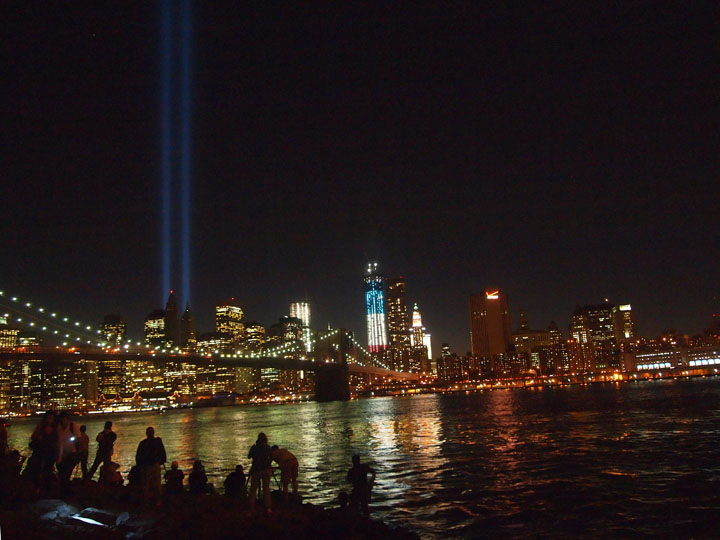