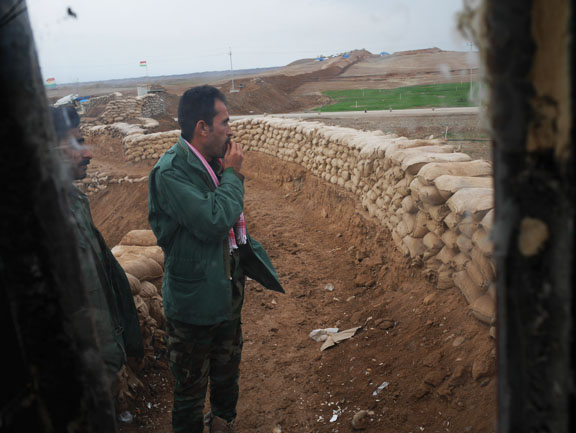 Commander Khosrat of the KDP faction of the Peshmerga in the agrarian area of Kandenawa, within the so-called ‘Disputed Territories’, watches the road warily with Hashd al-Shaabi paramilitaries not all that far away. ©2018 Derek Henry Flood

Kirkuk-I have a new piece out with Jane’s Intelligence Review (subscription required) in the UK on my latest findings in troubled Kirkuk governorate and the Disputed Territories. Following the now notorious events of 16 October last year in which the PUK Peshmerga and Asayish made a highly controversial retreat from the oil rich city and eponymous governorate of Kirkuk thereby ceding power to the Iraqi central government and its plethora of Iranian-sponsored Hashd al-Shaabi paramilitary forces. 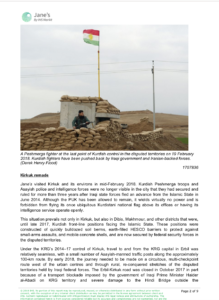 In what’s come to be known in Erbil and throughout the KRG as the ’16 October crisis,’ Iraq’s Kurdish political elites took an immense gamble in holding the disastrous 25 September independence referendum with lots of hyperbole but not concrete plan or even an outline to secede from republican Iraq. As Kurdish security forces took advantage of the security vacuum when ISF abandoned Kirkuk during an IS advance in 2014, the al-Abadi government took advantage if intra-KRG and even intra-PUK bickering–with the help of Qods Force commander Qassem Soleimani–to take Kirkuk back from Kurdish control in a big win for central authority and a huge loss of the Kurds ‘Jerusalem.’

Having last been to the city when it was under PUK-dominated KRG control, the contrast was stark in returning in February. As soon as I got to the city centre and began shooting photos, I was immediately questioned by Federal Police and asked to delete my photos. That certainly wasn’t the case when I was walking around freely last August.

Baghdad has visibly put Iraq’s Kurds on notice that the game has changed. The lucrative oil fields are now back under the control of ISF and Hashd units and hydrocarbons may now be heading for Iran rather than Turkey’s Mediterranean coast. 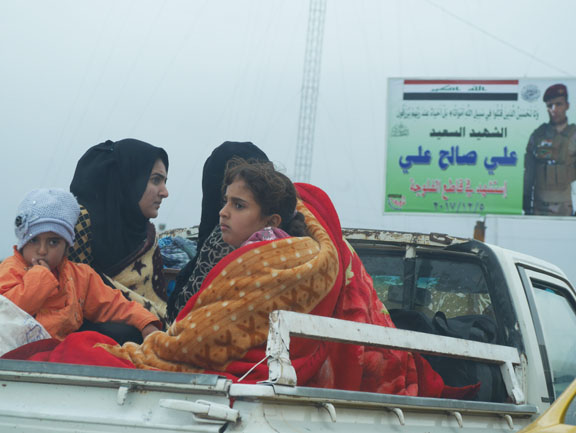 IDPs return to Kirkuk from the KRG. ©2018 Derek Henry Flood