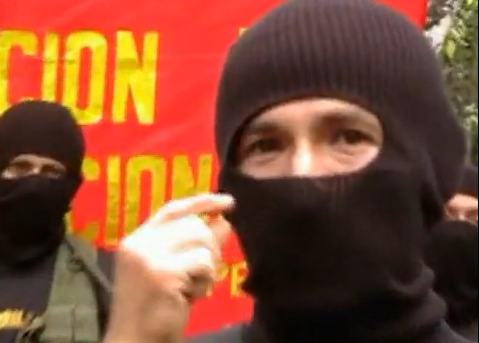 The Shining Path's Upper Huallaga Valley leader Comrade Artemio in a video grab I made from Youtube.

Additionally, if anyone would be interested in helping me financially in traveling to South Sudan for the independence referendum in January, please contact me.-Derek